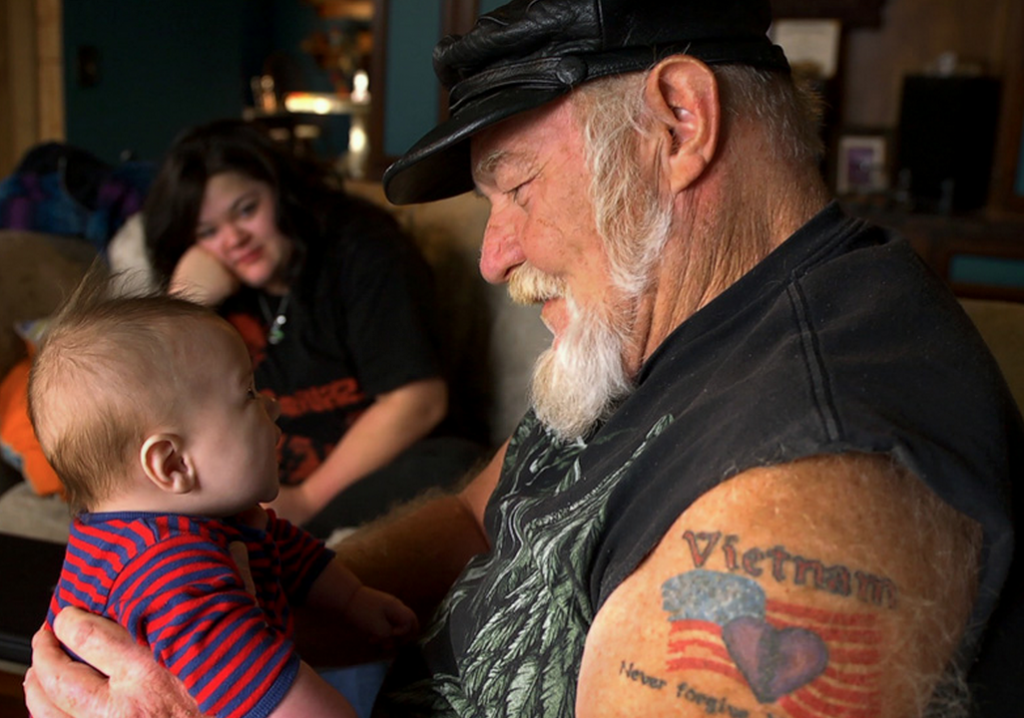 “Stray Dog” is a quietly extraordinary documentary about American life today. Like director Debra Granik’s last feature, the 2010 Oscar-nominated indie “Winter’s Bone,” it is set in a financially challenged rural Missouri community, and its titular character is the appropriately nicknamed Ron “Stray Dog” Hall, a biker and Vietnam veteran who is as grizzled as he is unfailingly open-hearted. When we first meet the pot-bellied sixtysomething, he’s decked out in leather, tattoos, and stars-and-stripes patches, and is smoking and sharing moonshine with his war buddies. That’s about the extent to which he and his clan conform to coastal stereotypes about the Heartland poor, a demographic this film investigates with a plainspoken generosity that mirrors its protagonist.

Ron runs an RV park, where he dotes on his pack of small dogs as well as his second wife, sweetly insistent Mexican immigrant Alicia. Ron’s Spanish is as rough as Alicia’s English but the pair show each other more consideration and care than most couples do. Together, they make an annual healing motorcycle pilgrimage to the national Vietnam War memorial. Four decades after his two tours in Vietnam, Ron still bears myriad emotional and physical scars for which he attends regular therapy sessions; the opposite of a war monger, he has a hard time forgiving himself for his actions in the line of duty though he finds solace in counseling other vets with PTSD. 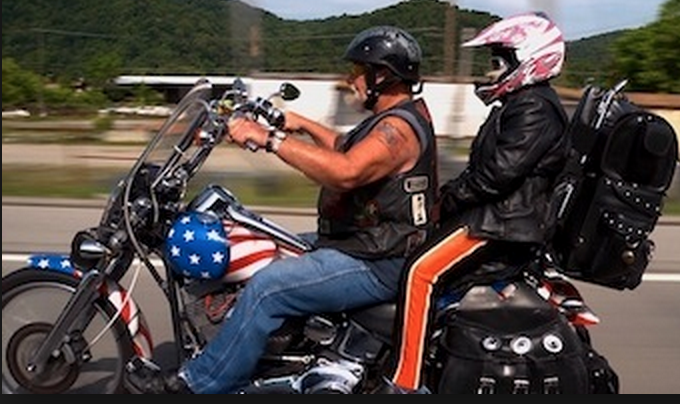 Because Granik rejects such documentary clichés as direct-to-camera interviews or explanatory text, Ron’s world comes into focus slowly and organically. When he visits with his daughter and grown granddaughter from his first marriage to the (unnamed) Korean woman he met while serving overseas, he worries aloud about how they’re getting by on their dead-end jobs. “As bad as things were when we were coming up,” he says, “I really think we were better off than you all are now.” The disintegration of the American way of life is a topic this film visits often, if subtly. When Alicia’s young adult sons Angel and Jesus come from Mexico City, for example, they are palpably if politely aback by her meager circumstances. The irony is clear, especially when Ron’s neighbor says to them, “It must be nice to finally be in the land of the plenty.”

Yet love is always a key ingredient here, as Alicia sternly tells her sons as she walks them through the flower garden she is cultivating. Everyone diligently studies each other’s language, and Ron and the boys patch together a camaraderie as they work together. Angel asks if America is still at war. “Yep,” Ron says grimly. “Old men who have money start wars. Young men who don’t have money fight the wars. And they’re never the same after they go to battle.”

Ron and his pals are tender with each other. Mostly toothless, they troop to the dentist when they can afford it, cut each other’s hair, share precious Viagra pills, and help out whomever they can, given their own limited resources. At one point, they rehab the dilapidated trailer of a depressed “gold star” mother (a woman whose daughter and grandson both died in military service) and encircle her in prayer:”Dear Lord, give her hope again. Let her know there are people who’ve got her back and that, more importantly, you’ve got her back, too, Lord.” These old white men then bend down to hug and kiss this tiny African American woman, who begins to bawl that “she’s not used to people doing things for her.” I bawled too, and not just because I hail from a similarly impoverished and racially diverse clan. 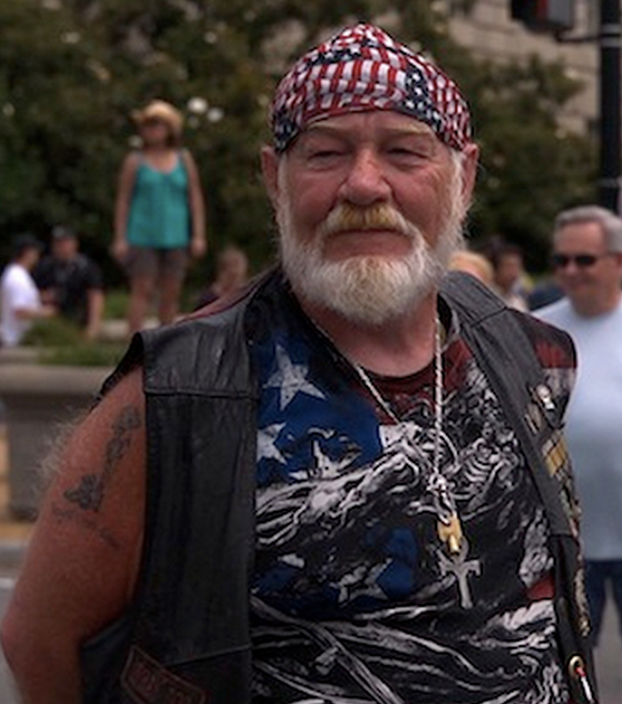 This is the real America of 2015. Much is made – and rightfully so – of how severely Hollywood drops the ball when it comes to sexual, gender, and racial diversity. Yet its narrow-minded, two-dimensional depictions of the financially challenged are rarely protested. Given America’s current trajectory, the “underclass” is this country’s most swiftly expanding population, and it encompasses those from all walks of life. In her unobtrusively assured portrait of an interracial, economically disadvantaged community, Granik has crafted a much-needed corrective to the commonly held belief that poor people are blind to each other and the world at large. Like her subjects, she shows us rather than tells us: Kindness is always key.

Lost…and Found?
Party in the U.S.A.