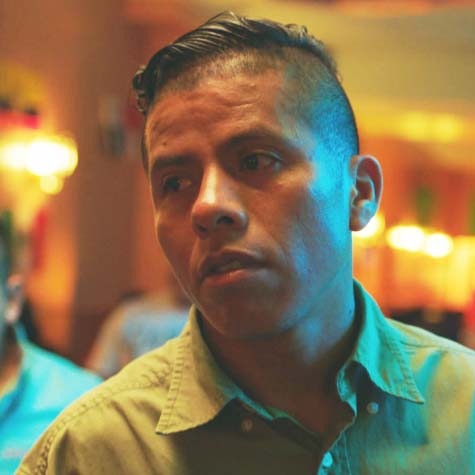 What follows is a transcript of a talk I gave about En el Séptimo Día for the Westchester Film Club, where I often deliver lectures on new independent and foreign film releases.

This may sound odd, but I am very grateful to have watched this film with you fine people. As a critic I embrace any film that does its job well, regardless of the genre. But I admit I most embrace films that shed greater light on the human condition. En el Séptimo Día achieves this and then some by providing a window into the everyday challenges of an immigrant existence that is too often ignored in cinema.

It is, as David may have told you, the first feature in 15 years from much-revered Brooklyn independent director Jim McKay. A few weeks ago when we were discussing the biopic Mary Shelly, I said that a gifted and empathic person could tell any story regardless of race, gender or any other identity marker. This is very true of McKay, who made his mark with two no-budget movies, Girls Town (1996) and Our Song (2000), which both depicted female high-school students of color. It’s safe to say McKay’s approach to filmmaking is classic neorealism, which I consider to be the opposite of reality TV. By this I mean that that through careful research, scripting, and casting he labors to achieve an accurate glimpse of woefully underrepresented subcultures.

For “En el Séptimo Día,” McKay got to know immigrants in his neighborhood before he incorporated pieces of their lives into his narrative. Drawing on interviews and backstories, he fully developed a script and then cast all nonprofessional actors from Sunset Park, Brooklyn, where this film is largely set, and through introducing himself to people on the street whom he thought might be right for a role. That’s less cultural appropriation than empathy in action.

To me, the biggest get was Fernando Cordona who plays Jose, the central character. He’s handsome, with the carved features of a matinee idol and the springy athleticism of a boy, but the real headline is that he’s that rare actor who’s exceptionally gifted at expressing inner conflict.

On one level, this plot seems to revolve around what doesn’t read as a life or death choice–whether star soccer player Jose should skip a vital work shift to play in his team’s finals–but one false move could destroy everything Jose has worked for, and 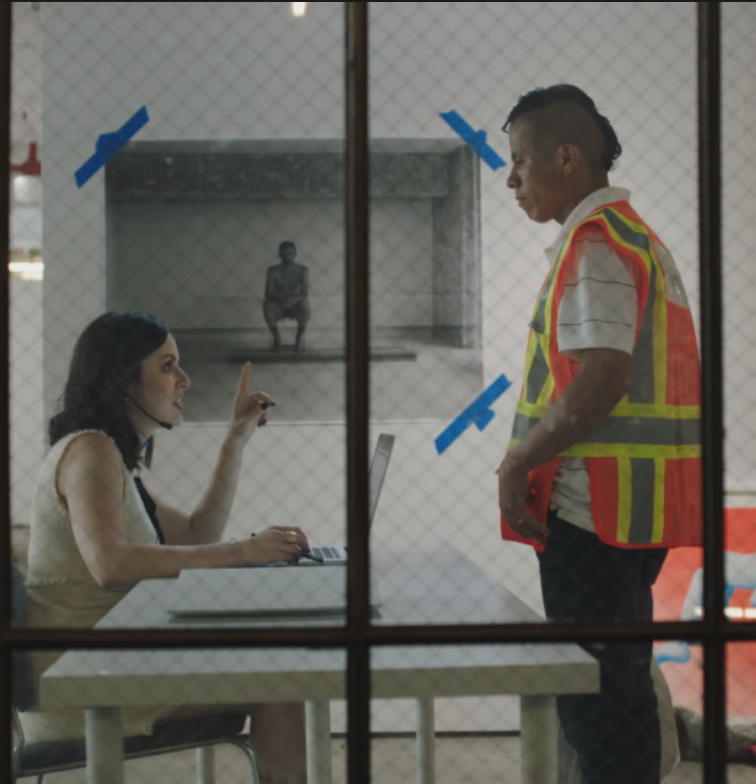 This film works because it is as much about sketching out a self-contained universe as it is about depicting the conundrum that emerges from it. It also works because we come to understand the great stakes and tremendous ironies that surround small choices when you are living in as an immigrant, especially an undocumented one, in contemporary America. I mean, to be clear, the people working at a place called Resistance Media see no irony in treating the food delivery person like total trash, and Jose’s boss obviously considers himself a reasonable good guy despite the fact that he gives his undocumented workers only one day a week off, which he randomly revokes whenever suits him. Whether or not they acknowledge it to themselves, we are shown all kinds of allegedly good liberals who take advantage of these guys with no rights, no OSHA protections, no safety net except each other as they constantly risk their lives biking through the streets of New York.

So yeah, those are some serious stakes. And they are captured subtly and ably thanks to McKay’s carefully layered script, cinematographer Charles Libin, who is so good at stealing exteriors and capturing colorful, crowded interiors, and this extraordinary cast of nonprofessional Mexican actors who in a better world would be considered flat-out professional. This film doesn’t read as a message movie–what I call “death by earnestness”–because it unwraps its salient details slowly and effectively to rachet up the tension and build its case. If you think about it, we don’t even learn that Jose is married until halfway through the film.

For while deciding whether to play in a soccer game may not be a life-or-death choice, paying for a pregnant wife to cross over from Mexico might be, and that’s only part of McKay’s point. What he’s showing us rather than telling us is that Jose and his teammates and roommates have as much of a right as non-immigrants do to fun and rest and community. Every performance in this film matters so much because even viewers who don’t see themselves as racist may not see normally recognize the immigrants doing allegedly “menial jobs” like delivering food and manual labor as individuals with as many idiosyncracies and backstories, sorrows and triumphs, as the rest of us. Here we are shown that Jesús has a temper and a strong sense of justice–so much that he’s willing to lose his job without blinking when his boss screws them over–and that Artemio, the player whose knee gets busted, has a sleepy, subtle sense of wit not immediately revealed by his deadpan demeanor.

“En el Séptimo Día” makes its powerful political statement by never stating it explicitly. Yes, it captures the reality behind a thousand news stories–sketching in how the politics and economy of undocumented immigration translates into daily 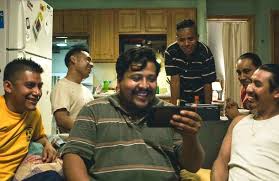 life; how small businesses depend on these workers while also exploiting them. But it also works as a mis-en-scene triumph that is abundant in rich characters and storytelling and humor. In these newly dark days, the film depicts undocumented U.S. immigrants not as the non-humans too many see them as but as people grappling with painful dual identities: those of indentured servants and of dauntless, desperate dreamers. If that’s not the stuff of a great Hollywood story, I don’t know what is. I just pray to Gd for more happy endings in the days and years to come.