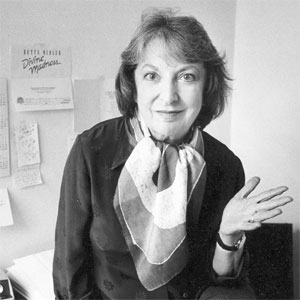 For the last decade, I have lived in a Brooklyn neighborhood in which I have to move my car on Tuesday mornings. If I time it right, the whole ritual is pleasing in a grim sort of way. At 9:28 am, I zoom my car out of the 9:30-11:00 am no-parking zone and into a 8:30-10 am zone. Then, for 30 minutes, I sip a coffee and keep one eye peeled for a cop while I peruse the volume of Pauline Kael’s For Keeps I’ve had in my glove compartment forever. It’s the Kael that makes the experience.

I’ve praised the now-passed New Yorker film critic many times before and will continue to do so, though I’m not always crazy about the company that puts me in. But this past week I was especially appreciating her grownup-lady gaze, and mourning how, even now, such perspectives are too few and far between.

To be clear, by “grown-up lady,” I am not referring to all biologically female humans over a certain age, nor am I excluding any creature brave enough to claim such a moniker these days. I’m naming anyone who’s wobbled around the block a few times in metaphorically high heels and actually learned something along the way.

I hadn’t realized until recently that Kael had already been around that block a few times by the time she began publishing reviews. She was 37, had been married and divorced already, was a single mom of a seriously ill kid, and had run a San Francisco movie theater for years. By the time she became a critic, she had been around long enough to achieve what Virginia Woolf once yearningly dubbed “the androgynous mind.” Kael also possessed a receptivity that, in some lucky people, deepens with middle age. The age when an open heart and mind is a hard-earned choice rather than an uninformed default.

When I started my last blog, roughly four years ago, I was in what I now regard as the senior year of my youth.

I had shut down my first blog, The Broad View, because it had served its purpose: Through writing it I had learned to share my perspectives on popular culture honestly, if not always well. By 2009, I’d managed to make cultural commentating a professional gig—or at least as professional as was possible in our suddenly inhospitable economy. Hence my then-nom de plume New Deal Sally, a hopeful bid for a new era in which opportunities flowed, milk and honey style. What we got instead was Blood and Honey. 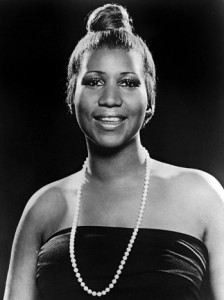 My remedy for dissatisfaction was to moveon.org. I’ve worked as a garment worker organizer, a yoga teacher, a healer, a copy editor, a taxi dispatcher, a production assistant at Sesame Street, a research chief for a notoriously odious gossip magazine. I’ve been flannel-shirted and a fashionista; resolutely dark-haired and Barbie blond; bobbed and bespectacled; slick and unshaven; a radical and a tiresome reactionary (I was very young then); locavore and anorexic and orthorexic and maddeningly macrobiotic; a Rosemary’s Baby-style carnivore and and a try-it-all-foodie; X-ray thin and downright zaftig; see-and-be-seen va-va-voomy and an unabashed cat lady (hear me purr). And I’ve dated—well, doll, that’s for another website.

So when I began writing criticism, I wondered if this pursuit would end as another bullet point on my schizoid resume. Granted, I’d always watched films—obsessively in my formative years—and had even briefly reviewed them on a misbegotten early-morning CBS TV show when I was 12. As a kid I’d sneak into the West Newton Cinema, an arthouse movie theater fortuitously located down the street from my house, and bask in the likes of 400 Blows and Betty Blue every time my old man came down hard on me. In my misbegotten 20s I’d while away whole days in the bowels of Midtown’s dearly departed $2 Theater no matter what was playing. (It was then I developed the fierce affinity for Sandra Bullock that I don’t even bother defending anymore.) I once spent a particularly lonely Christmas afternoon at the Village East Cinema’s showing of Magnolia only to emerge thoroughly reconnected to humanity. A brilliant feat of engineering only director P.T. Anderson could accomplish. Which is to say: what a movie.

And by now I’ve earned the right to know. It’s safe to say I have graduated from my youth and achieved middle age, a stage far too many eschew and far too few embrace. Overall I’m pleased. I’ve reached an age when I know who I am. An age when I know what I still should and can change, and what I just plain won’t, as well as what I truly love and admire. I’m old enough to truly absorb the kindness and wonder all around me, and have taken enough hits to know to be grateful for that too.

Something else I’ve outgrown is bullshitting, so I’ll admit I miss being young.

It’s a little disappointing to realize the first and even second bloom is off this rose. When we’re young, we’re appealing because we’re not yet lined by the choices that eventually we wear on our faces as well as our asses. As we age, our weaknesses and cruelties are more detectable because we can’t slough them off as the folly of youth. They’re in the worried furrows between our eyes, the sour lines engraved around our mouths. But the smile wrinkles are there, too, if we’ve earned them.

It wasn’t so long ago that a woman my age wore the eternal housedress (my grandmother’s was always studded with safety pins), the helmet hair, the disapproving facial expression that indicated sex had already passed her by. In contrast, most of my generation pretends it will never age—let alone die—which is hardly more attractive.

I’ve learned to distinguish between being young, which by definition is a finite state, and being youthful, which is a timeless quality stemming from that Kael-style receptivity–what yogis refer to as “beginner’s mind.” Youthful or not, I nowadays experience a melancholy I never could have imagined in my black-and-white youth. Maybe that’s why we go grey, though letting my hair go natural strikes this forever-blond as plain unnatural). Most times I appreciate the honesty and urgency enforced by biological progression. Other times I miss the floating sense of possibility and anonymity we inevitably shed the longer we’re on the planet. 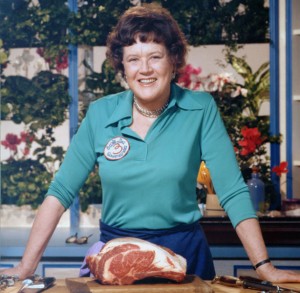 I’ve lost enough loved ones before their time to understand what a luxury it is to reach my middle age—a stage when I can still be someone’s little beloved while also having little beloveds, when I can have friends both 30 years younger and 30 years older, when I can mentor while still being mentored. The world was denied an Edie or a Marilyn in their middle years, when they mght have ripened into women as willing to share what they saw as to be seen. But when we regard the radiance now emanating from Cindy Sherman or Dolly Parton-—from all those women who burn ever-brighter because they keep growing, keep blooming—I know I finally may be of use to myself and others. And if the lives of women like Julia Child, Madeline L’Engle, Kael, Mae West (who was 40 when she first began starring in Hollywood films) and MFK Fisher are any indication, the deepest happiness is yet to come.

I’m even old enough now to say thank you for that fact. And the best way I can do that is to articulate my now-even-broader views in a venue that is solely mine. I’m dismayed by how we writers keep giving away our best milk to social-networking or media empires who treat us like un-unionized scabs. I’m tired of bemoaning how some of the best US-made films don’t get adequate distribution. I’m more interested now in giving such projects, as well as myself, a fair shake. It’s time to sort out better venues for ourselves, which is why I actually created this website myself, with the help of myriad lovely and ingenious friends. (All mistakes and transgressions should of course be attributed to me.)

I suspect I always will write most about film as it’s my truest and first love. But as big screens get smaller and small screens get bigger, as the distribution of everything cultural turns on its head and in its grave, and as the world itself gets quieter and noisier and smaller and bigger and more complex and simpler, I also am moving into writing about everything that sparks me about the human condition—from all aspects of popular culture to what I overhear to what I eat to what I channel.

Middle age, as all of our spiritual grandparents have shown us by example, invites us to build upon the foundation we’ve already established with an informed liberation. It’s about time I built this room of my own.