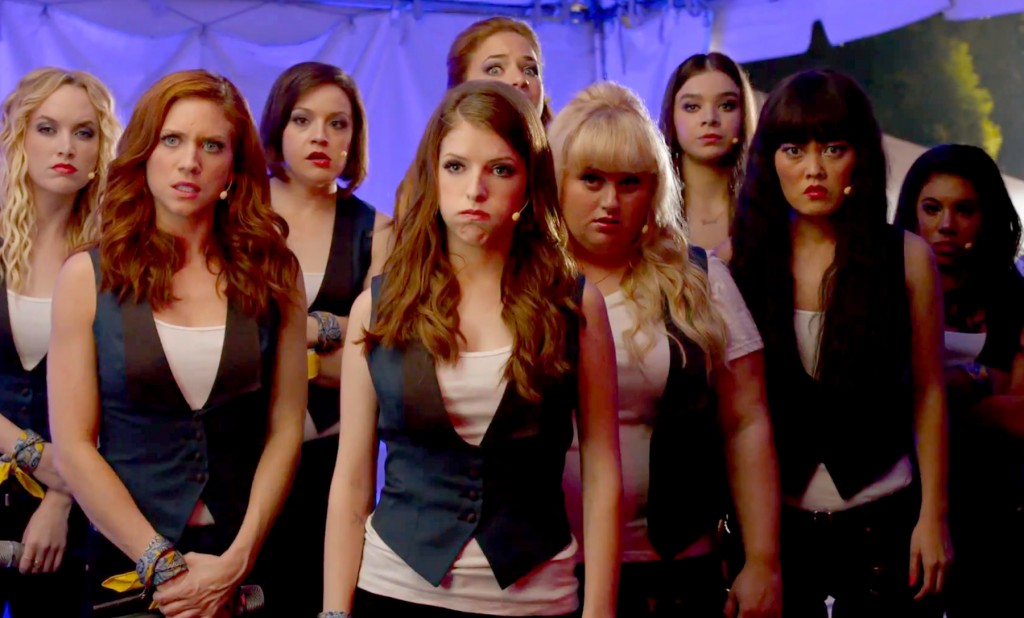 Here at Word and Film, we are not in the business of grading movies. But if I were to grade “Pitch Perfect 2,” the much-anticipated follow-up to the breakout 2012 musical comedy, I’d give it a solid B. As sequels go, that’s not bad, and the film deserves extra points for sidestepping the meta-movie trap into which so many comedic sequels fall. (Here’s looking at you, “22 Jump Street.”) But, though I’m a huge fan of its pop-feminism and hip a cappella (no, that’s not an oxymoron), “Pitch Perfect 2” doesn’t quite hit the high notes of its predecessor. Chalk that up to a too-many-cooks-in-the-kitchen plot and a disappointing profusion of micro-aggression.

Most of the gang from the first movie is still in place – Chloe (Brittany Snow) is now in her third senior year – and there’s a new Bella, legacy Emily (Hailee Steinfeld, sunnier than we’ve ever seen her), who is bummed the group is in such disrepute. Also still in attendance: commentators John (John Michael Higgins) and Gail (Elizabeth Banks, who now doubles as director). 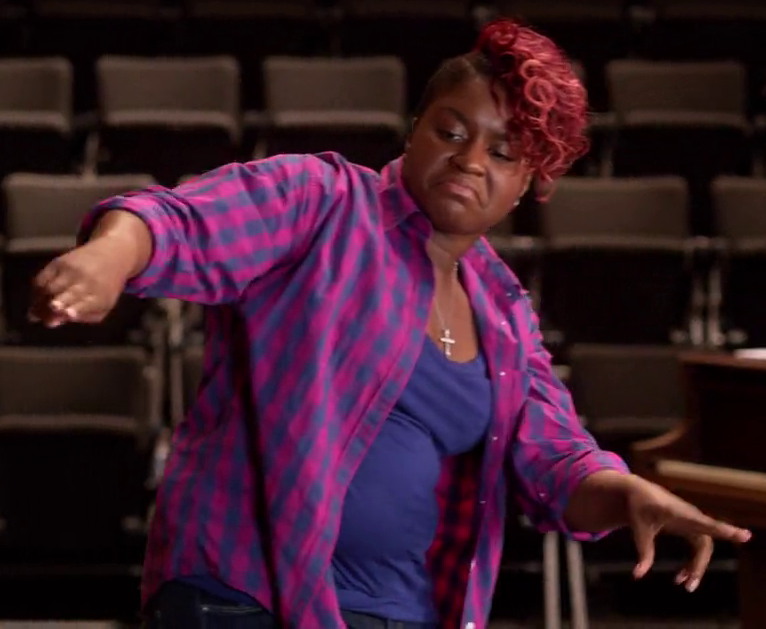 John’s bad-taste humor, a throwback to Fred Willard’s shtick in the dog mockumentary “Best in Show,” is more problematic in this film, especially at the international competition, where he throws out nearly every ugly stereotype about minorities under the sun. Because Banks has fewer good lines this time around (in the spirit of ill-advised modesty?), John’s racism goes unchecked. The effect, for example when an Indian group leaves the stage, is a tacit endorsement of such comments as “they’re running offstage to take more of our jobs.”

Non-white characters get the short end of the stick in other ways, too: Cynthia Rose (Ester Dean) amps up the predatory lesbian angle (an outdated, unfortunate motif); Lilly (Hana Mae Lee) keeps whispering shockers as if that joke never gets old (it does); and the only lines Guatemalan Flo (Chrissie Fit), another new Bella, gets are about how she prefers the United States to her native country. Can you say aca-propaganda? Such political incorrectness is an unfortunate default to early second-wave feminism, which marginalized women who weren’t straight and Caucasian.

At times, “Pitch Perfect 2” is so diffuse and so packed with random cameos that it seems like a mildly funny “SNL 40.” An underground aca-contest between Das Sound Machine, some (real-life) Green Bay Packers, the Bellas, and “the Tone Hangers” (featuring such comedians as Reggie Watts and John Hodgman) is admittedly hilarious, especially with a Southern-fried David Cross at the helm. But other sidebars fall flat and draw focus from the barely there main story: Beca (Anna Kendrick) tries to keep her recording internship secret; Fat Amy and Bumper (Adam DeVine) embark on a surprisingly dull courtship (who knew there could be too much Fat Amy?); and we’re subjected to a super-dull flirtation between Benji (Ben Platt) and Emily, which feels like a sidebar to a sidebar. One plot that gets no screen time this go-round: the romance between Jesse (Skylar Astin) and Beca, which is just as well as their chemistry always seems forced. (Sexually, Beca only perks up when Kommissar comes onscreen; now there’s a plotline that could’ve been interesting.) In general, Beca seems incapable of connecting with others although she’d supposedly cleared that hurdle in the first movie. Kendrick plays this suspiciously convincingly, as if a sequel wasn’t exactly her bright idea. 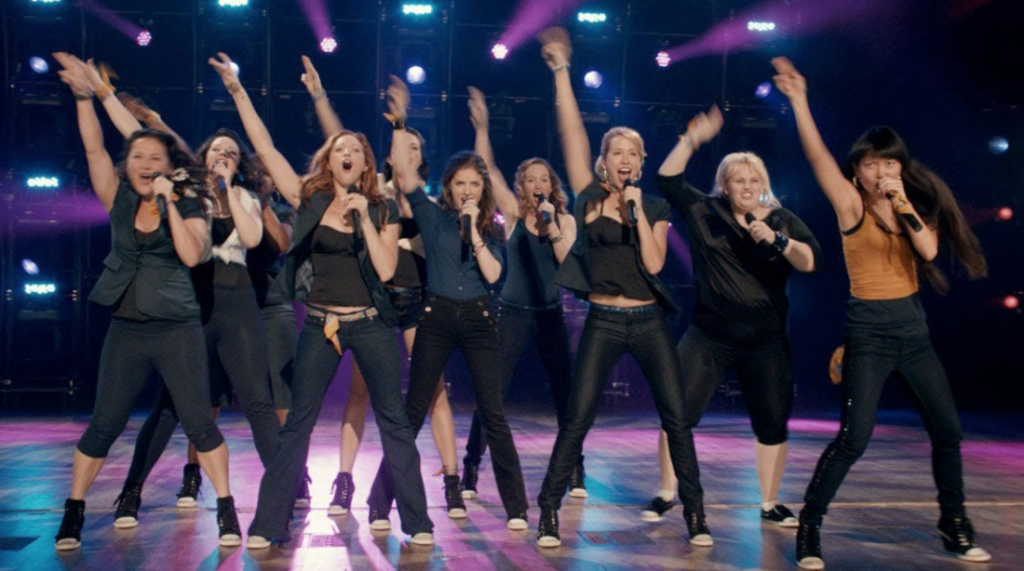 But sisterhood is still powerful, and it all gels whenever the girls sing and dance together. Despite my misgivings, I teared up when the Bellas performed an original song co-written by Beca and Emily – “Flashlight” is the new “Cups,” trust me – especially when other generations of the group joined the stage; the idea of celebrating an “old girls network” on the big screen is still revolutionary. So maybe it’s good news that, given this film’s blockbuster opening weekend (it edged out “Mad Max” domestically), we can expect a “Pitch Perfect 3” – ideally with those sophomore-slump kinks worked out. Hollywood can always use more ladies-first ladies.

This was originally in Word and Film.