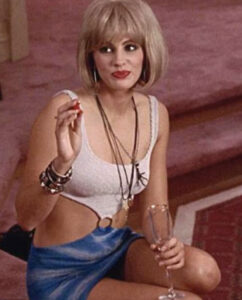 Today’s astrology is big. Huge. So huge in fact, that I find myself quoting Pretty Woman-era Julia Roberts. Only this isn’t a mistake—this is absolute cosmic glory. At 2:45 pm EST, a solar eclipse and new moon are happening in practical-magic Taurus near true-calling North Node. At the same time, wish-granter Jupiter and love goddess Venus are intersecting in all-is-one Pisces. Translation?

This first eclipse of the 2022 season is sowing seeds on your behalf, so today isn’t about the sort of intentions your puny human mind can make on its own. It’s about the universe clearing out the rot on your behalf and planting new roots that better align with your highest self, especially in areas of love, creativity, and money. Think new romances, income flow, inspiration!

For everyone—but especially those with planets in Taurus, Aquarius, Scorpio, and Leo between 5 and 10 degrees—today disrupts and transforms. So ground yourself so these new seeds have somewhere to bloom. Go outside and stay outside. Do as much breath work and meditation as possible. 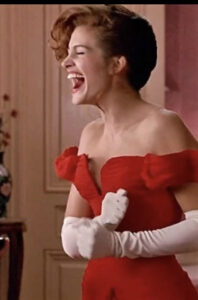 Literally plant something if you can, and indulge in salt water of all sorts (tears, baths, ocean). Above all, unplug from the buzz of daily life to more deeply tune into the divine. When the universe is downloading this much glory, best to ogle with all your senses.

For your unique eclipse download, book a reading; I’ve expanded my reading schedule as this expansive practical magic is most intense over this next 36 hours. (Pictured here: Julia Roberts, who kept showing up in my brain as I wrote this and turns out to have a natal chart radically transformed by today’s astrology. Capricorn intuitive at your service, sweet baby….) 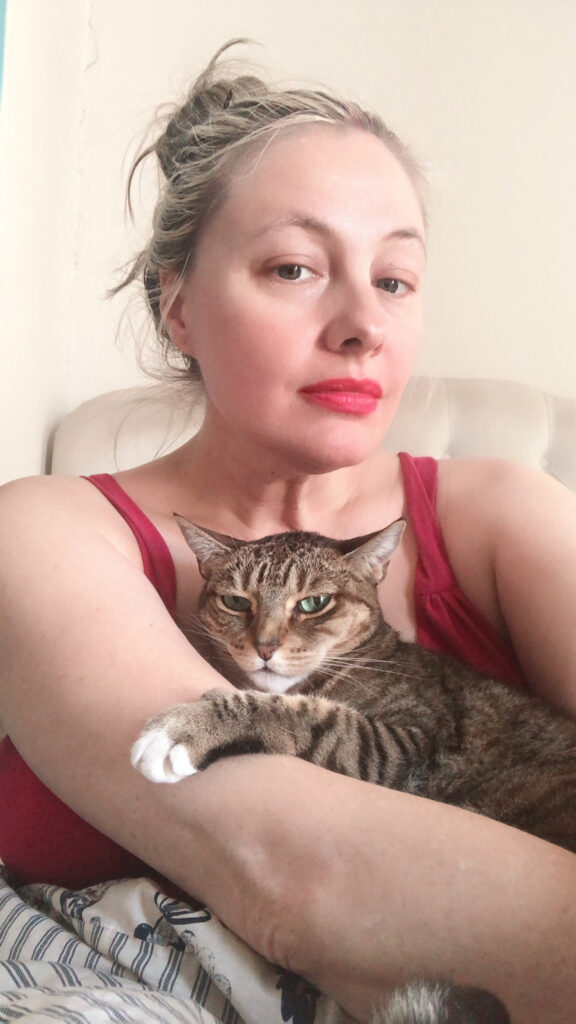 I really feel like typing out why my fella and I broke up this time. So here it is. He and I were at his studio when he started flirting hard with his young female pretty assistant right in front of me. I let it go–male egos are male egos (boring but true), and him preening for female attention is no new story. Then he introduced me to her as his cousin. I said, “oh, cousin?” As in: “You fuck all your cousins?” In fact, we are cousins–third removed, nothing to the British Royals, and sometimes I think it’s funny when he announces it. But there was no earthly reason to introduce me this way to this other lady except to preserve the appearance of his romantic viability. “Also confidante,” he clarified. I picked up my purse and left.

I waited a day to ensure I’d cooled down before giving him a chance to redeem himself. I have a long history of loving this man, and wanted to express my hurt with a heart open enough that it would give him space to meet me halfway. Instead he bore down, said my feelings were bullshit (literally used that word), and that I was gaslighting him and being low-level, un-self-aware, insecure, and (this is rich) not respecting his professional dynamics and women in the workplace. There was so much I could have said, so much Machiavellian manipulation to unpack, but instead to my chagrin I began weeping, not because I thought he was right but because I knew right then we had to be done–that I had to stop making myself vulnerable to this self-serving emotional arsonist. He told me to leave, and began working on an accounting spreadsheet on his computer until I did, sobbing and stumbling.

Sometimes I feel the language of trauma is overused–that what passes for trauma in this day and age was business as usual throughout the history of humankind. But that exchange exemplified how you can be abusive without raising a hand once.

Anyway, two days later he texted that he was sorry I was so upset and a bunch of other actual gaslighting malarkey. I’d written a 2,000-word letter (“You have sacrificed me to the altar of your ego for the last time”) but merely read it to the river before ritualistically burning it. To him I wrote two words: We’re good.

In general it’s been quite a week even for this decade of overwhelm. War overseas worsening, fascism surging everywhere, and a huge shooting in the Brooklyn subways, 22 injured, not to mention a big tax bill coinciding with a weird drought in my practice. The latter I can only chalk up to the blockages in my own field–no energy source anywhere, just drains. I will say this: My back continues to heal, which suggests I am learning to support myself no matter what the circumstances. Good thing, too. 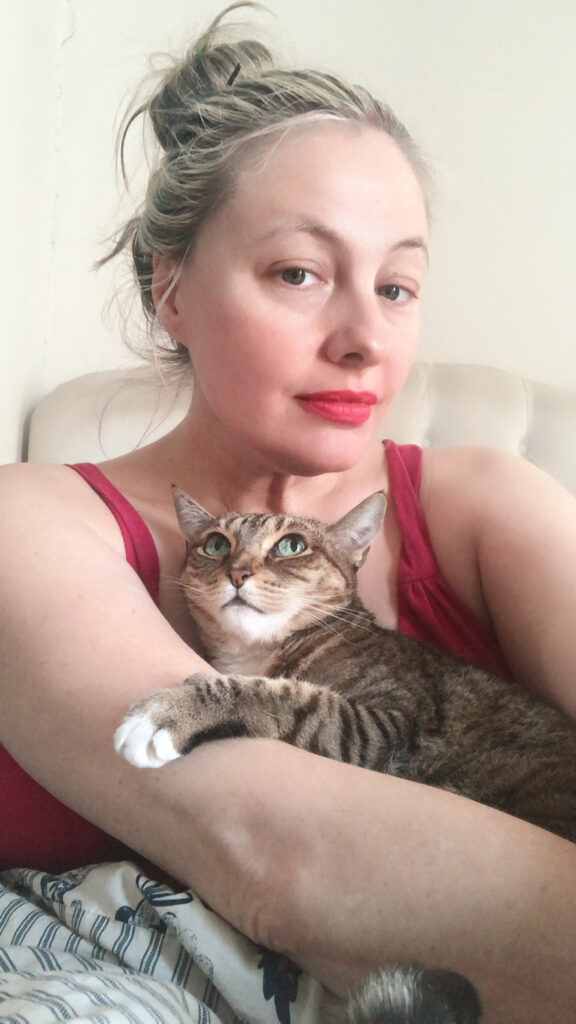 For just once when there was a NYC disaster, I’d love my Boston-based parents to ensure I was ok. They didn’t check that I was ok on 9/11/01 (I wasn’t; two friends were killed, including my boyfriend’s sister) and they still haven’t checked on my status since the subway shooting. I thank all who did check in, and in fact am fine and so are my people, but we’re also fearful and sad and angry. NYC really feels scarier as the hatred and chaos liberated by Trump and covid (and late-stage capitalism) keep spreading in a place where so many different people from so many different walks of life share space, usually beautifully.

I know it’s unseemly to put up such a self-pitying post at age 51 but lately I haven’t been saying anything since I haven’t had anything nice to say. Honestly though? Fuck nice. I value kindness but the hegemony of niceness mostly exists to reinforce a problematic status quo. My clan’s silence distills their pathology perfectly in a culture that upholds the biological bond above all else, and my choice of love object indicates I’m still working through that legacy. My chosen family—including you—is spectacular, and for that I’ll always be grateful. More than that, I am grateful for every impetus to expand my own compassion, healing, and insight. But boy o boy Massholia can really be a state of mind.

*message me if you want to read the letter. I just may post it as a matter of record. 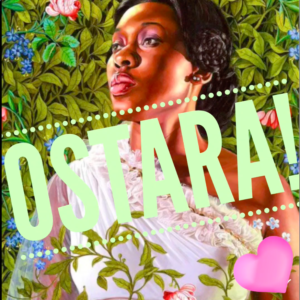 Today is Ostara, the vernal equinox, the first day of spring. It is the year’s most powerful burst of energy, a bright new bloom, a stupendously roaring fire. In the pagan and astrological calendars, it is also the first day of the new year—when Mother Earth officially bounds back to life. We embrace this hallowed event with revelry and pageantry—flowers, feasts, costuming, wine, orgiastic writhing (ahem!). But let us also embrace this reboot as a softening—of the soil, the air, our hearts.

Take a moment today to go outside, place your hands on the heart chakra, and inhale this change. How will you serve your highest self and the highest good? Better yet, how will you celebrate it? Breathe in this new space, then gently request your highest spirit to build it out.

Pay close attention to your dreams tonight and to anything out of the ordinary over the next 24 hours. The veil between this world and the next is unusually thin during these transitions, and blueprints and tools are more easily delivered from guides, ancestors, and the divine intelligence of the universe. 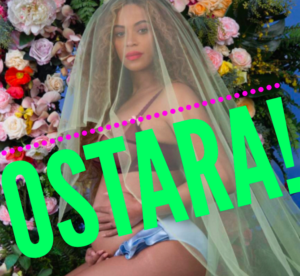 This next month is an extraordinary time to divine new paths and release roadblocks. Schedule an intuitive reading here.