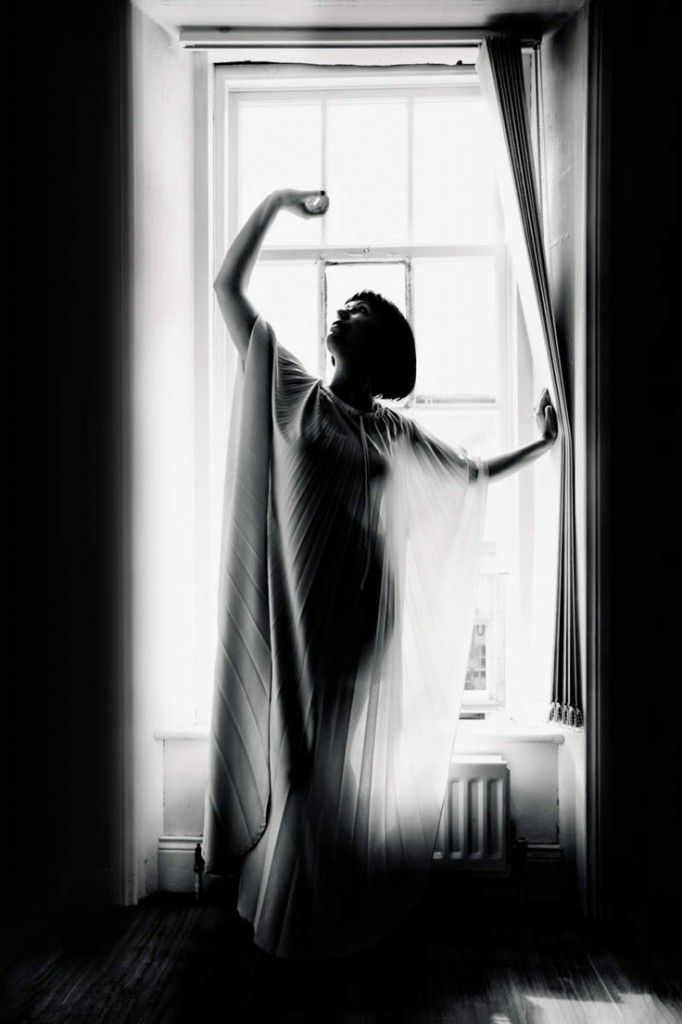 For a while in my twenties, I only could wear beige, white, and black. I was very sick at the time, and in my long recovery, I couldn’t handle the strain of real color. This, in retrospect, is how I know that I was gravely ill, for color is and always has been very important to me.

My abstinence from color had happened once before. That time, I lost my ability to perceive color all together, and it was that loss, coupled with a harbinger of the symptoms that later capsized me, that forced me to accept that I had to separate from my family of origin. The metaphorical and literal often blur dangerously on the blueprint of my body. I suspect this stems from the lifted veil that I take for granted.

By nature I am highly selective about the colors with which I surround myself. The off-tones of the early 1990s hurt my eyes, for example. Those mustards and greyish purples always seemed so joyless–sanctimonious, even, as if it were not PC to shine. (I never viewed a friend who got married in a brown dress the same way again.) In my mid-teens, I was known as “the green girl,” for I liked to wear as many shades of green as possible. It wasn’t an affectation. The green made me feel hopeful and connected to something bigger than myself. Alice May, my mother’s mother, was the only one who understood. She adored green, which she said was the color of life and love. She had a winter green couch that was my favorite place to read.

When I finally decided to transform my apartment into a home, my first step was to paint the walls. The front room became a symphony of peacock blues (so much so that a large art-deco peacock hangs from one wall). I festooned my dressing room, where I most powerfully feel my powerfully self-possessed great-grandmother Rubenfire, with a thick band of bordello red. My kitchen, of course, was painted yellow. In my family, we believe that kitchens are meant to be yellow. (Not bedrooms, mind you. Alice May said yellow bedrooms only created pain and anger, and advised couples to avoid them.) 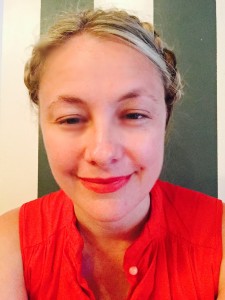 The colors I wear are even more deliberate. I spend far more time selecting the hue of my outfits than any other aspect, and often know what colors the day will require before I open my eyes in the morning. Most times, my street outfits are blue, which makes perfect sense. It is a calming color, a healing color, and right now I require as much Mother Mary as possible. (Trouble still looms on the horizon.) When I really need to see and be seen, I wear red dresses with red lipstick. Powerful self-possession runs in my line, after all.

I have two different nightgowns: one sky blue, one pale orange, both swiss-dotted. (Polka dots are so civilized.) I switch between these two gowns based on what kind of sleep I require. If I am seeking an evening of illuminating dreams, I wear the orange, for orange is the color of the second chakra, and will help me gather the information I need to know. But if I seek restoration above all else, I only can wear blue. This week as I lay inside with flu, the blue nightgown was all I could stomach.

I know that even if you generally subscribe to my cat lady mysticism, all this may be a bit much. But different colors do radiate different energy frequencies, and the part of me that registers the subtlest of energetic shifts experiences color on a very visceral level. When I need a boost, I merely have to look at a Mark Rothko, Gustav Klimt, Mickalene Thomas, or Vincent Van Gogh painting or, better yet, go sit in a field of flowers. My soul feeds on these symphonies of color like nothing else.

Another element of my gift is that sometimes I am given information through the dreams of other people. It seals a bond not only between me and that other, but between them and the bigger forces in which they may not believe. (The magic of the universe has been socially supplanted by the magic of technology.)

When I still could not wear anything but drab colors, I took a lover about whom I have written before. He had a dream in which he fell in love with another woman and felt terribly guilty about it. This woman wore brilliant blues and greens, and when he finally saw her face, he saw that it also was me. As he recounted the dream to me, he said he still felt as if he had cheated on me. I said we’d been told by the dream that I eventually would get better, and that he had the ability to love me at my strongest as well as my weakest. This did not turn out to be exactly true; his romantic allegiance forever remained with the sicker girl. But to both of our credit, we were able to transition into a beautiful friendship when the blues and greens became my regular uniform.

As I type this I am wearing a purple and gold caftan, which lately I don the minute I get home. I bought it on the street from a Nigerian woman with a kind mouth and stern eyes, and in it I feel potent and commanding though I never have been drawn to such royal colors before. Sometimes I know the colors before I know the story. This is part of the gift we are all given.

A Case of the Camilles
‘Beasts of No Nation,’ Fable for All