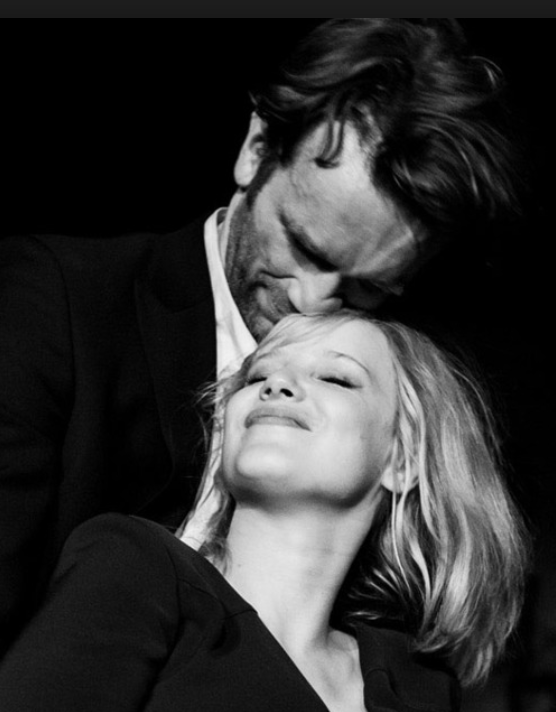 What follows is a review adapted from a lecture I gave to the delightful Westchester and Huntington cinema clubs. It’s been a joy to share films with these groups all year.

I think this is the most beautiful film of the year. As soon as I saw it, I called [curator] David [Schwartz] and begged him to let me to show it you. And what’s most special is this beauty feels like a hard-earned decision to not just see the darkness but the lightness in a world full of oppression and corruption and hard, hard times–both then and now.

About a 15-year relationship between two musicians in Cold War-era Poland, it is directed by Pawel Pawlikowski, who in addition to directing My Summer of Love and The Woman in the Fifth, directed 2013’s Ida–so good!–which is also set in his native country of Poland. This one is based on his parents, who both died in 1989 after chasing each other for 40 years on both sides of the Iron Curtain. Like this film’s central characters, they were named Victor and Zula, and were blond and dark respectively. END_OF_DOCUMENT_TOKEN_TO_BE_REPLACED 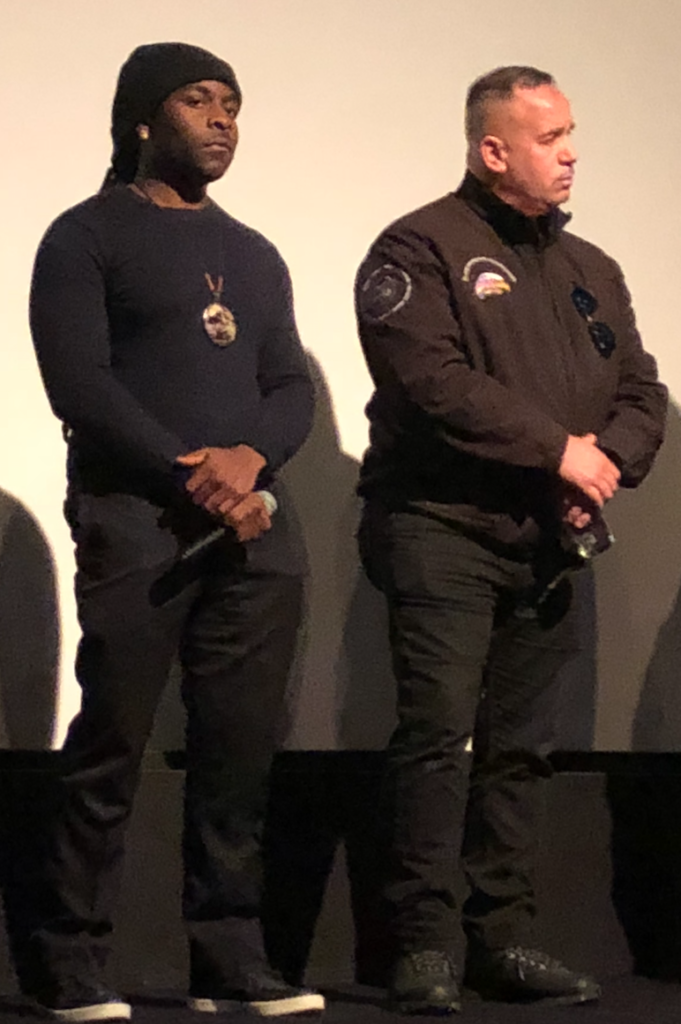 Tonight I attended a screening of “Crime + Punishment,” Stephen Maing’s Sundance-winning doc about the NYPD’s illegal quotas system, under which officers are retaliated against if they don’t meet a certain number of summonses and arrests per month. I’ll be honest. The Tree of Life shootings already had me so down that I didn’t know if I’d make it through the night; as a Jew, a queer, a woman, and a fan of humanity-at-large, I’ve never felt more scared and sad about living under the shadow of a hate-speechifying president who proudly calls himself a nationalist. But something happened that I didn’t expect: I started to feel hope.

This film about a NYC-wide economy dependent on institutionalized racism focuses on the brave efforts of the NYPD12, a group of police whistleblowers who’ve filed a related class-action lawsuit; on the many NYC males of color, aged 14-21, who are targeted and brutalized by quotas; and on the families, activists, lawyers, and criminal investigators who support them. That these brave men and women still have the audacity to battle corruption when everything seems so relentlessly uphill reminds us that there always have been fucked-up power hierarchies, and we have no business giving up until they’re gone. In a profoundly moving Q&A at the Crosby Street Hotel screening attended by many of the doc’s key players, police sergeant Edwin Raymond spoke about how the struggles of the ancestors embolden him to fight today. “This is my turn,” he said calmly before going on to describe how he is being targeted within his department for speaking out on behalf of his community. In the face of evil, we all must serve 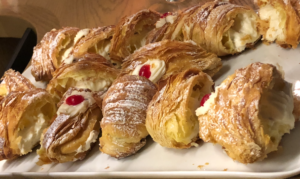 as clear-hearted, clear-headed officers of love. Thank you, cousins from other mothers, for your example. And thank you, brilliant investigator and former cop Manuel Gomez, for providing us not only with your brilliant proposed legislative reform–go to his website for the details!–but for your delicious “lobster tail” pastries. Sweets to counter the bitterness is not just the Jewish way. It’s the way forward for us all. 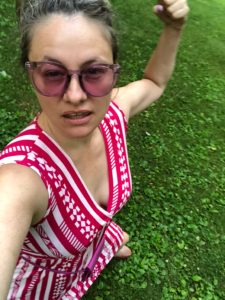 I ducked upstate this weekend to avoid the three-digit temps of NYC, not to mention the Mars retrograde kerfuffle (and, boy, do I have some stories for a later date). But even here in Hudson the weather’s been too swampy to do anything but cower in air-conditioning. Yesterday I fetched things from greenmarkets and farmstands: beets, tarragon, mint, cilantro, green cabbage, rainbow carrots, boston lettuce, cherries, blueberries. I thrifted: two dresses, one skort, one vintage slip, three milkglass candle holders, one pyrex pitcher, all for 20 bucks! I assembled meals: chopped greens and herbs and roasted chicken and beets, all dressed with plain yogurt and tarragon and mint and cilantro and lemon.

Twas an embarrassment of simple pleasures.

Today was too hot for that level of activity, though. So I decided to put my money where the women were: Oceans 8 at the local cineplex. The screening was well-attended, I’m happy to report, not only by my fellow retirees (lately I’ve been taking dowager chic a little too seriously) but by a handful of fathers with their young sons and daughters, a pleasant surprise that. I’m less happy to report the lady-packed sequel felt like another H-Wood sloppy second: boy director, boy co-writer, boysboysboys 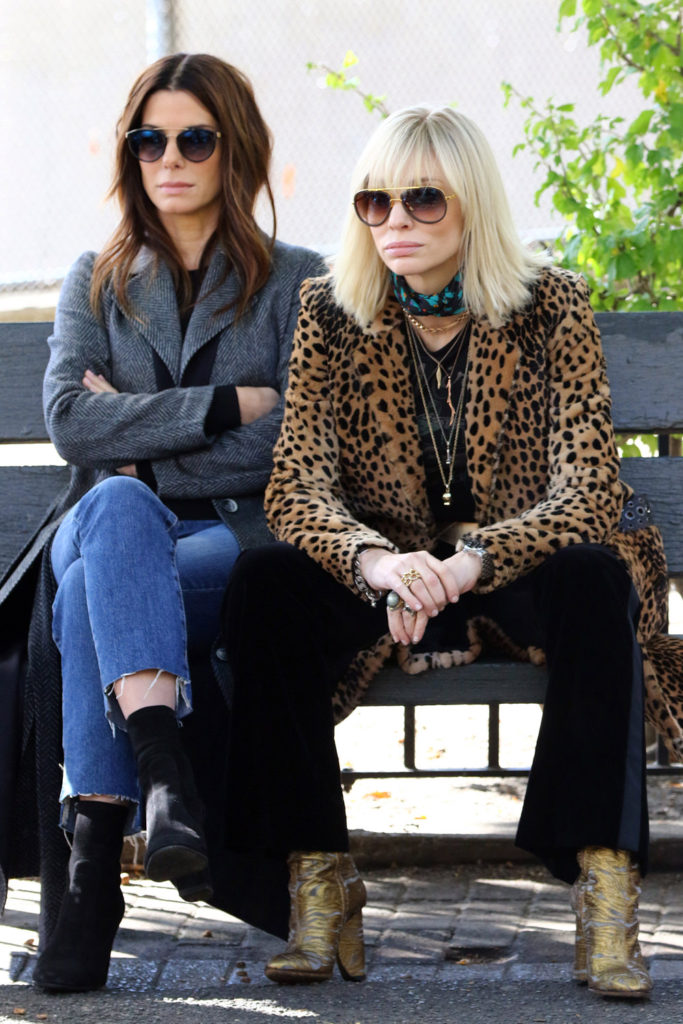 behind the camera. Every one of these brilliant female actors-Rihanna, Cate Blanchett, Mindy Kaling, Awkwafina, Sandy Bullock, Sarah Paulson, Helena Bonham Carter, Anne Hathaway– were reined in by electric dog collars, the plot points and joke setups languishing on mobile fainting couches. I’m guessing this was meant to read as what my colleague Odie Henderson calls “ratpack laissez-faire.” Really it read as thorazine shambles.

Still, twas a much-needed visual model in feminine competence and solidarity, if one not nearly as funny as its individual performers. Cate and Sandy were searingly hot with sexual chemistry galore and a distinctly grownup swagger. Elliot Gould in a fur coat and Swifty Lazar glasses waddled through a much-welcome cameo. And the air conditioning? Killah.