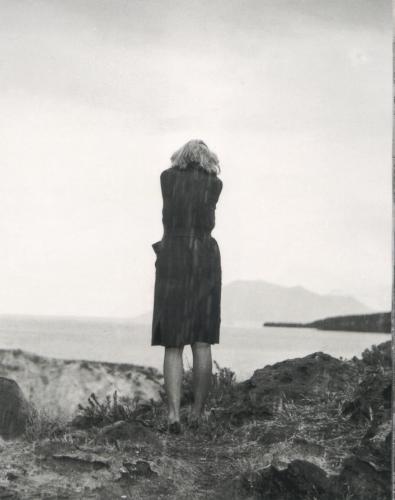 I spent two of yesterday’s most sweltering hours at New York City’s Film Forum, transported to the big black-and-white glamour of L’avventura, Michelangelo Antonioni’s 1960 travelogue. Many of my colleagues swoon over this film’s contribution to film grammar, its exploration of the myriad faces of love, and they’re right to do so. I sat amongst some of them yesterday and their faces looked uncharacteristically sweet, even innocent, as they watched, rapt, in that screening room. That innocence is part of why I gladly, worshipfully surrender to the Italian director’s films again and again, especially in summer. In his still and silent and perfectly framed worlds dwell the purest respite I know outside of actual nature.

For Antonioni’s films almost—almost—compensate for the terrible swamp that New York invariably becomes every summer. I know many who sing New York summers’ praises, and when I was young I was one of them. To people’s complaints that they missed nature in New York, I’d reply that in New York we humans were the nature. I still think that’s true. Bumping against each other with virtually no personal space, we prowl about, sniffing each other’s butts, brandishing our feathers and guarding our turf as fiercely as any beast in the wild. If our jungle happens to be concrete, what of it?

But every year I feel less charmed by the gorgeous mistakes we New Yorkers tend to make in our unbearably hot summers—by our flaring passions, our sticky bodies, our business exposed every which way. I long instead for the one thing that’s hard to order up in this crazy apple unless you’re on a billionaire’s budget: quiet. A silence, uninterrupted by anything except for the ripple of a pond, the warble of a bird, the rustle of wind snaking through trees. Maybe the ice clinking in your glass.

A reverent hush used to prevail in movie theaters no matter what was playing but now the volume of soundtrack-booming movies and moviehouse attendees can deafen you. Sometimes that’s a good thing. Nothing is more glorious than the denizens of Downtown Brooklyn dancing along to Step Up, and what would a crash-and-burner like Fast and Furious 6 be without the satisfying crunch of metal? But mostly the noisiness of a movie-going experience makes me feel like I’m in the middle of Times Square. Today.

L’avventura doesn’t, though. About a woman and man who fall in love while searching for his missing girlfriend, the movie is blessedly quiet, as if it doesn’t wish to miss any detail of its own sensuality. And nor should it. Antonioni’s characters are always animalistic—nearly mute in their raw expressions of envy, sorrow, fury, desire—and thereby even more purely human. With L’avventura as with all of his films, plot is to some degree besides the point and time moves glacially, if at all. What matters is staying as present as a cat, as a child, as a lover, as a beginning and as an ending. And that entails listening as well as looking.

There in Film Forum yesterday I succumbed happily and wholly to the roar of the ocean, to the shadows cast by lovers kissing against a sea wall, to the whisper of bedsheets against a woman’s skin, to the ecstasy of her legs, nude, as they kicked in the air, and to the click of her shoes upon the cobblestones of a city street. It all looked and sounded wonderfully cool and even more wonderfully lonely. Much like nature herself.

L’avventura can be seen in a lush 35mm restoration at Film Forum July 12-25. Go see it. 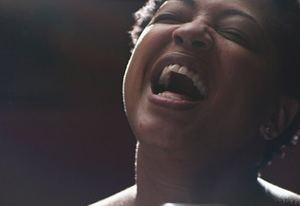 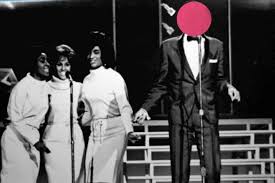 So I get backup singers. And the dynamite news is that Morgan Neville does, too. He doesn’t trip over himself as he carefully builds the arcs of these individual women’s lives into something that is, fittingly, bigger than the sum of its parts. Starting with a credit sequence in which he slyly reappropriates artist John Baldessari’s work by applying dots to the lead singers in vintage R&B images, Neville draws upon whatever works best to tell this ultimate underdog story. He enlists some of the biggest names in the music business—Sting (poncey as ever), Bruce Springsteen, Stevie Wonder, Mick Freaking Jagger—to lay out the enormity of these women’s contributions to the twin canons of rock and roll and R&B. Wisely, though, he mostly lets the women speak for themselves. END_OF_DOCUMENT_TOKEN_TO_BE_REPLACED 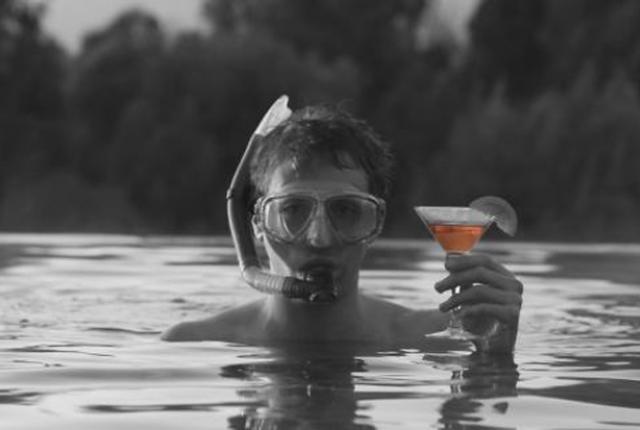 It’s no surprise that it took an American who cut his teeth on TV to successfully film a Shakespearean comedy. TV, unlike movies, has always been about the writing, and though the rise of premium cable has changed that to some degree (the lush visuals of Mad Men, including Jon Hamm himself, would have been inconceivable even a decade ago), TV remains more writing-focused than nearly all films that come down the pike.

Still, the sheer pleasure of Joss Whedon’s Much Ado About Nothing does surprise, if only because a really terrific film always comes as the nicest of surprises. Shot against a modern Southern Californian backdrop in a stylish rather than showy black and white, it looks just good enough to prove undistracting. And peopled with an equally unshowy cast of TV actors rather than movie stars, this Much Ado About Nothing has the good grace to duck an ado about anything. Except the language, which soars here, unadorned by the smoke and mirrors dooming all too many cinematic adaptations of the Bard’s work.

Like TV programs, Shakespeare’s works are truly populist—not so much by throwing a few crumbs to the groundlings as by casting a spell that enchants the largest of human common denominators and raises us all up in the process. There’s a reason his works established the templates upon which nearly all subsequent stories are based. In his plays Shakespeare lays out the most universal, the most timeless, the most glorious messes we humans ever make for ourselves—triangles and intrigues built upon paranoia, greed, lust, envy, self-hatred, tribalism—and then gently coaxes us into revelation by virtue of the words, the words, the words.

The assumption that bumperstickerese and monosyllables are required to reach the “little people” has always been wrongheaded. People from all walks of life comprehend the King James Bible, thous and begats and all, and the same can be said for the diction of Willy Shakes (as is the Bard’s handle on, of all things, Twitter) when it’s allowed to speak for itself. Yet film directors forget that too often, either drowning their adaptations in pomp and circumstance (here’s looking at you, Branagh) or sidestepping the breadth of the verse. Not Joss, though. He who fed strong (and sometimes queer) women to the American viewing public without inciting a major backlash has made a Much Ado both gimmick- and fancy-free. He circumvents the intricate Italian politics that have always plagued this story by updating Leonato and crew as big businessmen. The inobtrusive wardrobe, hair, music, and set here harken back to the 90s, that most stylistically innocuous of decades (and Whedon’s TV hey day, don’t ya know). And it goes without saying that the plot and verse endure very few embellishments.

All the better to lay bare those screwballs, which actually do get rawther sexy. (Shakespeare always does.) Behold Nathan Fillion, who plays Dogberry as a menschy beat cop long resigned to buffoonery. Behold that ultimate TV actor Clark Gregg, who plays patriarch Leonato with gleaming eyes and toothless smile. Best, behold the ever-flashing Beatrice (Amy Acker) and Benedick (Alexis Deniso), who (prat)fall over themselves again and again in their efforts not to be laid bare. In sooth, the fleetfooted wit and eroticism of this production is steeped in just enough pop. It sparkles. It stirs. It does not shake.