(This is the first installment of a long project that I’ve decided to post here. As always, dear Sirenaders, do with it what you will. Comments are especially welcome as it’s a work in progress and I’d appreciate the postcard from beyond the abyss.)

“I’d rather be a free spinster and paddle my own canoe.”—Louisa May Alcott 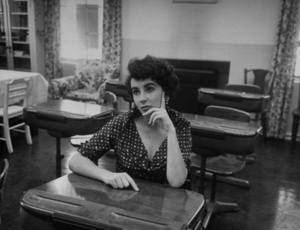 I was barely 26 when I met the Artist. I’d just broken up with the WASP—or, rather, he’d broken up with me after he left for the out-of-town grad school program he’d selected over my protestations, and I didn’t go with him. Though I’d yet to make any progress in my dream of standing on my own two feet in New York, I hadn’t been been ready to jump ship on the city just yet. I’d been raised by a woman who’d made it clear that suburban housewifery paled in contrast to her brief single-girl stint in Boston proper, and I wasn’t keen to follow in her footsteps. My dreams may have been cobbled together from mid-century movies and books—a cute apartment with a cat; early morning sunlight at a desk overlooking a cityscape; stoop-snooping with a coffee at my side; plenty of occasions for clever outfits and cocktails—but I wasn’t ready to give up on them. I hadn’t even learned to drink cocktails. Or coffee, for that matter.

Though it rattled me to the core, it wasn’t the worst thing when The WASP swapped me out for, as he put it in his Dear John phone call, a “more appropriate partner.” (Reader, he really said that and, Reader, he really married her.) After several weeks of weeping on friend’s couches, I realized I was more scared than brokenhearted. Drying my tears, I did as the Santería lady in my old building had taught me. In a note taped to a candle I wrote down everything I wanted in an apartment– a good-sized kitchen, hardwood floors, tin ceilings, a backyard, proximity to Brooklyn’s 7th Avenue D Train Stop, even the exact rent I could manage ($650, if you can believe them apples). The candle burned for seven days, and lo! on the eighth day, I passed a nebbishy Park Sloper on Flatbush Avenue tacking up a sign for exactly what I’d requested. True, he explained abashedly that it was a low-ceilinged basement apartment that rattled with the caucophony of his large, loud children and large, loud Swedish wife; he and his family occupied the rest of the small brownstone. As the daughter of another Woody Allen type who’d married a big blond, I wasn’t put off. I’d accepted long ago what some men would put up with for the shiksas of their dreams. By the end of the week I was settled in with my scant possessions.

At which point I fell into the sort of existentialist spiral that, when you’re young, comes equipped with a rosy, irresistible glow. It helped that I was confident that the future would outstrip where I’d been. The WASP, though tall and handsome and moneyed and wonderfully constant, had been a self-referential, redundant snooze upon whom I’d been too dependent to defy with anything but my immune system. The resulting ailments I’d developed were more common in 19th century Freudian subjects than in former riot grrrls: numb limbs, involuntary bulimia, graying skin, blurred vision. It wasn’t a huge surprise that they disappeared within a month of moving into my own apartment.

I celebrated by kissing a boy so slight and immature that he offered me a juicebox on our first date. Then I kissed a bookstore clerk with red hair and pale lashes, two qualities that to this day throw me for a loop in a suitor. I moved on to kissing my osteopath, a curly, burly bear of a man who rubbed my inner thigh vigorously (medicinally?) with one hand while readjusting my spine with the other. But after a weekend in which I ran into both the elf on a date with an equally elfin girl and the osteopath with his stricken-looking wife, I realized I should take a breather and revisit my original, ever-elusive goal of self-reliance.

It would take me two decades to even grasp what that term entailed.

I spent the next weeks rearranging the few pieces of furniture I owned, rereading the same dogeared paperbacks I brought with me everywhere, and slogging through manuscripts for a freelance copy editing gig. When I finished that, I spent a few more days slathering on red lipsticks while dancing manically to Aretha Franklin and the Fugees and all the other albums I’d missed since moving in with my ex, who only would listen to music recorded by men wearing plaid. The silence roared anyway.

Though it really wasn’t that long ago, the kind of isolated, fertile boredom I experienced that winter now seems almost impossible to summon. It was a quiet that was only punctuated by the lonely sounds of nearby families yelling, by the clatter of other meals being cooked and eaten and cleaned, and, if I was lucky, by the phone. The cozy affirmation of gchat beeps and Facebook likes, the plaintive ping of a text, were still decades off. I’d almost forgotten that, back then, when you were physically alone, you remained wholly so unless you dialed someone or grew rapt in a project or, God forbid, left your house.

Which was why I found myself at the Laundromat one Saturday night though I’d been determined to bear the solitude in penance for not knowing anyone in New York whom I hadn’t kissed or alienated at some point. It is also why I started talking to the sharp-eyed girl my age who was folding a seemingly endless stack of men’s boxers. It turned out she lived down the street from me and was having a few people over to the place she shared with her “beautiful husband” a little later that night. Did I want to stop by?

When I got there, her husband was playing chess with a man who in profile seemed utterly ordinary. Ordinary height, ordinary brown hair, ordinary Irish-boy features. The husband himself, as advertised, was not half bad. Taking in the original Eames chairs as well his quick, calculating gaze, I wondered whether true love was a concept that had even entered this room. 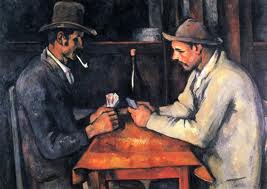 After a bit he looked up. “We’re nearly done our game.”

“You mean I’m nearly done kicking your ass,” said his opponent. Then he looked up and nearly felled me with his Ancient Egyptian cat eyes, a surprise in such an otherwise young face.  “Hi.”

I nodded, having recently mastered the art of shutting the fuck up when flustered.