Get to Know Lisa Rosman Through Her Various Works

House of Wax has got to be the loopiest Doublemint commercial ever made. Starring not one but three sets of errant twins — fraternal teens, fraternal serial killers, and Paris Hilton’s (fraternal) tweens — it takes more cues from ’70s slash-and-gash than the J horror inspiring the recent spate of psychological terrors (the Ring franchise, vanilla bean Boogeyman). And, lo, it’s got little in common with the 1953 Vincent Price vehicle of the same name. Except for, well, wax.

This House poises a gaggle of road-tripping teens at the wrong campsite. Enter a bone-squelching, squirting set of murders, dumber-than-dirt dialogue (like, my cell reception totally sucks, you guys!) and a lot of innuendo between future has-been Chad Michael Murray as Goofus to his scrappy-sexy twin Elisha Cuthbert’s Gallant. A tortured artist who wears an ominous mask and is ace with a blade. A goofball sidekick with the now-standard video camera. A black stud making it with a flaxen nymphette, as interpreted by Paris-Barbie Hilton. Box-office gold, in other words, for who’d resist watching that corporation-unto-herself put into, uh, bankruptcy once and for all? With no less than a pole rammed through her least vital organ, as my colleague delicately pointed out.

Which brings me to my three cents:

1. Never has a movie invited more Mystery Science 3000 narration. Best for DVD, albeit with the parental warning: To be watched in the comfort of your own snark.
2. Any Moral Majority that would have me as a member (or is that any member that would have me as its Moral Majority?) would be protesting the movie’s violence-as-porn already.
3. I am convinced that the under-25 airess has submitted to botox already. Insert Paris Hilton wax joke here, dollbabies. I’m just too underwhelmed. 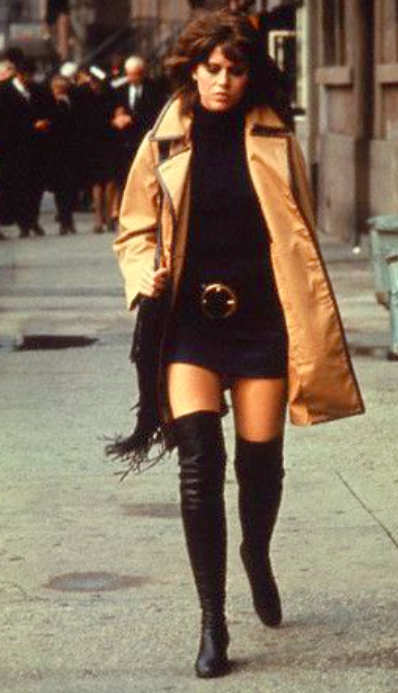 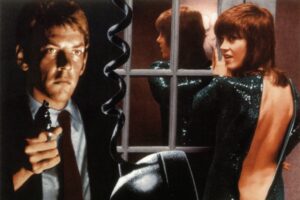 Classic me to still dwell on Ebertfest eight days later, especially since I saw a bunch of Tribeca screenings last week that merit discussion. But I’ve a bit more to say before I lay it to rest, and Tribeca, well, everyone chatters about Tribeca. Much more delicious to linger in the land of Steak N Shake. I swear after this I will lay yesterday’s lunch aside.

It’s just I was struck by the presiding theme of boys transitioning to men. Mario Van Peebles, the scion of madcap Melvin (he of Sweet Sweetback’s Baad Asssss Song), won me over but good when he spoke at length about childrearing at a women and film panel on which we both spoke. I like, not love, Mario’s Baadasssss!, which for sure deserved more press and population than it garnered. Its strength stemmed from dry humor and big convictions, but what struck me most about the film, focusing on how his dad (played by Mario clad in black and a sober expression) wrung out Sweet Sweet despite wildly extenuating circumstances, is where it didn’t go. As a dad, Melvin was clearly a bust in the way that many groundbreaking artists tend to be. His rampant narcissism prevented him from placing first the needs of his own children, especially Mario, whom he forced to enact a sex scene that no professional child actor would today be allowed to enact. Obviously, how Mario feels about his dad is his own business, but I couldn’t help but suspect that his unwillingness to fully strip down that cultural linchpin called his dad resulted in a certain surfaceness in his own movie. He scratches at it, but a deeper, untreated wound still lurks as the elephant in every scene.

The result of that hit-or-miss childhood, however, is that he’s a clear thinker and a really kick-ass dad. He said many things on the panel and in the question-and-answer discussion that I’m still mulling a full week later, but my favorite (besides the eminently quotable “There’s a Baldwin for every budget”) was “We have an obligation to continue the conversation that our culture begins.” It was in reaction to a parent’s expressed concern about the impact of the media on her kids. He’s right. These days, we can’t entirely monitor or censor what children, or anyone, watches. But we can make it a dialogue. A 24-7 Mystery Science Theater 3000. Mario lit up most when speaking about his kids, whom he featured in a little short he made called Baadasssss Grandkids. I wish he were my dad.

Along the same lines, Jason Patric (grandson of Jackie Gleason) surprised the hell out of me when he spoke with Ebert when After Dark, My Sweet (1990) screened. Patric’s career could be most charitably described as bumpy, and he directly addressed that fact with a frankness that seemed to take even him by surprise. Basically, he acknowledged that after Lost Boys, (which my friends and I loved loved loved at the time, and which still tickles my fancy even now), he was loathe to cash in on his teen-king status by starring in the usual spate of action movies. Likewise after the misbegotten Speed 2 (which Ebert hastened to acknowledge he liked; ah, the cheese stands alone), he didn’t jump at the offers that appeared, at least until box-office returns were counted. The result was that the clamorers became naysayers, Patric explained slowly with a low level of amusement. Or at least bemusement. His refusals were perceived as holier than thou rather than as simple no’s by La-la bigwigs, and he’s been kind of blacklisted since. He still works a lot, cutting his chops in theater and the odd but well-received project. Narc, for example, was terribly underrated; everytime it plays on Showtime, it stops me in my tracks. But where he’s to go now as a Hollywood player mystifies him as much as anyone.

What occurred to me while he was talking, with a marked lack of surliness, I might add, is that Patric has a chance to accomplish something very few American male actors really achieve: transition from a boy to a man. Seriously, very few American men, whether it be in Hollywood or elsewhere, really ever step into grownup shoes. Even their features remain painfully boyish, albeit with a few smile lines and stray grey hairs, as they age. And it’s not to their advantage as artists. Youth remains impervious to all but black and white, and it’s the colors that lend art any lasting weight or intrigue. By suffering a bit, by being forced by either the powers-that-be or his own prescient unconscious to marinate on the sidelines, Patric has been granted the chance to develop into a fine actor with all the gravity and stillness of a man. It’ll be interesting to see whether the landscape of American film makes room for him. When I said as much to him at ye olde S n S, he responded that he hoped it’d work that way — while his lip inadvertently curled. But politely, I swear.

Also of note: A true Canadian, Guy Maddin, he of the movies Lynch only wishes he’d remained pure enough to make, is as mild-mannered and sweet-tempered as his films are spiky and flamboyant. That said, he did reveal in a discussion that he has a very rare neurological disorder in which, unless medicated, he experiences phantom fingers randomly prodding various parts of his body. Hear ye, hear ye: The phantom limbs of all his films doth be officially explained.

And, finally, Yesterday, one of 2004’s foreign film Oscar nominations, made me cry like a teenaged girl three weeks late. Somber, still and terrifically brave, it’s the story, relayed in a Swahili dialect, of a young, small-village mother who discovers her mostly MIA husband has infected her with HIV. When the lights came up, I was still crying, and my only consolation was that so was pretty much everyone else. Including Ebert himself, who surely had seen the film a few times if he’d decided to include it in his festival. Talk about Boys II Men, for when South African director Darrell Roodt bounded on stage and started jabbering to Ebert, “Wow, you’re crying!” I stopped in my tracks. That he was white and clownish was surprise enough. I kept waiting for his hypoglycemic-child-going-at-the-birthday-cake affect to wear away, but it didn’t. Let the record show that you cannot judge a film by its director’s cover. Because the film is, er, not to be overlooked.