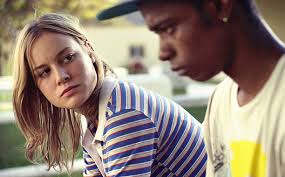 Short Term 12 is a hopeful movie about seemingly hopeless lives. It shows us young people whose stories already appear permanently written—desperately so—and then suggests they still can be rewritten. It is that rarest of films: one whose very flaws teach us to accept everyone else’s. Even our own.

At its center is Grace (Brie Larson), the floor supervisor of a co-ed group home for adolescents who aren’t safe anywhere else. Scrubbed free of makeup, clad in tee shirts and jeans, and straddling the ten-speed she rides every day to work, she looks barely older than the kids she’s supervising. When she opens her mouth, though, it’s clear she is tapping into a core that only could have developed through years of hard-earned survival. The kids themselves are not so broken that they don’t still engineer scenario after scenario from which they must be rescued, if only to gauge whether someone still will. Grace and her colleagues willingly step up to those plates, cueing institutional methodology that works mostly because of their brisk, jocular kindness. One kid in particular—a scrawny-chested boy who caresses his collection of fuzzy dolls like they’re magic talismans—likes to don a cape and bolt from the institutional grounds until staff members tackle him in big bear hugs. Maybe he just runs to get hugged. So much of this film reminds us of how much we do either to get hugged or to avoid a hug lest we then feel too much.

There’s a tidiness to the plotting that doesn’t quite work. Early on, Grace discovers she’s pregnant and schedules an abortion. Soon after, Jayden (Kaitlyn Deve), the daughter of her boss’ friend, is checked onto her ward. Stonily fragile and bearing the unmistakable scars of a cutter, Jayden strikes a chord in Grace, who senses the girl’s secret is like her own.

Even at home with Mason (John Gallagher Jr.), her coworker and live-in boyfriend, Grace doesn’t let down her guard though the two inhabit a cozy domestic cocoon that’s all the cozier for their careful curation of the Ikea and thrift store treasures afforded by their social services salaries. Their relationship is likely to ring a bell with anyone who’s barely survived early chaos by finding a simpatico partner, for Mason is also cozy: furry, slightly rounded, sweet-faced. He is easy with himself and others, but not guilelessly so. In one of many poignant interludes here, he makes a toast at his foster parents’ anniversary dinner that reveals him as one of the system’s 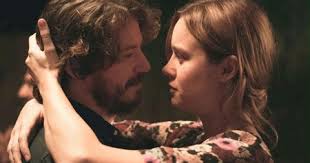 success stories. In his interactions with everyone he carries his hard times but also his deliverance. He loves flinty Grace for her toughness but also wishes to mother her well enough that she will share her heart: he cooks for her, cuddles her, bestows the sincerest compliments in the land. She craves such comfort but also cannot trust it. Needless to say, the sex is uneven.

The tension ratchets up: Grace is alarmed by her father’s imminent release from prison for a crime she still won’t discuss. A favorite resident, Marcus, the son of a drug-addicted dealer, is about to turn 18 and fears living on his own. Jayden is released to her father’s custody though she has admitted to Grace how he’s been abusing her. The progression is tinny, a little too emphatic even as we empathize with the characters. Yet when events invariably explode, the film doesn’t explode along with it.

Director Destin Daniel Cretton knows how to step back and let his strong cast find its way, around institutional cinderblock walls and into the shock of sudden sunlight. Without dawdling, he allows each scene to achieve its natural breadth. He neither hurries nor denies what these broken people can manage, and that patience, ironically unusual in “kids-at-risk” sagas, works by example. Larson is plainspoken and sure-footed, as powerfully immersed here as in her markedly different roles in 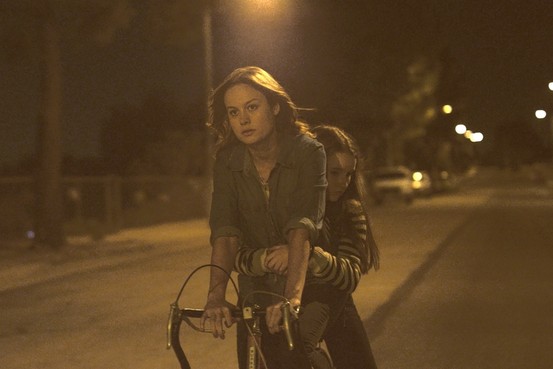 The Spectacular Now and Scott Pilgrim Vs. the World; she is rapidly emerging as one of the finest actors of her generation. Liberated from the smart-ass Sorkinese of The Newsroom (he plays Jim), Gallagher speaks in a gentle, generous meter that calms the central nervous system of the entire film. And the supporting actors—most notably Keith Stanfield as Marcus—take us to hard places with an assuredness that renders each etude unobtrusively memorable.

This script is expanded from a short of the same name, which may explain why it feels a little inorganic. But the neatness of the plot doesn’t detract from its larger emotional veracity: a wariness trumped by a capacity to heal, which is the most urgent biological impulse of all injured beings, really. A joy no less real for its caution, this.