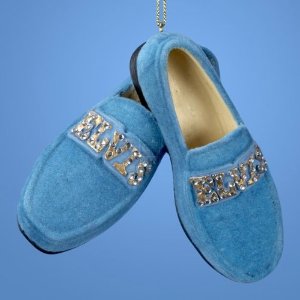 Last week, it was reported that Baz Luhrmann is in talks with Warner Brothers to direct an Elvis Presley biopic. Since rumors also abound that he may be directing a 1970s-style Kung Fu flick, there’s no need yet to start cheering – or jeering, for that matter. (Luhrmann rarely provokes a neutral response.) But it’s likely the Presley movie will happen, especially since Warner Brothers has secured the rights to his full music catalog and Luhrmann has cornered the market on dizzyingly over-the-top musical extravaganzas – think Moulin Rouge! and last summer’s megahit Gatsby.

In the interest of full disclosure, I admit I’ve never been a fan of the Aussie helmer’s films, which seem like never-ending music videos directed by a Busby Berkeley with attention deficit disorder. (Luhrmann’s adaptation of Romeo and Juliet was so steroidally MTV-like that he had to call it William Shakespeare’s Romeo + Juliet in order to clarify his antecedent material.) But even I can’t pretend he isn’t the obvious choice to tackle pop music’s original bad boy, who was no stranger to excesses himself. The only real wild card of this project might be the script, reportedly being written by Kelly Marcel (of the super-saccharine Saving Mr. Banks). That said, Luhrmann’s films are never about anything so pedestrian as words, anyway.

What his films are about is star power. Luhrmann always casts blindingly shiny stars (Nicole Kidman, Leonardo DiCaprio) to portray blindingly shiny stars, and certainly no one radiated star power like The King of Rock and Roll. So the true success of this Luhrmann-directed biopic lies squarely with whomever plays Elvis. It has to be a fellow with enough swagger to override our intellectual objections; enough of a wink to lighten the director’s bombast; enough talent to stand up to the inevitable comparisons to Presley himself; enough of a range to take him from breakout panty-dropper to bloated Las Vegas lounge lizard; and enough heavy-lidded beauty to mesmerize us into submission.  For Word and Film, I consider what actor could possibly fill those blue suede shoes.