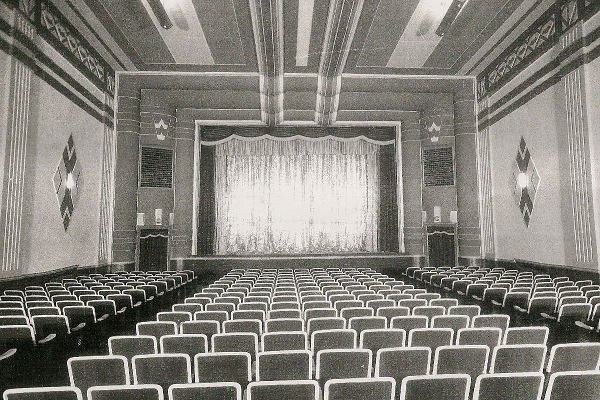 The following was originally published in Word and Film.

Let’s be honest: In the dog days of summer, most of us crave popcorn movies that won’t tax our wilted brains. Gross-out comedies and smash-’em-up action pictures are the order of the day, and really, there’s no shame in that. Some of them, like Dawn of the Planet of the Apes, are pretty great. (Not so much Tammy or Transformers: Age of Extinction.) Some of them, like Snowpiercer, are even pretty smart.

But for those craving complicated, grown-up cinematic fare – the sort we can mull over for an afternoon while the rest of the world melts away – 2014 has already produced its fair share of memorable films. And it’s worth catching up on them before the autumn’s rush of “Oscar-consideration” movies begins. Distributors tend to release their most artistically adventurous films (that is, the ones likely to alienate the conservative Academy) earlier in the year. 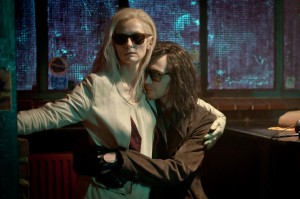 It’s been a while since Jim Jarmusch (“Down by Law,” “Ghost Dog: The Way of the Samurai”) made a film this resonant. Starring Tom Hiddleston and Tilda Swinton as a vampire couple who live on opposite ends of the Earth, it’s mostly a primer in the hipster director’s aesthetics: what books to read, what music to listen to, what buildings to ogle, what twentieth-century phenomena to mock. But it’s so hypnotically rendered that it shines in that “serious moonlight” as an homage to the enduring, unifying power of art. At least what Jarmusch deems “good art,” anyway. 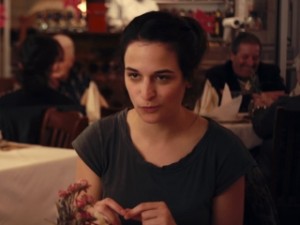 It happens every time. A female protagonist – usually a career woman or wacky party girl – accidentally gets pregnant, and, after much soul-searching, decides to have the baby. Even Miranda of Sex and the City, that red-haired cynic with a lazy ovary, ended up having Brady after a pity tryst with her then-ex Steve. Obvious Child dares to focus on a common twist on that story, albeit one that’s rarely told on film: an irresponsible twenty-something accidentally gets pregnant, and opts for an abortion. As brave as I may find this topic, if it were this movie’s only selling point, I wouldn’t bother to tout it. But writer/director Gillian Robespierre has a knack for naturalistic, keenly observed comedy, and she’s found the perfect muse in twitchy Jenny Slate as a Brooklyn bohemian who can barely support herself, let alone a child. (Her stand-up act includes an ode to day-old underwear.) Supporting turns from Polly Draper and Gaby Hoffman as Donna’s mom and best friend, respectively, round out this indie’s funny-feminist street cred. 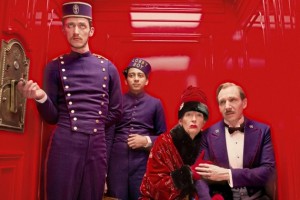 Wes Anderson’s films (Moonrise Kingdom, The Royal Tenenbaums) may have their drawbacks – they’re very twee, they can uphold style over substance – but here the director mines his nostalgia fetish with a sly-eyed aplomb. Starring Ralph Fiennes as a concierge extraordinaire with an ardent lobby-boy-in-training (Tony Revolori), it spans the bulk of the twentieth century with an opulent series of stories-within-stories that interlock like a set of Russian nesting dolls. Bonus: Tilda Swinton as Fiennes’s rich dowager lover. All hail the Year of the Swinton! 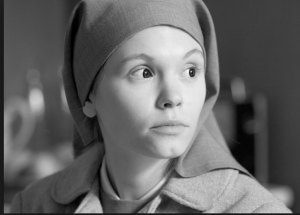 About a young Polish nun who discovers she is the daughter of Jews killed in World War II, this is a real “moving picture” not only because it is so beautifully photographed that it’d work as a series of stills but because it feels like it was shot many decades before. Directed by Pawel Pawlikowski (My Summer of Love) in black-and-white with an aspect ratio of 1.37:1, which frames the image in a square reminiscent of vintage films, it boasts the esthetic and narrative purity of more classic films. Events slip over us with a hushed ambiguity – an almost hypnagogic quality that not only feels palatable but necessary so that we can all take something away from its quest for an all-elusive past. A haunting – and haunted – film. 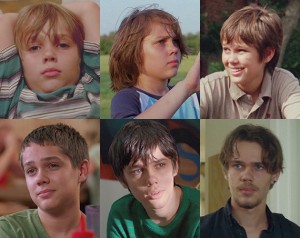 Truly, “Boyhood” is the cinematic achievement of 2014 thus far. In fact, I’m hard-pressed to imagine anything will surpass it any time soon (or not so soon, for that matter). Filmed over twelve years, its nearly three hours captures child actor Ellar Coltrane’s Texan coming-of-age without imposing one artificial note on its trajectory. Co-starring Patricia Arquette as his beleaguered mother and Ethan Hawke as his bad-boy father, the result is organic, rough-hewed, stunning – a jaw-dropping meditation on the character of time itself. Leave it to director Richard Linklater, who’s already established his ability to push the envelope of narrative in his thrilling Before trilogy as well as the hyper-talky, meta-animation Waking Life.