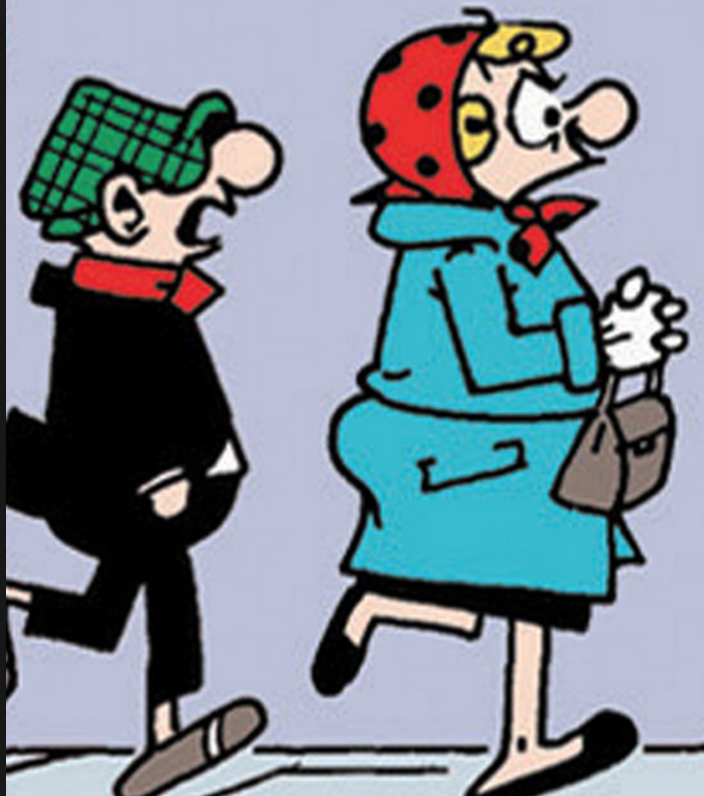 I was waiting on line at Fairway when this couple ahead of me started fighting. They were in their 60s–both clad in sensible footwear and baggy tees emblazoned with lefty slogans. You know: doggedly grey hair, spectacles, humorless facial expressions. They were of a piece. If I had to guess–and guessing is my favorite part of people-watching–I’d say they lived on the two top floors of a Park Slope brownstone they’d bought in the early ’80s. I’d put money on the fact that they didn’t have kids. They’d have been too busy fighting the good fight for such frivolous pursuits.

Anyway, they were fighting now. Boy, were they fighting. The man was yelling so loudly at the woman that it penetrated my headphone cloud. I hadn’t heard a man yell like that since I’d left my father’s house, and my fists started to clench. The actual words were inconsequential–I asked if you got skim! You know I can’t drink 2 percent!–but the voltage spoke an entirely different story. The voltage would’ve made more sense if he were calling her a stupid cunt.

I knew the type: He was a bully. A self-righteous bully who, if confronted, would never cop to how much he hated women, including his wife. A bully who would instead point to the money he donated to Planned Parenthood, to the campaigning he did for the ERA, to the volumes of feminist political theory lining his office. He was a bully all the same.

I stayed quiet. My eyes narrowed, my heart beat faster, my fists stayed clenched but I stayed quiet. As he railed at her at a decibel that might’ve gotten him ejected from the store had he not been an older white man, I counted backward from 10. And then from 20. If two decades of therapy have taught me anything, it’s when to contain my feelings, no matter how justified they may be. Besides, I also knew the look on her face: the stubborn blankness that said she’d never leave him if she hadn’t by now, and we should all mind our business.

Eventually the couple shuffled out of the store, their worn cloth bags stuffed with the nontoxins that enabled them to feel virtuous as they fumigated all of our airspace. I looked at B, the cashier who’s been checking out my groceries for years. Her perpetual scowl and carefully plaited white hair never fool me; I can always spot the mischievous girl she must have been. “What a pair, huh?” I said now, and she nodded as she scanned my carton of half and half.

“Ya, me too,” I said as I packed my dairy and meats. “But doesn’t make me wish I’d gotten married, that’s for sure.” 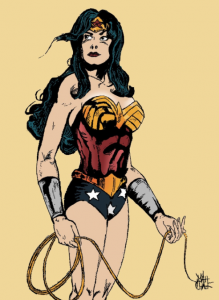 “Oh, marriage,” my cashier friend said, as she pointed at my subtotal with eyebrows raised. (She’s familiar with my financial limitations.) I nodded, and she resumed scanning the items. “That word’s not in my dictionary.”

“Well, exactly,” I said with satisfaction. For a second everything not being said—everything we didn’t have to say—shimmered between us. I looked at her and grinned. She grinned her beautiful-child smile right back.

Then she showed me my total, and I handed her my credit card, and we went back to being two spinster ladies going about our business in the market. Superhero aliases, for sure.

The Top 11 Music Biopics
A National Holiday for Julia