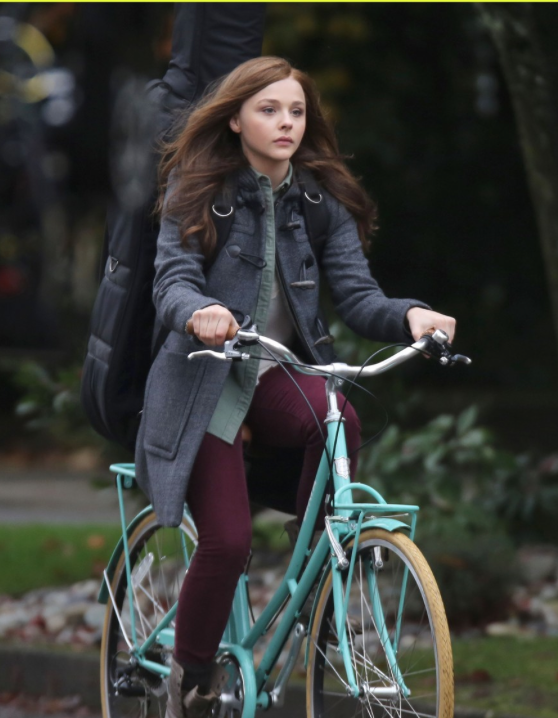 These days, I thank my lucky stars – no matter how faulty – for Young Adult film adaptations. They are the last bastion of the big Hollywood weepie, a film genre that is sorely needed, if only so the average American can permit him- or herself to cry from time to time. Of course, the best weepies are so high-quality that we don’t feel embarrassed after we’ve dried our tears – think It’s a Wonderful Life, Gone with the Wind, and Terms of Endearment. Even E.T. is a well-crafted weepie in its own way.

If I Stay, the adaptation of Gayle Forman’s 2009 best-selling YA novel, is not. For long stretches, it seems like a TV pilot for a WB show that, rightfully, did not get picked up. Nonetheless, it evokes a cacophony of strong emotions – even at the critics’ screening I attended, much sniffing and nose-blowing could be heard – and for that reason cannot be dismissed out of hand. At least, not in this decidedly ungolden era of tough-guy cinema, in which action pics rule the multiplex and emotionality has been utterly ghettoized to Indiewood.

The film’s premise is good. Mia (Chloë Grace Moretz) is a shy, seventeen-year-old cello prodigy in a family of in-your-face punkers, which makes her a teen rebel in the grand tradition of Alex P. Keaton. Her pie-eyed boyfriend, Adam (Jamie Blackley), is a slightly older musician rooted in the same Oregon rock scene in which her parents thrive – but Mia dreams of moving to New York to attend Juilliard. Near the film’s beginning, she and her family are in a serious car accident, and the rest of “If I Stay” takes its title to heart: As Mia and her parents and younger brother lie in comas, her spirit determines whether to die or (yep) stay by flying through her life in a series of flashbacks, montages, and dreamy love scenes.

In Forman’s book, the fates of Mia’s family members are established early on but the suspense is dragged out here in order to achieve maximum tear-jerkiness. The result is a dirge of scenes in which an out-of-body Mia races from one end of a hospital to another in order to eavesdrop on medical professionals, friends, and relatives – in between her myriad flashbacks, montages, and dreamy love scenes, that is. For a coma patient, Mia is awfully busy.

Aside from this narrative tic, If I Stay cleaves to its antecedent, perhaps too much so. Some of Forman’s dialogue works well enough on page but should have landed on the cutting room floor. Uttered aloud, lines like “it’s like we’re playing music together” during a first sex scene or “sometimes you make choices and sometimes choices make you” underscore why the advice “kill your babies” is given to budding screenwriters. 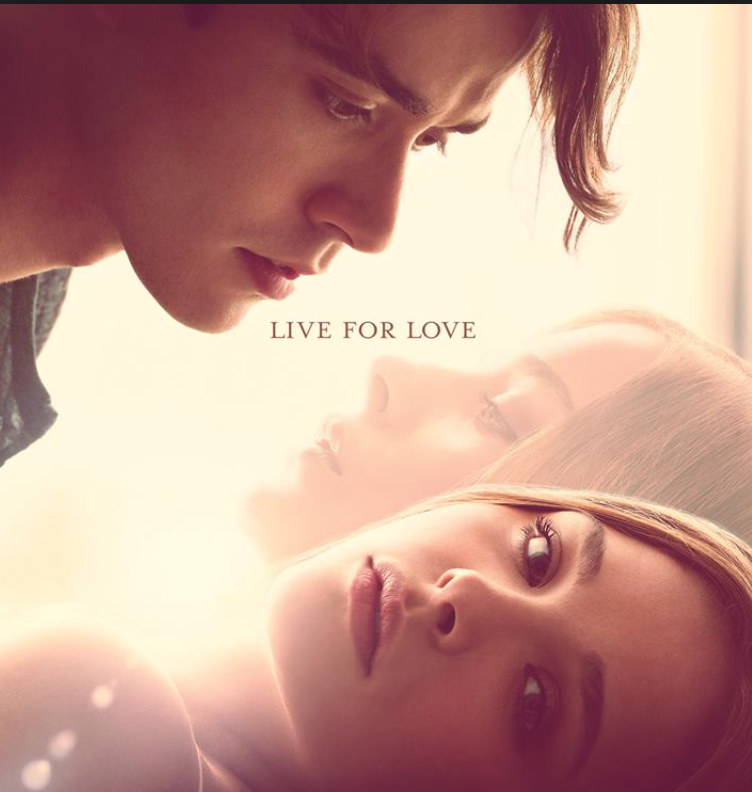 No sentimental stone is unturned here, which is both a strength and a weakness. There’s a luxury to this sort of emotional scale – it’s a rare treat these days, for sure – but the trope of the wise and saintly black female nurse should have been sidestepped, especially given the otherwise-unrelenting whiteness of this film. (Even Kim, Mia’s best friend, is a Barbie type, though Forman wrote her as a practicing Jew with wild hair and a bristling, dry wit.) Too, it’s hard to believe that the 1990s-esque pabulum that Adam’s band plays would not embarrass a dude who claims to have experienced a spiritual epiphany when listening to the Ramones.

Someone with a natural propensity for slightly overripe adolescent fare (say, Stephen Chbosky or James Ponsoldt) might have proved more at home with this source material but director R. J. Cutler has previously worked best as a just-the-facts-ma’am documentarian, most notably on the very fine The September Issue. Here he is a little tone-deaf, as if he sees no point in shaving off the fat from a teen melodrama that he views as all fat, anyway. The real surprise, though, is Moretz, who cannot shrink her (ultra) violet, Kick-Ass self into the gray mouse that is Mia. This is the first time she’s portrayed someone resembling a normal American teenager, and she seems out of her element, overplaying her hand with tremulous speeches and big, brave gulps. Rather than saving her from herself, Cutler just keeps honing in on those fluttering lashes as if otherwise we wouldn’t get the point – which, for the record, is often visible about a mile away on this slippery slope.

We’ll likely weep at the satisfyingly maudlin conclusion of “If I Stay” just as we’ll float away on its waves of very pretty, very young love. But before then, there are some unintentional howlers, not least of which becomes this film’s title. That is, if we stay.