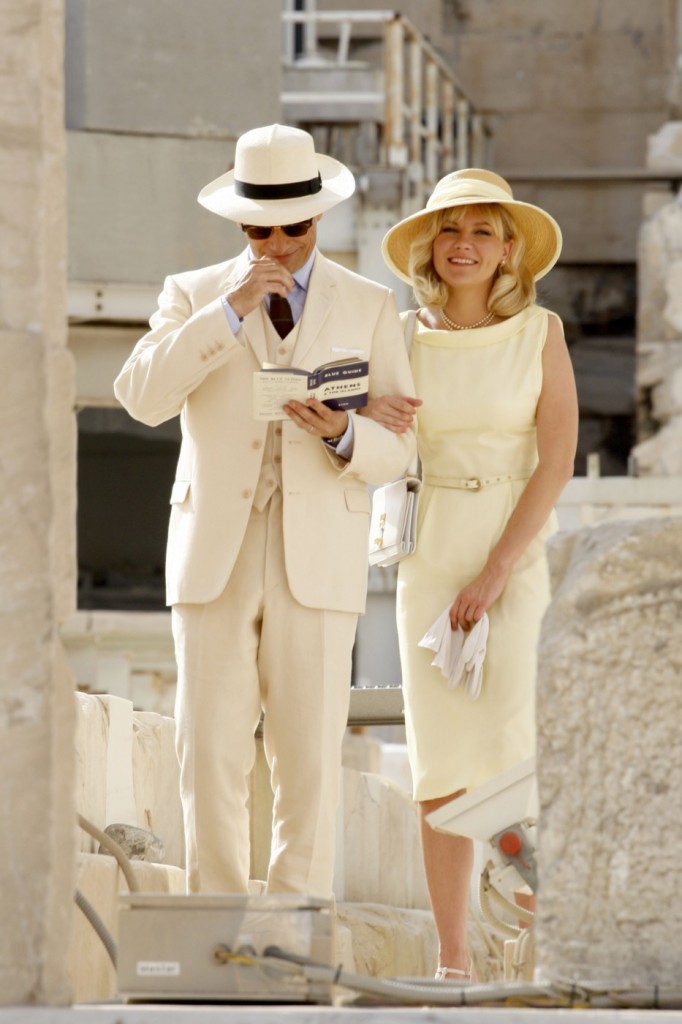 As much as it’s possible to write good-looking novels, Patricia Highsmith wrote good-looking novels. Cast against opulent European and American backdrops, many of them featured sly-eyed predators prowling the finest relics of Western Civilization: the finest autos, meals, wines, garments, jewels, music, and paintings – not to mention the finest fatted calves of old money. It’s not that Highsmith favored style over substance; it’s that the substance of her books was style itself, as well as how much larceny was committed in its good name.

Highsmith’s most famous sly-eyed predator, Ripley, hatched such elegant schemes that it was impossible not to root for him, though he had no loyalties of his own. It’s a small wonder that many films have been adapted from the Ripliad (as the Ripley series is called), or that the most well-received of them, Anthony Minghella’s “The Talented Mr. Ripley,” is one of the most good-looking films of the last two decades.

“The Two Faces of January,” the latest adaptation of a Highsmith novel, is also quite good-looking. As it begins, two affluent American tourists, the good-looking Chester (Viggo Mortensen) and his good-looking, younger wife Colette (Kirsten Dunst), are wandering through the sun-bleached glory of 1962 Athens when they encounter good-looking American Rydal (Oscar Isaac), who agrees to be their tour guide. This being a Highsmith adaptation, we learn soon enough that all is not what it seems. Chester and Colette are on the run, if idly – his latest stock-market scam has soured just enough to make laying low advisable – and Rydal is the kind of louche drifter who pockets two drachmas every time he makes change. The minuet the three dance together, in which Chester bemusedly observes Rydal’s small-potato swindles while the younger man bats his lashes at Colette, is still awfully good-looking. 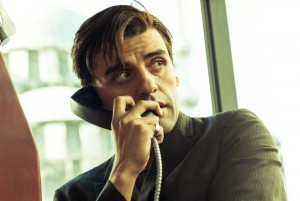 But when Chester’s bad deeds catch up with him, it’s not remotely pretty. A detective tracks him down to their hotel, and – even after catching them with a corpse – Rydal agrees to help the couple for reasons not entirely clear to anyone. While he sets about procuring new passports, they’re forced to hide out in the sort of dumps that don’t require ID from foreigners. From there on in, it’s rumpled linen, greasy hair, and flophouses – all metaphors applicable.

What distinguishes this Highsmith adaptation is also what renders it less appealing: None of these three are especially deft. Colette’s dimpled cluelessness may be just an act but she’s certainly hitched her wagon to a falling star. Drowning in drink and middle-aged self-pity, Chester can’t maintain their anonymity, let alone execute any more long cons; that the pair are doomed on one level or another seems a foregone conclusion. And Rydal, who apparently is just rebelling against his highbrow background, is as addled by Chester’s resemblance to his recently deceased father as he is by Colette’s baby blues. There’s a faint whiff of Freud here but Highsmith – who, as a mid-twentieth-century bisexual woman, likely resented psychoanalytic reductionism – subverts it by writing these three as too limp to pull off anything so demanding as an Oedipal arrangement.

It’s a clever conceit, really – a psychological thriller that upends psychology and eschews all thrills – but one that, unsurprisingly, becomes its own undoing. Mortensen, Dunst, and Isaac are uncannily well cast but that only compounds the prevailing joylessness: As talented and attractive as they are, they share a grimness that I believe has prevented them from becoming bigger stars. 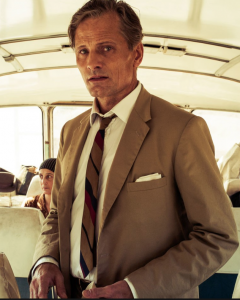 (Mortensen, of course, still will be able to pay for his great-grand children’s educations thanks to the “Lord of the Rings” trilogy.) First-time director Hossein Amini, who also adapted this screenplay, bogs down along with them, trailing their characters’ blunderings without offering the insight that would make their demise worth our while.

Still, there’s no shortage of visual pleasures to distract us from the existential boredom of a sinking ship. The palette Amini captures with sure camerawork – shades of cream and sand; pale dawn light and sere skies – is as appealing as the fashions of the era, and the grandeur of Greece can compensate for the wispiest of plots. The real treat to be found here, though, may be a case of sour grapes: that unseemly satisfaction we feel when beauty is revealed as only skin-deep.

A Wolf in Lady Critic’s Clothing
‘The Notebook’: Brothers Grim, No Gosling