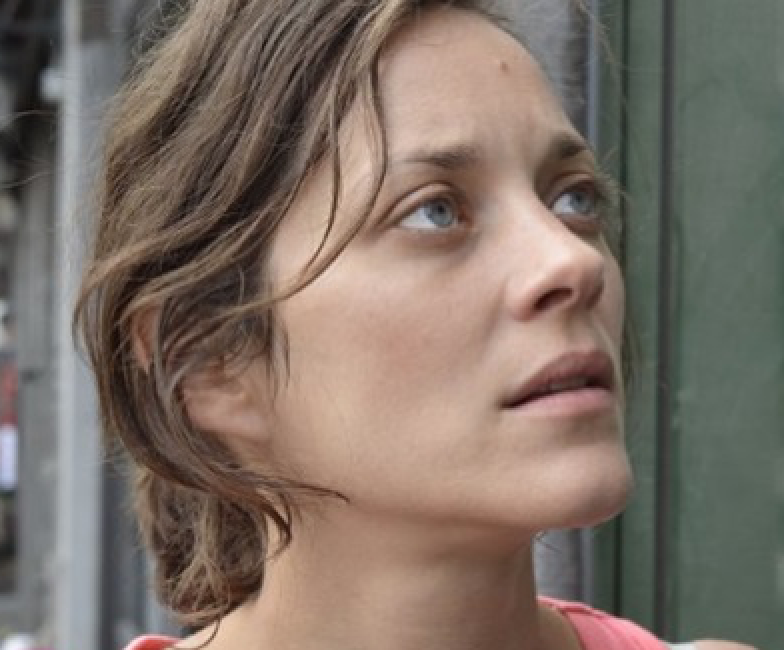 There are few pleasures in contemporary cinema comparable to those of watching Marion Cotillard. This is not to objectify the French actress. In fact, I’m not sure if it’s even possible to objectify a woman who is so marvelously the subject of everything she graces. She deserved the Oscar she won for her portrayal of Édith Piaf in “La Vie en Rose”; she deserves an Oscar for nearly all her performances. So it’s really saying something that her turn in “Two Days, One Night,” the newest release from the Dardenne Brothers, may outstrip all her previous work.

It helps that this film is, like most of the Belgium writer/directors’ projects, a carefully layered social drama. Such material suits the unique talents of Cotillard, who is unparalleled in her ability to summon turmoil – furies, miseries, manias – without warning and at a pitch that is admirably unmodern. She stars as Sandra, a mother of two who’s been on medical leave from her job at a solar panel factory. Sandra struggles with a clinical depression that is exacerbated when her coworkers vote to save their bonuses (1,000 euros each) rather than her job. Since her family are barely on their feet as it is – husband Jean-Marc (Olivier Gourmet) is a kitchen worker, and they only recently came out of public housing – she’s forced to petition her sixteen colleagues with the question “will you vote for me?” when her boss agrees to poll them again in a secret ballot. 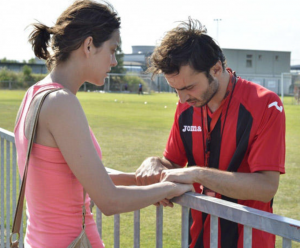 The repetition of such a task may sound like a grind but Luc and Jean-Pierre Dardenne transform the weekend in which this story takes place into a tour of a working-class Belgium rarely captured on film. Each person Sandra visits poses a different dilemma – one is kowtowing to an abusive husband; one is already destitute; one needs the money for his kid’s education; one fears for his job security if he helps her; one displaces all his rage onto her; one weeps copiously that he didn’t help her in the first place – and yet no one is reduced to a mere abstraction. Unlike some American directors (here’s looking at you, latter-career John Sayles), the brothers appeal to our ability to draw conclusions rather than drawing them for us; in this way, they may be our reigning masters of neo-realism. For the most part, the characters here are as sympathetic as they are flawed, and agile, quick camerawork (long tracking shots anxiously circling Sandra) keep us on our toes even as the ground shifts beneath our feet.

Make no mistake. Sandra is not trying to radicalize her coworkers. She’s just trying to cling to the status quo – her constant refrain is “put yourself in my shoes” – but the genius of this film is its gently insistent reminder that the status quo has become elusive for so many of us. Clad in a uniform of drab clothing, her hair greasy and pulled back, her already-wide eyes enormous with fear and grief, Cotillard is in nearly every scene, and she decompensates with a voltage that’s only emphasized by the film’s overall naturalism. As Sandra, she sweats, shakes, takes handfuls of Xanax while her husband hovers around her, his attention tinged by something queasier than mere concern for her welfare. In between visits, she crumples into herself, losing the power of speech; her panic is palpable enough that I caught myself holding my breath more than once while she fought to collect herself. “I’m nothing, nothing at all,” she cries after an especially humiliating visit with a colleague.

Her lack of self-esteem is key. Rather than a simple message movie about the evils of contemporary labor practices, “Two Days One Night” is also a depiction of a woman’s struggle against worthlessness. Though the Dardenne Brothers may never offer anything so deceptively simple as a happy ending, Sandra’s final confrontation proves as rousing in its own way as that iconic image of Norma Rae wielding a “UNION” sign. For if there are no villains here, Sandra eventually emerges as a hero – mostly by upending the ethos that’s held her by the throat. If all we’re focused on is getting by, we’ll never be able to change our circumstances, let alone ourselves.

O Hallowed Evening Sky
Faith for the Faithless, Mary for All