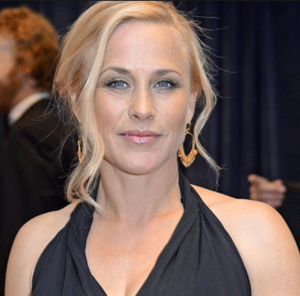 Near the end of the New York Film Critics Circle Awards on Monday, January 5, Patricia Arquette could be found outside, bundled up in a winter coat and talking to friends who were huddled over their cigarettes. When asked if she found it difficult as a performer to socialize with reviewers of her work, she burst out laughing, her adorably crooked teeth flashing. “You’d think so,” she said. “But it’s actually lovely.”

Earlier in the week, the existence of critics’ awards had generated some online debate, especially after the National Society of Film Critics had deemed Jean-Luc Godard’s “Goodbye to Language” the year’s best picture – a selection that some deemed deliberately obscure. “I find the opinions of individual critics infinitely more interesting than their collective choices,” tweeted New York Times co-chief film critic A.O. Scott. “Voting is the opposite of criticism.” RogerEbert.com editor in chief Matt Zoller Seitz had chimed in, tweeting that one year he’d gone on a “crusade to abolish the [NY Film Critics Circle] awards dinner.”

Seitz, though not a voter in the 2014 awards, was in attendance at Monday’s dinner anyway, which speaks volumes. Given the cross purposes at which reviewers and filmmakers often find themselves during the rest of the year, it may be awkward to socialize for an evening. But it’s also quite fun.

The event took place at Manhattan’s Tao Downtown, with a splendid cocktail hour before the award ceremony commenced. “Boyhood” director Richard Linklater could be heard telling a group that, “though he’d loved them as a kid, he’d never considered making a science fiction movie.” (Someone had eagerly suggested he direct a time travel film since “time was always the main character of his films, anyway.”) John Lithgow, even taller and more regal in person than on screen, patiently held court as fans, er, critics breathlessly listed their favorite obscure films in which he’d appeared. Writer/director Paul Schrader (“Taxi Driver”) stood near the bar, giving some insight into the behind-the-scenes controversy that had been generated by his latest thriller, “Dying of the Light”: “I got very involved in trying to convey the perspective of the person experiencing dementia.” 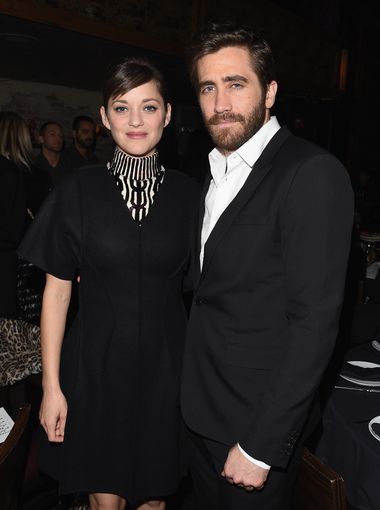 Clad in a black cocktail dress and a wonderfully complicated diamond necklace, Marion Cotillard maintained a polite smile as male admirer after male admirer attempted to impress her. (It’s quite possible this was not an unusual experience for the French actress.) Clad in a trim gray suit, Ellar Coltrane, the real-life boy of “Boyhood” who is now age twenty, uncomfortably fielded people’s questions about his future career plans. Some critics talked effortlessly with the filmmakers; others clutched their martinis for dear life.

At the dinner, attendees ate sushi, chicken satay, and pad Thai, and drank wine and cocktails as the ceremony commenced – silverware and glasses clinking throughout.

The organization’s chairman, Stephen Whitty of the New Jersey Star-Ledger, emceed the event. “This isn’t like the Oscars since there’s alcohol,” he said. “And it’s not like the Golden Globes because no one will be videotaped drunk.”

Almost as if to underscore his point, Arquette received her supporting actress award (the first of three awards the coming-of-age film “Boyhood” would receive that night) with a scotch in hand. “I’m from a long line of actors,” she jokingly explained, before donning her reading glasses to read an earnest acceptance speech. “There’s no doubt in my mind that we couldn’t have reached our audiences, nor would we be here tonight, if it weren’t for your support,” she said. “When you’re competing with a $150 million movie, it’s very difficult to find your audience.”

All the award recipients and presenters delivered gracious speeches, though some seemed to be grasping for common ground with the group of critics. In accepting the best director award, Linklater reminisced at length about his friend, deceased Film Comment critic George Morris, whom he cited as an important influence when he was a young filmmaker. Reading from her smartphone (few spoke extemporaneously), Kyra Sedgwick presented J. K. Simmons, her costar on “The Closer,” with the best supporting actor award for his work as a maniacal music teacher in “Whiplash.” In turn, Simmons fondly remembered his life as a New Yorker before moving to Los Angeles. (One audience member said she was waiting for a recipient to gush that they also loved breathing oxygen.) When accepting her award (presented by an especially glum-looking Jake Gyllenhaal), Cotillard, who won for lead actress for her dual performances in “The Immigrant” and “Two Days, One Night,” admitted she rarely reads her reviews. “I feel that it is healthier,” she said. 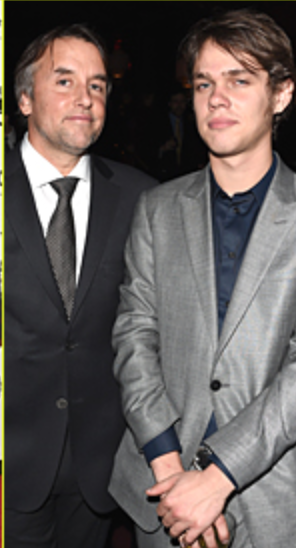 As he presented the foreign film award to the Polish “Ida,” Schrader joked, “Where’s Armond White when we need him?” It was a reference to last year’s NYFCC dinner, at which the controversial National Review critic allegedly heckled best picture recipient Steve McQueen. “Garbage man!” bellowed New York Magazine critic David Edelstein. (White reportedly called the “12 Years a Slave” director “an embarrassing doorman and garbage man.”) While giving Christopher Miller and Phil Lord, the writers-directors of “The Lego Movie,” the best animation award, actor Nick Offerman, always a master of deadpan, reminded the audience not to laugh “until he was joking.”

Long known for his surprise appearances (he once served me dinner at his son’s Williamsburg restaurant), Bill Murray made an unscheduled speech for his friend Adrienne Mancia, who received an honorary award for her career as a film curator. “She told me, ‘I never showed anyone’s films in MoMA who was either a friend or a lover,'” he said. “None of my films are at MoMA.” Never one to be outdone, Jon Stewart cracked everyone up while presenting “Boyhood” with best picture. After pretending to read hacked Sony emails about the film, he explained why he’d been selected as a presenter for it: “When you win this many awards, you run out of people.”

Surprisingly, Ethan Hawke (who has even called himself pretentious) delivered the punchiest and most self-effacing speech. Presenting best director to Linklater, the “Boyhood” actor said, “Manohla Dargis once wrote about me, ‘Richard Linklater seems to achieve the impossible: He makes Ethan Hawke bearable.'” 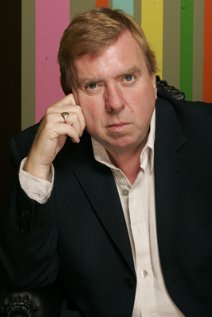 Perhaps the most touching part of the evening occurred during Timothy Spall’s acceptance speech for lead actor in “Mr. Turner.” In presenting the award to him, Lithgow read tributes from their mutual friends, actors Lindsay Duncan, Jim Broadbent, and Joshua McGuire. Blinking back tears, Spall said, “As an actor, you get a lot of kicks in the ass. Sometimes you don’t work, and that’s worse than being ignored. We all know, as actors and directors that rely on collaborators, not working is awful. You’re a painter, you can paint. You can’t walk around the room acting – it’s embarrassing … It’s just really, really fucking lovely to get an award.”

After the ceremony, Spall reminisced about Roger Ebert, with whom he’d spent time at the late critic’s annual Illinois film festival. “He was so generous,” he said. “Even when my career wasn’t going well. You know, I’d gotten to the point that I was just rooting for my son [actor Rafe Spall]. But here I am at age fifty-seven and I’m actually going to start going after more lead roles.”

A complete list of the 2014 NYFCC award recipients can be found here.