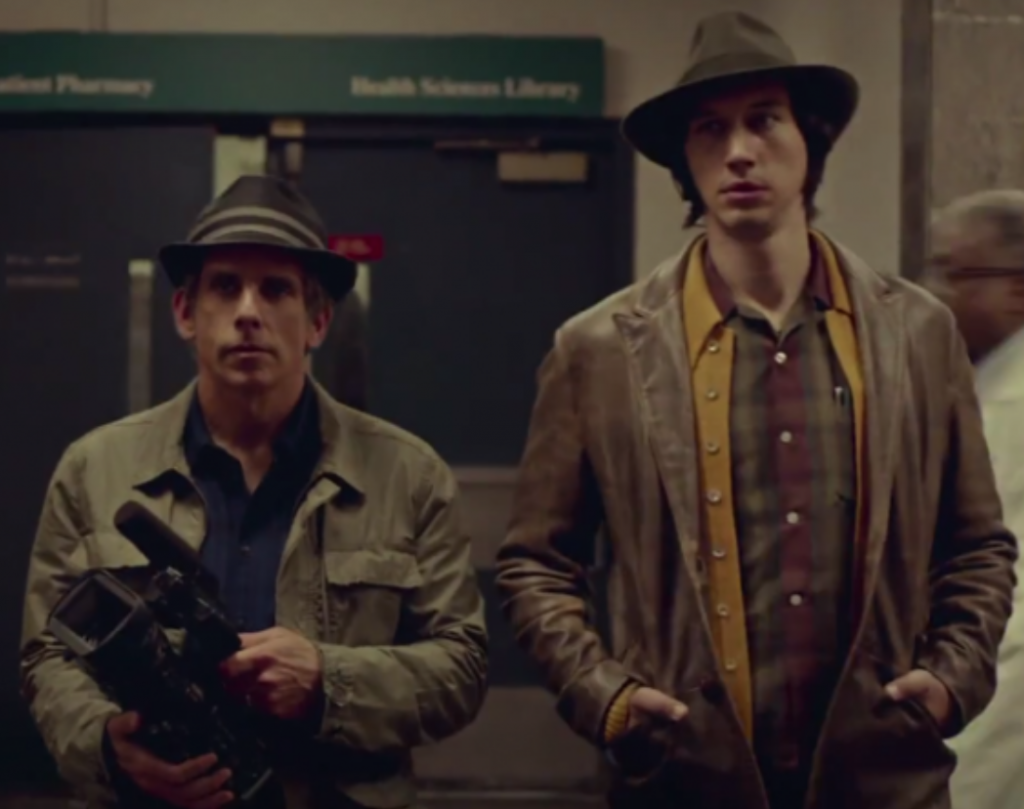 Noah Baumbach is often likened to a Generation X Woody Allen, and the comparison is apt. It’s not just that both men are Brooklyn-bred Jewish writer-directors who wryly address failure, love, art, and New York life. It’s that their films, though heralded as paragons of originality and depth, are highly derivative – and most of us love them anyway. Like Allen, Baumbach may suffer from what Yale scholar Harold Bloom refers to as “the anxiety of influence” but he also benefits from an ecstasy of influence – an advanced, amber-hued nostalgia for the past and present that is always slipping through our fingers.

Never has this penchant for nostalgia been more baldly addressed than in Baumbach’s latest, “While We’re Young.” It is about the friendship between a forty-something married couple (Ben Stiller and Naomi Watts) who have sort of become what they wanted to be when they grew up (he’s a flailing documentarian and she’s the producer for her mega-successful documentarian father) and a twenty-something couple (Adam Driver and Amanda Seyfried) who disguise their enormous ambitions in a kaleidoscope of lo-fi hobbies, flea-market finds, New Age neologisms, and cultural appropriations that border on kleptomania. (She’s an almond-milk ice cream maker; he’s an aspiring documentarian who doesn’t distinguish between fact and fiction.) The film is saddled with an atonal third act that betrays the old-soul, new-millennium truths about disappointment and intimacy it seems intent on delivering. Before then, it is wonderful: loose-limbed, liquid, and glittering with the falsehood of eternal youth. Most tellingly, it’s aglow with references to other directors – micro-indie king Joe Swanberg, Paul Mazursky’s mid-century mise-en-scènes, Jonathan Demme’s gleefully teeming urban tableaus, and, of course, the glib-versus-glum morality play of Allen’s “Crimes and Misdemeanors,” itself partly about New York documentarians.

All filmmakers build upon the backs of their predecessors; it’s the nature of the movie industry, a tripod of art, commerce, and technology that is constantly reinventing its power balance. But when Baumbach builds upon Allen’s work, he is perpetuating a filmmaking tradition that is almost clinically narcissistic: willfully charismatic, devoid of a real core, doomed to seek meaning in others’ reflections and references. 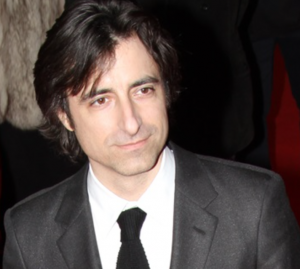 It’s why his style, like Allen’s, changes completely from project to project but always can be identified by a blind, bottomless longing. With these guys, God isn’t in the details; the details are God. Yet we still succumb to their charm, that calling card notoriously proffered by all narcissists. We have to love them so they can love themselves.

“Kicking and Screaming” (1996)
The talky, quirky exploration of love, class, and the gruesome linearity of time in “Kicking and Screaming,” about friends living together the year after college graduation, unabashedly apes the aesthetics and themes of Whit Stillman. But these similarities don’t sour the film so much as enhance its charm, as if we’ve found new footage from a filmmaker who – let’s face it – doesn’t work nearly enough. (In twenty-five years, Stillman has only made four movies.)

“The Squid and the Whale” (2005)
“The Squid and the Whale” may be Baumbach’s least derivative film but also his most autobiographical, which hardly seems a coincidence. About the two sons of divorced Park Slope critics (Laura Linney and Jeff Daniels), it is less nostalgic for other films than for the director’s own childhood (Baumbach’s parents are divorced critics Georgia Brown and Jonathan Baumbach). Like the films of Wes Anderson (credited as a producer), it is appealingly buried in the artifacts of 1980s East Coast bohemia: Izod shirts, Pink Floyd albums, dog-eared paperback classics, psychotherapeutic bullshit. Even here meaning is elusive, though. Despite its stylish melancholy, all this film’s navel-gazing really produces is the same lint we’d find on any shrink’s couch. 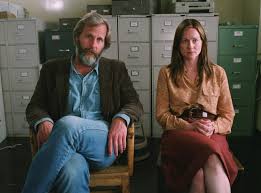 “Margot at the Wedding” (2007)
In “Margot at the Wedding,” Nicole Kidman plays the successful, shrewish sister of Jennifer Jason Leigh, who is poised to marry self-aggrandizing hack Malcolm (Jack Black). Few liked this film, a sour mix of Allen’s “Interiors” (itself a shoddy Bergman knockoff) and the work of French director Eric Rohmer, but in retrospect it exerts a broody appeal, mostly because of the stark beauty of its production and female stars. 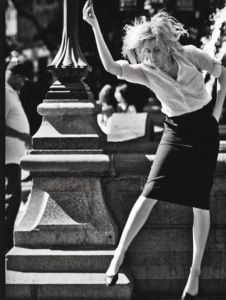 “Frances Ha” (2012)
A black-and-white portrait of a female dancer (Greta Gerwig) who’s not making it in New York, “Frances Ha” is basically a lost French New Wave movie, complete with a quick trip to Paris. It is also a wonderfully sympathetic and sparkling achievement. And that’s the thing about all of Baumbach’s movies. While it’s true that, as they used to say in the 1970s, “There’s no there there,” the funny (ha) thing is: we usually don’t mind.

Event: ‘A Tree Grows in a Brooklyn’
Flotsam, Meet Jetsam