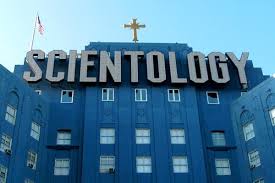 The expression “jaw-dropping” is used to describe movies all the time. But it wasn’t until “Going Clear” that I saw an entire audience – mostly comprised of jaundiced critics and industry insiders – with actual dropped jaws. It’s not that this HBO documentary delivers earth-shattering revelations about scientology, science fiction writer L. Ron Hubbard’s billion-dollar prank-cum-self-help religion; in fact, it lacks some of the righteous heft of Lawrence Wright’s 2013 eponymous book, a 503-page, meticulously researched compendium of the church’s history, wrongdoings, and bizarre tenets. What it offers instead is the shock of footage amassed, especially of the Hitler-Goes-to-Hollywood conferences that are Scientology’s crowning glory. To see is to believe – or at least to believe that these believers exist.

Like all the best horror helmers, Gibney eases us into this world gently, beginning with mild-mannered Wright, who is one of the film’s chief talking heads. “I’ve studied Jonestown, radical Islam. They’re oftentimes goodhearted people … but full of a kind of crushing certainty that eliminates doubt,” he says, adding that his “goal wasn’t to write an exposé but simply to understand what people get out of Scientology.” His book was developed from a 2011 New Yorker article about the defection of writer-director Paul Haggis, who’d initially been attracted to Scientology’s “applied philosophy” when he’d joined in 1975. Haggis, who appears throughout this film, reads as far more authentic than any of his films do (especially tone-deaf “Crash”). Through his and other former scientologists’ eyes we grasp the Church’s appeal: a self-empowering, tight-knit community whose “crazy” doesn’t really make an appearance until members have already invested thousands of dollars and miles of emotional real estate. 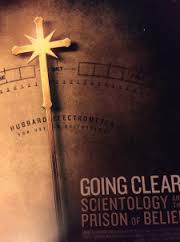 Once we hone in on Hubbard, though, the gloves come off. A con man and remarkably prolific author, he lied about his military record, dabbled in black magic, physically abused his wives and acolytes, kidnapped and attempted to forcibly abort one of his children, was on the run for tax evasion, and claimed to have fabricated a religion because “that’s where the money was.” In rare footage of the Church founder, he sucks his broken, yellow teeth and spouts pseudo-science jargon while manically rolling his eyes. It’s hard to grok how this mad man was ever heralded as a spiritual leader – much easier to recall Philip Seymour Hoffman in “The Master” – but we also can’t look away. (It’s no wonder Hubbard rarely permitted interviews.)

With archival footage and testimonials from former Scientologists, many of whom were high on the food chain, Gibney mounts his case. There’s Operation Snow White, in which members invaded 136 governmental agencies to purge negative records about Scientology and Hubbard. There’s the story of Sylvia “Spanky” Taylor, John Travolta’s right-hand woman who became an imprisoned servant of the Church: Her escape with her infant daughter is a Hollywood thriller unto itself. 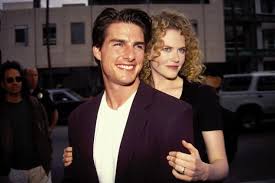 There’s the war waged against the IRS, in which the Church, led by Hubbard replacement David Miscavige, bullied individual agents so effectively that, in 1993, it achieved status as an official religion and had its multimillion-dollar tax debt absolved. (We learn that only the IRS can legally label an organization a religion, even though it seems uniquely ill equipped for such a task.) There’s the Hole, a California compound of dangerously squalid bunkers where “enturbulating” members are confined for months or even years at a time. There’s the fact that the supposedly private information gathered in “auditing sessions” (akin to confessions) is regularly used to blackmail members. There’s the rampant homophobia (a key reason for Haggis’s defection). There’s the mysterious disappearance of key acolytes, especially inconvenient wives. There’s the bizarre relationship between Scientology and celebrities – especially Tom Cruise, who treats Church members as his private unpaid labor force and whom ex-second-in-command Marty Rathbun claims was pressured into divorcing Nicole Kidman (“Nic knows what she did”). By the time we zero in on Cruise and Miscavige saluting each other amid a cheering crowd, a truly damning portrait has been painted, one that raises larger questions about the distinctions between religions and cults. 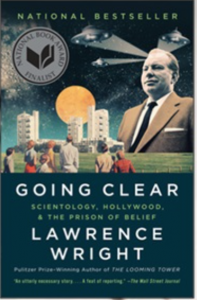 The very fact that “Going Clear” got made is astounding given the thuggish tactics of the Church. At two hours, it already is as long as any documentary should be, but a “behind the music” tertiary feature could be fascinating. Wright’s book includes a chapter about the harrowing fact-checking process required for the New Yorker Haggis profile; his description of a meeting with Scientology staffers sounds, for all practical purposes, like a “Godfather” stand-off. (On a related note: When I fact-checked Tom Cruise-related Us Weekly articles in the Aughts, I fielded such deeply aggressive Scientology “requests” that I felt terrified on the rare occasions that the magazine overrode their demands.) While this film may not add much to what we already know about Scientology, the picture it assembles packs such a punch that it gives new meaning to “going clear.” Jaw-dropping, indeed.