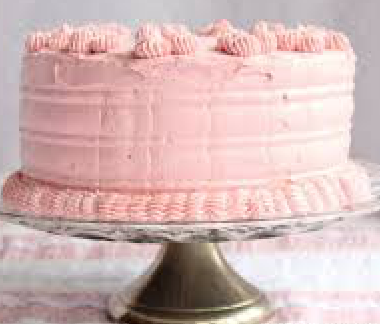 Yesterday marked my sixth week without white flour or sweeteners of any sort. I’d act triumphant except I’m still having a hard time without those crutches. When people talk about addictions, they’re usually referring to booze or drugs, maybe gambling or sex. But just because my monkeys are gentle, unavailable men and white sugar doesn’t make them any less lethal—-only less overt. Addictions by definition are corrosive.

I’d known for a while that I had to eliminate sweets and what we used to call “junk food.” The pounds were creeping on, as were wide swings in blood sugar and moods. Like with all addicts, the old doses weren’t doing the trick anymore. I’d begun chewing Bubble Yum in between fixes, and white sugar had changed my palate so drastically that I couldn’t even taste anything else. Case in point: I considered fruit a mockery of the hit I craved.

Ironically, it’s not that I didn’t consume healthy fare. In my late 20s, I coaxed myself out of a lifelong eating disorder through learning to cook and appreciate “first form” food. But sugar—and, to a lesser degree, other heavily refined carbs—has always loomed as my go-to drug. After I polished off those earnest kale salads and brown rice breakfasts, I’d start looking around for the perfect chocolate chip cookie or, my favorite, a frosted cake. It goes back to my family of origin, which is teetolling (aside from a few drunk uncles) but possesses a fierce, unfunny sweet tooth.

No matter how bad things ever got, my mother’s response was always to bake a cake. Unwashed dishes and cat shit would pile up, emotional and physical danger would abound, and she’d be making frosting and humming to herself. My dad was no better. Unless it was that rare day he’d failed to run ten miles (he’s an exercise junkie), he’d be eating as obsessively as she was baking. Chances were good whatever she made would be gone within a day. Chances were better that the chaos around us would remain intact. Trips to the local Hostess factory were like another family’s trip to an amusement park. 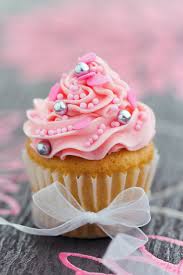 To this day, I think I try to sweeten deals literally—to take the edge off the isolation and bitterness I feel but rarely cop to, to connect to a homelife that was physically and emotionally unnourishing, to blank out without blacking out. I don’t like altering my consciousness–I’ve been working without safety nets for too long to render myself defenseless—but I’ve always liked “improving” it in the form of a dessert delivery system. The brownie I’d promise myself for finishing an assignment. The bakery that would give my walk a destination. The lump of sugar in the black coffee of my daily routine. I can no more understand friends who leave desserts half-eaten than drunks can understand friends who abandon half-full glasses of wine.

To be clear: All those times I’ve kvelled here over flowers and bright colors and streaked evening skies and small happy graces, I’ve not been dissociating, exactly. It’s just that I’ve not been allowing myself the whole story, and for a woman who prizes herself on authenticity above all else, that’s an unacceptable, deeply destructive transgression. Sour is a big part of the human palate and the circumstances I’ve been dealt.

I’m still unwilling to expose my underbelly enough to reveal how I bottomed out. Suffice it to say I’ve resolved to live without sweets and white flour for as long as I can and to stop pretending I’m someone who can have “the occasional dessert.” There will be no soap-boxing, though I find it telling that white sugar is not a naturally occurring substance, and there will be no 12-step programs, though I respect their utility. Instead, I’m just sitting in this new dissatisfaction, this onslaught of disappointment and resentment and grief that I’ve been sublimating for as long as I can remember. 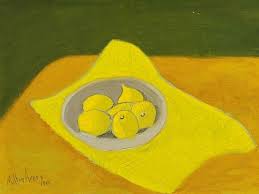 It’s no surprise my recent dreams are a mixture of sorrow, shame, and fluffy, pink-frosted cakes. I wake up with a hangover that I swear stems from more than my physical detox. It’s also no surprise that I’m having a hard time being sweet. It turns out I’m even more literal than I feared. I’ve lost weight already but fear my improved appearance might swing me back to that other addiction: charismatic, quiet men who only prize themselves. So for the time being I’m going to hang out in this tart place, galloping through the spring days, feasting on blood oranges rather than the cupcakes I crave, and praying for, yes, a diviner form of relief. For the first time in a while, I can taste it all.