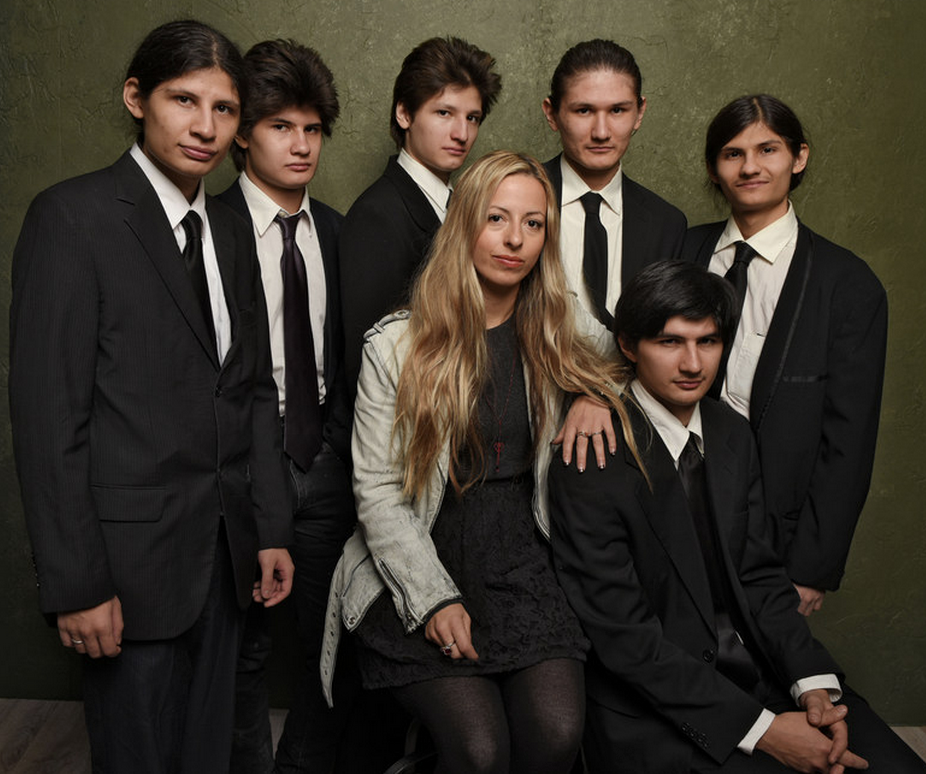 Humans, especially males, most closely resemble their primate ancestors during adolescence. Yet for all that Hollywood courts teen boys, few films have gone so far as to treat this demographic as if it were nature documentary fodder. Two June releases – “The Tribe,” a Ukrainian feature film about a gang of deaf students, and “The Wolfpack,” a documentary about six New York City home-schooled brothers – call that bluff, and their approaches are not as ethical as we would hope.

Truth be told, in “The Wolfpack,” being homeschooled is the least of the problems facing the Angulos, who live as semi-prisoners in a claustrophobically small public-housing apartment with their cultish parents and special-needs sister. Eldest Bhagavan, twins Govinda and Narayana, Mukunda (the “alpha” of the pack), and younger siblings Krsna and Jagadisa have been raised by Peruvian father Oscar and Midwestern hippie mother Susanne, who traveled the world as Hare Krishnas before running out of cash and landing in a Lower East Side housing project. Oscar – an alcoholic autodidact whose physical violence is hinted at (we see old video clips of him though he infrequently appears in director Crystal Moselle’s footage) – declares himself philosophically opposed to work and the rest of the world unsafe so he keeps the family under lock and key. For most of the brothers’ lives, they’ve only been allowed outside a few times a year (giving credence to the old saw that New Yorkers never get to know their neighbors), and their sole connection to the world is through Oscar’s DVD collection. Left to their own devices, they spend their days watching and re-creating films – typing out and memorizing scripts, crafting costumes and props out of cardboard and duct tape, barking in a Tarantino patois, and staging favorite shootouts while Oscar nods out in a back room and Susanne and sister Visnu smile bleakly. 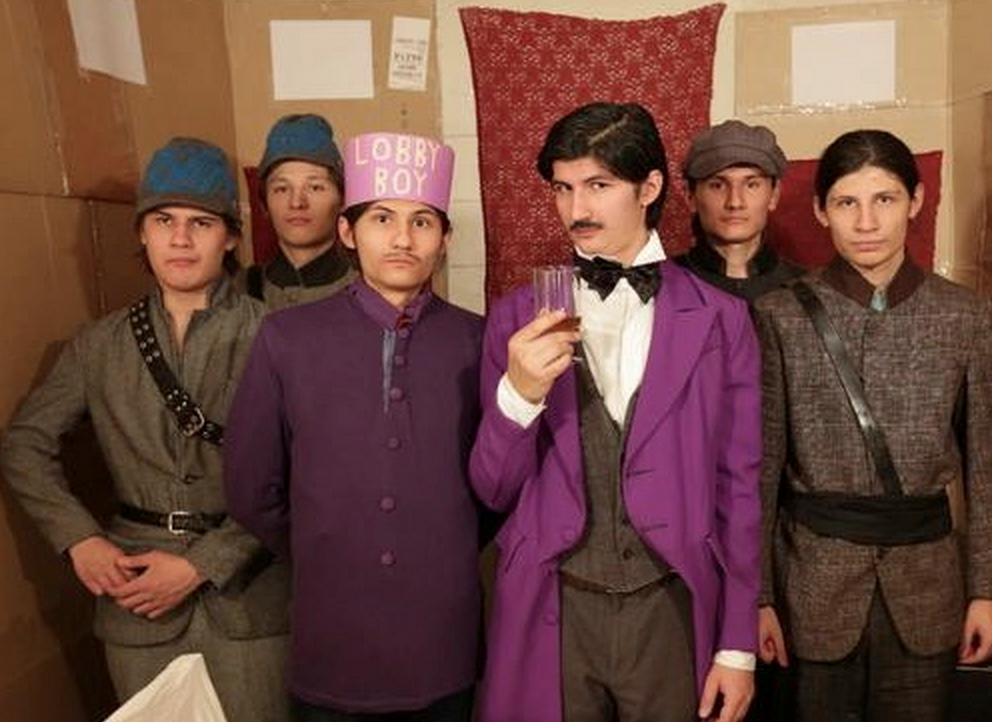 Moselle claims to have discovered the boys when they came flying by her one day on an NYC street – they began venturing outside after Mukunda donned a Michael Myers mask and snuck out of the apartment – but everything about this movie seems sketchy. She uses no time or name signposts (which would be helpful since these long-haired, oddly striking boys closely resemble each other) and generally foregoes a clear roadmap in favor of long sequences featuring the boys’ creative endeavors. We can presume the family lives off their homeschooling stipend but it seems odd that no governmental supervision takes place. Wouldn’t there be some regulatory examinations? And if this clan is so averse to outsiders, how does Moselle achieve access to their inner lair? The lack of concrete details becomes particularly problematic when the boys begin to individuate themselves – getting jobs, finding their own apartments, even landing girlfriends. It’s hard to grasp how these financially and socially deprived kids are now casually achieving what’s tough for any millennial these days.

Under the guise of cinéma vérité, Moselle has stitched together a dreamy reverie that, if not a put-on, fetishizes a dangerously dysfunctional situation. Clearly I’m in the minority – the film took the Grand Jury Prize for U.S. documentary at this year’s Sundance Film Festival (as with “Me and Earl and the Dying Girl,” a cynic might surmise festivalgoers just resonate with young cinephiles) – but this feels like the worst kind of “noble savage” filmmaking. At one point, the boys even dance to the 1980s Euro-pop hit “Tarzan Boy.”

Though savage, no one will accuse the boys and girls of “The Tribe” of being noble. They’re the denizens of possibly the most deranged boarding school of all time, a Ukrainian institute for the deaf that seems to function mostly as a front for organized crime. Unaided by subtitles, we watch these male teens sign, roam neighborhoods in gangs, beat and rob each other and bystanders, and pimp out the females to truck drivers. Our entry point is newcomer Sergey (Grigoriy Fesenko), who, upon enrolling in the academy, descends into its nine circles of hell. 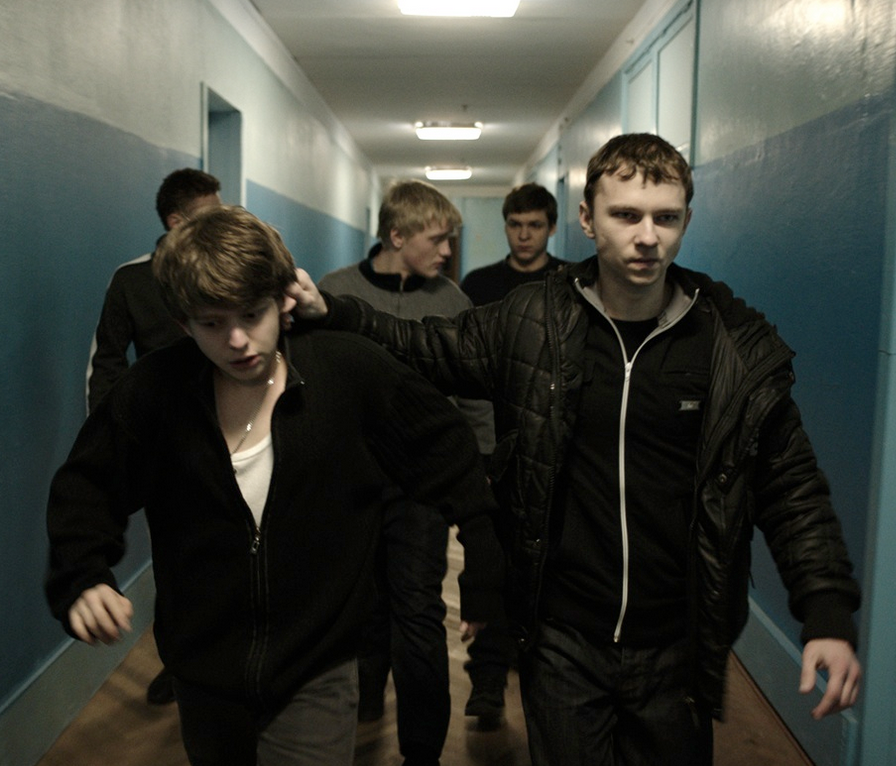 With sexual and physical violence galore, an extended back-room abortion scene, and an unremitting wordlessness, this film is blisteringly difficult to watch. Eventually the silence becomes absorbing, even intoxicating – we begin to grasp how tertiary language really is – but it distances us further from these kids’ realities, as if they’re the subjects of a National Geographic special about mating habits of the East European Deaf. It doesn’t help that writer-director Miroslav Slaboshpitsky seems less interested in exploring this community than in the possibilities of purely visual storytelling. Apparently it’s a fine line between objective filmmaking and flat-out objectification.