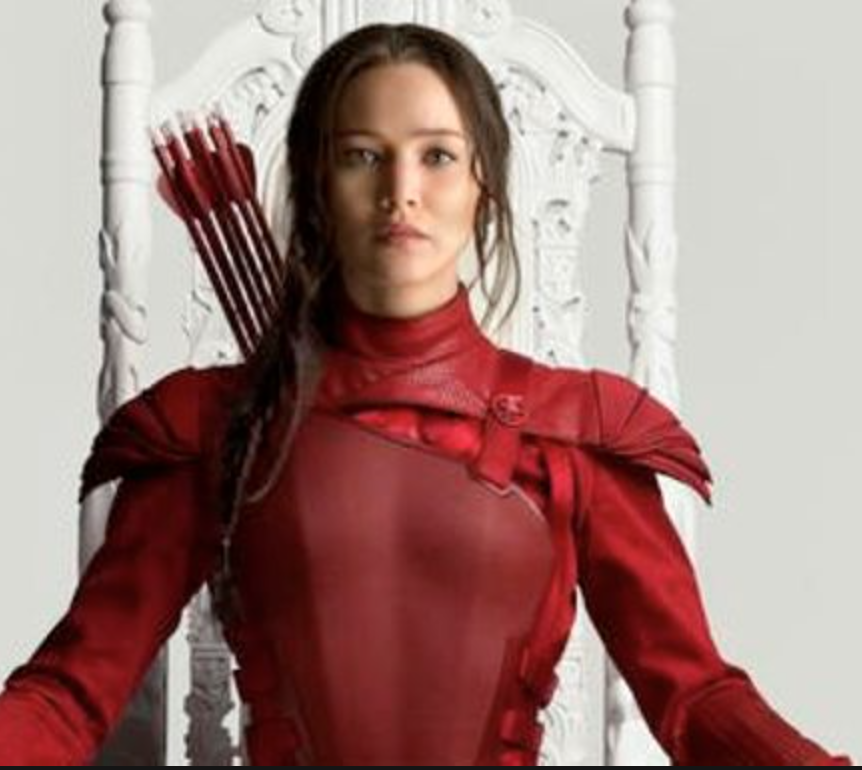 Overall, I like “In a World,” actress Lake Bell’s comedy that indicts sexism in the voice-over industry, but it contains one problematic scene. In it, a studio bigwig played by women’s rights activist Geena Davis critiques a thinly disguised version of “The Hunger Games” films. “Let me level with you,” she says. “This pseudo-feminist, fantasy-tween, chick-lit bullshit is a devolution of the female mission and a cancer to the intelligence of young women.”

As “The Hunger Games: Mockingjay – Part 2,” the final (and hyper-punctuated) installment in the four-film series adapted from Suzanne Collins’s best-selling book trilogy, hits theaters this week, I thought about how much I disagreed with these words. To usurp Bell’s titular phrase, in a world in which young girls – everyone who identifies as female, really – are routinely condescended to and manipulated by popular media, the “Hunger Games” franchise stands out as a shining exception. More than that, it charismatically instructs a new generation (one for whom the activism of the 1960s is but a twinkle in their grandparents’ eyes) that hegemonies can be toppled if we behave courageously and selflessly.

There are, of course, less lofty reasons why “The Hunger Games” franchise is so beloved – and it is beloved, and not just by young women. For one thing, this young adult series has got the action, Jackson – scene upon scene of ass-kicking ladies and gents who have been more expertly photographed with every consecutive film. (The lenswork was a little sketchy in the first one.) There’s also the fascinatingly punk rock-Louis XIV-style costume and makeup design (pink eyebrows, facial jewels, feathered headdresses) of the let-’em-eat-cake Capitol denizens. There’s teen cinema’s juiciest love triangle since the “Twilight” films, complete with cute boys: strapping Gale (Liam Hemsworth) and sweetie pie Peeta (Josh Hutcherson). And there’s the extraordinary casting across the board: a bewigged Stanley Tucci as blood-curdling host Caesar Flickerman; the late Philip Seymour Hoffman as Machiavellian game designer Plutarch (he makes a small posthumous appearance in “Mockingjay – Part 2,” and it’s a great one); Julianne Moore as a lesser-of-two-evils leader with a Hillary Clinton bob (hmmm); 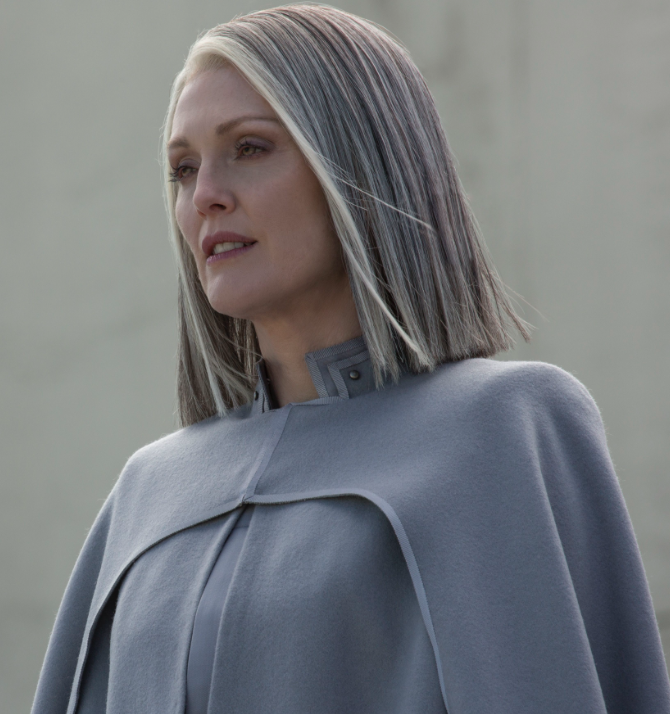 Donald Sutherland as the thrillingly macabre President Snow; Lenny Kravitz as subversive designer Cinna; Jena Malone, more liberated as the unlikeable Games victor Johanna than she’s been since her “Stepmom” stint; and the ever-versatile Jeffrey Wright as the mechanical genius Beetee. The list is endless, and for once you get the sense that these high-caliber stars have been seduced by more than the fat paycheck offered by a big-studio project. They have also been drawn to the social justice messages that are more supertext than subtext in both the films and the books.

But I’m burying the lede, which is the great Jennifer Lawrence, the first true female megastar that Hollywood has produced since Julia Roberts’s toothy grin hit multiplexes. Whereas Roberts was the poster child for the unthreatening brand of femininity upon which 1990s popular culture dined, Lawrence offers something chewier and more unabashedly powerful. First entering the public eye as the teenaged defender of her family in the Appalachian indie drama “Winter’s Bone,” she channels that fortitude for Katniss, the “Hunger Games” principal who leads the working people of her country to revolution.

As the “Hunger Games’ has swelled in popularity, Lawrence’s star has risen with it, and by now she’s a modern goddess: a broad-backed, high-cheekboned, no-frills super-heroine for a generation that still hasn’t been granted a contemporary Wonder Woman. Certainly the series’ built-in critique of the media is rendered even more meta by the way J-Law has been forced to cultivate her own persona in the public eye. Like Katniss, she is willing to lead rather than merely follow: In between her arguably intentional Lucille Ball-style red-carpet goofs, she’s spoken out on touchy subjects like the trap of female likeability and the gender pay gap.

By giving us this formidable woman and the dystopia she inhabits, the “Hunger Games” franchise has offered an important – and increasingly rare – model of what it means to come of age. In this world, young and old alike pursue an adulthood that is achieved through acts of bravery, kindness, and self-sacrifice rather than chronology. They also renounce totalitarianism, violence, greed, economic inequities, and the commodification of revolutionary heroes – so much so that Katniss’s ultimate act of rebellion is to dismantle a broadcast of the Games with her legendary bow and arrow. 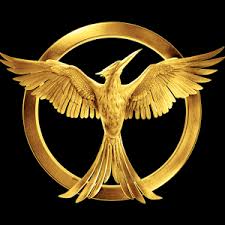 There could be no more overt – nor more ironic – homage to Gil Scott-Heron’s famous cry: “The revolution will not be televised.”

With the final film in the “Hunger Games” series, we are shown once again that there always will be reasons to fight the good fight. This series’ belief in its audience – in our desire to be woken up rather than entertained, in the bravery of ordinary folks, in young people’s ability to implement important change, in unequivocal female power – is as unwavering as Katniss’s gaze. And why not? Really, we all can be The Mockingjay.