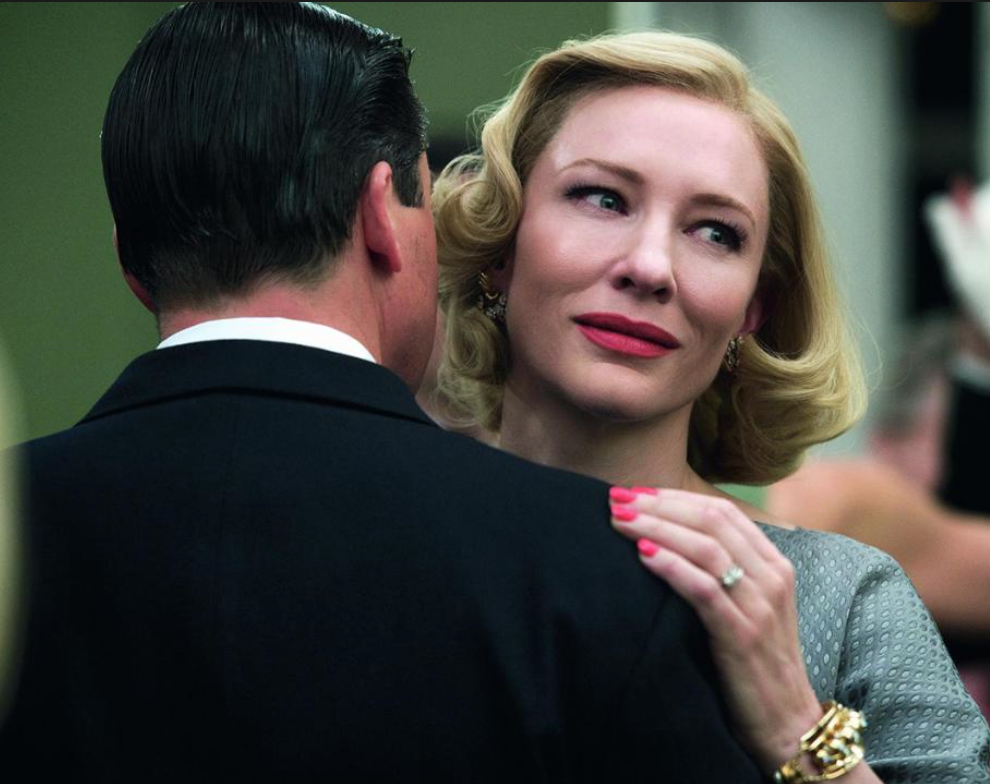 Walking out of “Carol,” director Todd Haynes’s newest film, I had to laugh about our need to sneer at the past no matter how much we fetishize it. Progress is elliptical, not linear, though the LGBT community can be forgiven for temporarily forgetting this fact. This year alone we’ve achieved civil rights inconceivable only decades before–when AIDS patients were treated by the government as if they’d earned their fate, and simply being gay could deny us of our legal right to work, live, find shelter, and, of course, love.

Amid this unprecedented groundswell of mainstream acceptance comes Haynes’s adaptation of Patricia Highsmith’s 1952 eponymous novel about a love affair between the titular married socialite and Therese, a shopgirl twenty years her junior. Originally published under a pseudonym and with a different title, the book not only reflects the obstacles facing a lesbian couple in the mid-twentieth century but the holistic confusion facing any woman coming of age – when the world claims her body and sexuality before she’s grown comfortable with them herself. Students of queer and feminist literature have long prized the novel’s precision and defiant optimism, and for good reason. It is a quiet tour de force that remains radical today.

“Carol” is a far more conventional venture, though a very fine one – one of the most expertly constructed films of the year. Cate Blanchett stars, and for once her broad strokes match the cinematic material. (I’m of the minority opinion that she’s best suited to a stage.) Certainly her particular brand of beauty – broad-backed, powerfully feline, brightly blond – is ideal for Carol who, with red lips and dragon smoke, radiates the brittle confidence of a siren trapped in New York City’s suburbs. 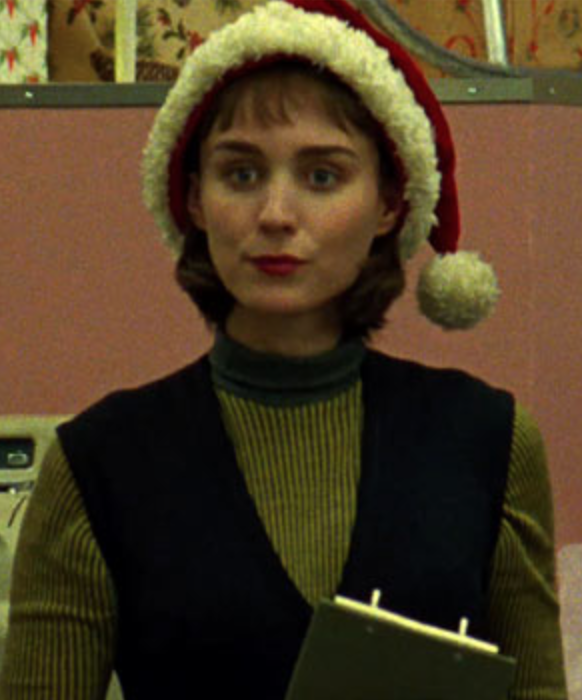 We first meet her when she is making a dramatic exit from Therese (Rooney Mara), and the unrequited longing passing between the two funnels down to a crimson-taloned hand placed on the younger woman’s shoulder. I laughed at this as well, less out of derision than a gleeful identification. For in this over-determined image alone, Douglas Sirk’s influence–his patina of Technicolor pastels and emotions–is as obvious as a greasy thumbprint though more welcome. (This is even more true in Haynes’ “Far From Heaven.”)

Therese lives front and center in Highsmith’s novel but shares equal screen time with Carol here, which acquaints us all too well with the turbulence in both ladies’ lives. With Kewpie-doll eyes and pouts, Mara’s often-misapplied balefulness works for the aspiring photographer, who spends her days submitting to others’ whims – her pinched-nose boss, her cheerlessly determined beau. Only when Carol sweeps up to the department store counter does the younger girl straighten her spine, though that cupid bow mouth remains pursed. (There are a lot of pursed mouths in this film, as if everyone is theatrically repressing a kiss.) Therese makes the first move – or maybe Carol does, since she leaves behind a pair of gloves that Therese takes the initiative to return. A courtship commences, and for a while nothing is exchanged but lingering glances.

Alternately impressionistic and acutely angled, the visuals do most of the talking in this romance. Big truths are hidden in plain sight: We zoom in on gorgeous shark-finned Cadillacs and vintage record players but view Therese and Carol’s most intimate moments through rain-splattered windows and shadowy doorways. Mostly in their increasingly shared palette (ruby and olive, a sly nod to the Christmas season) do we see the bond grow between the two women, who recognize each other’s self-possession masquerading as ladylike restraint. These are wonderful scenes: neon-lit with the hypnagogic intoxication of really being seen.

Carol is in the process of separating from her husband (Kyle Chandler), a booze-addled mama’s boy who is demanding full custody of their young daughter since he can’t control his wife any other way. Alone for the holidays, Carol suggests Therese join her on a road trip, and there, amid the Heartland’s lonely diners and still-unadulterated fields, the two finally consummate a passion they still haven’t voiced. It’s a love that literally dares not speak its name. 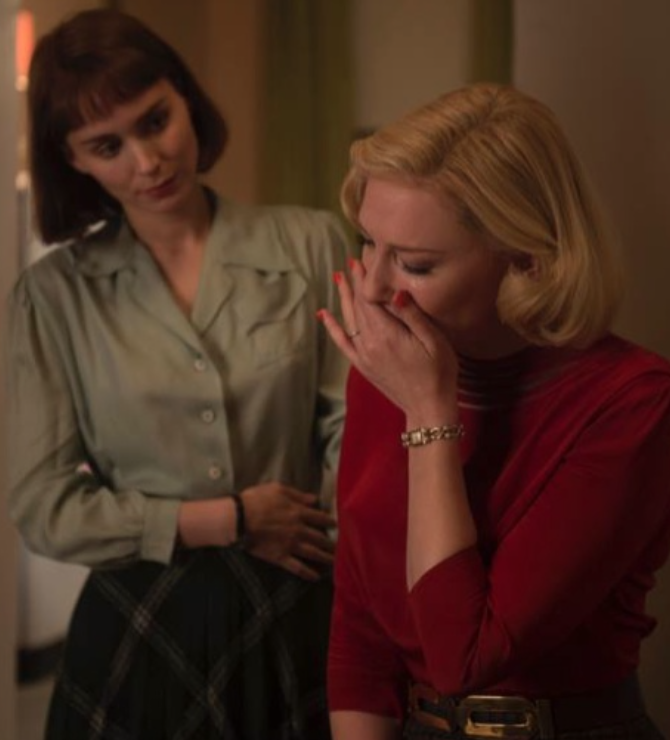 I relish this perfectly framed paean to female love but fear something priggish is buried within it. In erecting what one friend calls a “Douglas Sirk museum,” Haynes has fashioned a stunning melodrama that allows us to feel superior to the past even as we bask in its glorious style. A gratuitous number of expository scenes describe how Carol’s sexuality is being used against her in the divorce proceedings – See? Things are better now! – and Haynes breaks down her cool remove so thoroughly that I’d call it a come-uppance if I didn’t believe in his intense sympathy for women. (In cleaving closely to Therese’s experience, the book doesn’t depict tough-customer Carol’s demise so much as her disappearing and returning.) Therese, too, has been transformed in this adaptation from a woman growing into her desire to a “She Done Her Wrong” victim. Though Haynes’s nostalgia has never before betrayed him, here it strips the women of the agency Highsmith carefully granted them. Worse, it spoils the freshness of her story, which testifies to the courage that intimacy universally requires.

The Church of Rosie the Riveter
The Grinch Who Stole Sunrise