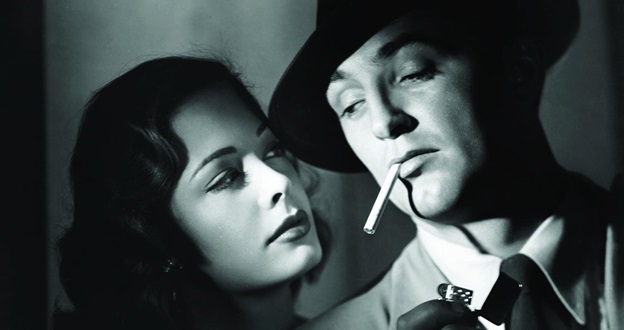 The days are short. The nights are long. The shadows are even longer. All told, it’s a fantastic time to settle in for a noir marathon – especially if you’re not the sort to swoon over the holiday season. It’s easy to reduce noir to its aesthetics: curling clouds of cigarette smoke, fedoras at rakish angles, shimmying dames, chiaroscuro that looks black and white even when it’s not. But the genre is also defined by what I call “cinennui” – a gloomy, back-door glamour and the sense that, as critic Stephen Whitty puts it, “you’re being directed by destructive forces larger than you.” Roger Ebert wrote that noir was the most American type of cinema because no other society “could have created a world so filled with doom, fate, fear, and betrayal unless it were as essentially naive and optimistic.”

Noir is more of a state of mind than the product of a particular era in history. But for the purpose of this primer, we’ve chosen ten essential examples from the 1940s, arguably the heyday for all doomsday cinema (until recently; hi, new-millennium dystopias). As CNN’s Gene Seymour says, “Pop culture tends to be a decade late in giving full vent to the subconscious of a given time, so 1940s films are a species of no-exit despair more emblematic of the 1930s, when desperate times led desperate people to do really desperate things.” As an interesting sidebar, many of the best examples of this genre are literary adaptations – not surprising given that a sinewy plot is key to any noir worth its salt. 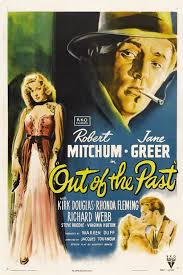 “Out of the Past” (1947)
Almost the platonic essence of noir, Jacques Tourneur’s classic love triangle between a gas station owner (Robert Mitchum), a lantern-jawed gangster (Kirk Douglas), and the girl who got away (Jane Greer) has got it all, baby – and it’s set against the dying sunsets of the American Southwest.

“Force of Evil” (1948)
This adaptation of the Ira Wolfert novel Tucker’s People focuses on two brothers – played by Thomas Gomez and John Garfield – ensnared in the numbers racket and, boy, does it deliver on moral complexity and steely Sturm und Drang. Bonus: a sizzling New York City backdrop. 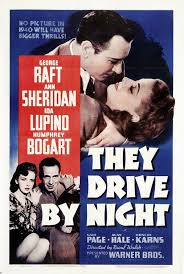 “They Drive by Night” (1940)
Two words: Ida Lupino. Two more words: Humphrey Bogart. This adaptation of A. I. Bezzerides’s novel Long Haul starts out as a truckers-making-it-good chronicle and explodes into a courtroom drama; it’s a social realism staple that highlights the class tensions lurking in noir.

“The Reckless Moment” (1949)
This adaptation of Elisabeth Sanxay Holding’s 1947 novel The Blank Wall stars Joan Bennett as a California housewife desperate to cover up what she believes is her daughter’s crime; James Mason is the blackmailer who’s got her in an impeccably shadowed corner. This may be genius director Max Ophüls’ finest work. 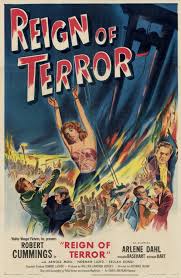 “Reign of Terror” (1949)
No noir primer would be complete without an Anthony Mann directorial effort. This one may be set during the French Revolution but its atmospheric lenswork and behind-the-scenes wheelin’-and-dealin’ (oh, Robespierre!) make it an ideal entry in the genre anyway.

“Detour” (1945)
As perverse as it is fascinatingly imperfect, this hitchhiker-blackmail drama starring Tom Neal may be riddled with inconsistencies but it’s as hauntingly sad-sack as any film from the era. Critic Kim Morgan says, “Neal’s lined, worried brow says it all without him having to say anything.”

“Born to Kill” (1947)
With their low rents and drifter clientele, single-room occupancies are perfect noir abodes. This Reno-set boarding-house thriller adapted from James Gunn’s novel Deadlier Than the Male is the first film by Robert Wise and he sure found his sweet spot right off the bat. Lawrence Tierney as a killer is, well, killer. 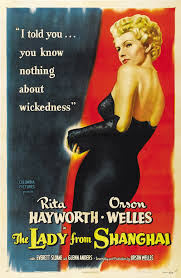 “Lady From Shanghai” (1947)
Starring Rita Hayworth and Orson Welles, who doubles as director here, this whodunit adapted from Sherwood King’s If I Die Before I Wake boasts more curves than Hayworth herself. A final shootout in a hall of mirrors is one of the most meta-noir moments in film history.

“It’s a Wonderful Life” (1946)
Frank Capra’s holiday classic is actually a perfect noir – one so grim that it was poorly received upon its original release. Even after George Bailey (Jimmy Stewart) finds his happy ending, his long-shadowed, pillowy black-and-white melancholy never fully escapes our minds.

“Gun Crazy” (1950)
Technically, this film belongs on a 1950s list but it’s such a genius example of 1940s noir that I’m letting it in under the wire. Adapted from a 1940 Saturday Evening Post short story, it zeroes in on a pistol-toting husband-and-wife team (Peggy Cummins and John Dall) on a crime spree to end all crime sprees. The list of films inspired by this is endless; let’s start with “Bonnie and Clyde.”

Change Must Be Made, Not Awaited
Under the Gemstone Sky