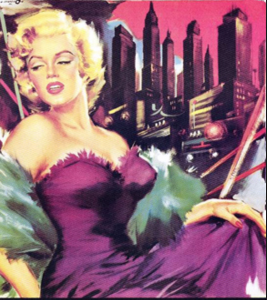 There may be no finer time to visit vintage film than winter, when it’s best to stay far from the madding crowds, frigid winds, and the dismal multiplex fare released early in the year. And nothing matches the bleak weather like the film noirs from the 1950s, when the United States was grappling with the long shadow of the Holocaust, the Cold War, and McCarthyism. Here are my top ten must-sees of the genre – most of which are adapted from equally shadowy novels and short stories. What would be on your list? 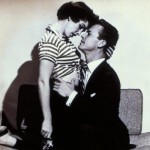 “Kiss Me Deadly” (1955)
A hollow-eyed harbinger of the French New Wave, not to mention sunshine noir, this adaptation of Mickey Spillane’s whiskey-stained mystery drags Los Angeles detective Mike Hammer (Ralph Meeker) down a highway of twists and turns. Suffice it to say “Pulp Fiction” never would have happened without this film. Bonus: the debut of a young Cloris Leachman. 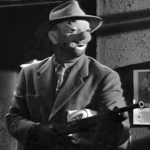 “The Killing” (1956)
Directed by a Stanley Kubrick so young he hadn’t yet learned to cleverly disguise his misanthropy, this smart-mouthed race-track thriller adapted by Kubrick and author Jim Thompson from a Lionel White novel is so seamlessly well-constructed – all time switchbacks and Sterling Hayden snarling at the sun – that it takes a while to realize just how beautifully gloomy it truly is. 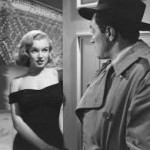 “The Asphalt Jungle” (1950)
This adaptation of W. R. Burnett’s pulp novel may be John Huston’s greatest noir; certainly as a study in social and moral corruption it runs as deep as Fritz Lang’s films but offers a more finely honed irony. Sterling Hayden, that sneering prince of 1950s noir, shows up again, this time as a Midwestern hood embroiled in a million-dollar robbery. Bonus: Marilyn Monroe’s debut performance. Oh, Daddy! 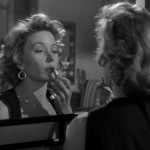 “The Big Heat” (1953)
Speaking of Lang, his most compellingly subversive noir may be this adaptation of William P. McGivern’s Saturday Evening Post serial. Glenn Ford stars as a straight-arrow cop who’s far darker than he appears; Gloria Grahame plays a dame who’s not nearly as ditzy as she appears. With long shadows and even longer faces, this may be the Austrian helmer’s best study of the menace of moral ambiguity. 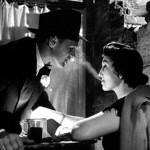 “Night and the City” (1950)
Director Jules Dassin’s first movie after being exiled from America is arguably the most underrated noir of this decade; its very title is wonderfully archetypical. Adapted from Gerald Kersh’s novel, it focuses on Richad Widmark as a two-bit grifter trying to muscle into the wrestling racket. As New York Magazine’s David Edelstein says, you can just see “Eisenhower’s America on the horizon, blooming with a dark underbelly of fear and nihilism.” 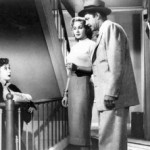 “While the City Sleeps” (1956)
Let’s start with the simple facts: A serial murderer known as the “lipstick killer.” A media magnate played by Vincent Price. Fritz Lang once again at the helm. And Charles Einstein’s novel The Bloody Spur as the source material. This is a classic “stop the presses” B movie that never lets up until we’re all strung out. Needless to say, it’s a must-see. 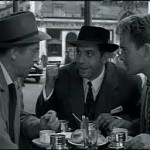 “Rififi” (1955)
Another Dassin import, this adaptation of Auguste Le Breton’s novel is widely heralded as one of the best crime films of all time. With its rainy backdrops, chiaroscuro, and perfectly paced tension, it’s also one of the most influential French noirs of all time. But it’d be worth the price of admission (or a rental) just for that famous heist scene that lasts a solid half-hour without one word of dialogue or note of music.

“The Prowler” (1951)
Written by the legendarily blacklisted screenwriter Dalton Trumbo under a pseudonym, this tale of an insurance scam gone awry stars Van Heflin as a no-good cop and Evelyn Keyes as a lethally dissatisfied wife. Clean and cool, the art direction offers a welcome contrast to the melodrama that eventually, and surprisingly satisfyingly, eventually boils over. 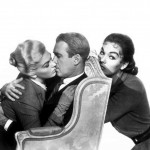 “Vertigo” (1958)
There are plenty of reasons why you could argue this Hitchcock pic doesn’t belong on this list: it’s in color and has virtually no “inky black shadows”; it boasts big stars, big hair, and a big budget. But as critic Stephen Whitty says, every other trope is in place in this adaptation of Pierre Boileau and Thomas Narcejac’s novel D’Entre Les Morts – the private eye, the mysterious dame, the swanky murderer, the deep twists of the plot (and the metaphorical knife). Starring Jimmy Stewart, Kim Novak, and Kim Novak yet again, it’s a noir that only improves with the year. 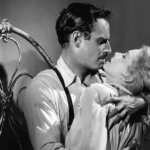 “Touch of Evil” (1958)
No matter what you think of the rest of this list, it’s hard to resist Orson Welles’s adaptation of Whit Masterson’s novel Badge of Evil. With slashing angles and a baleful expressionism, it stars Welles, Marlene Dietrich, Janet Leigh, and Charlton Heston in a border-town murder mystery that transcends the genre even as it embodies its best traits.

Watching You, Watching Me
Banana Pancakes and Change