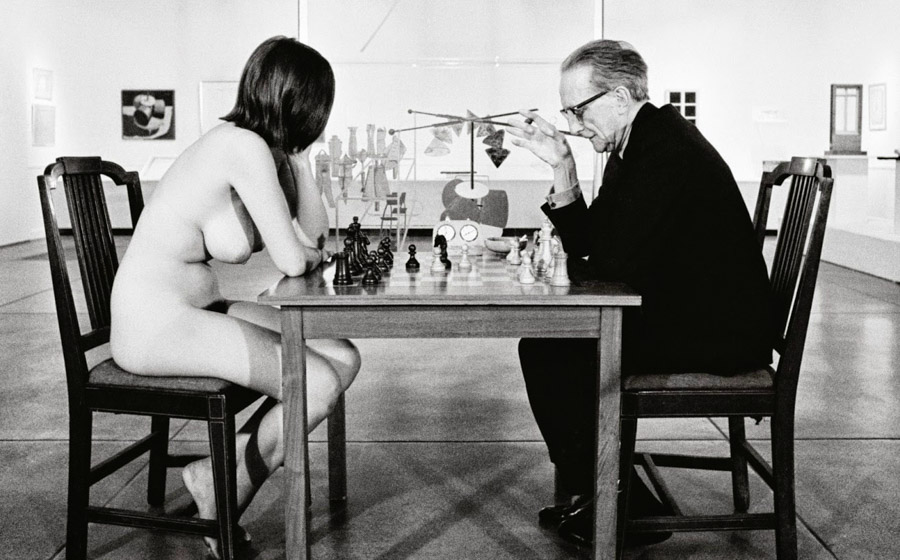 There were many West Coast It Girls of the 60s and 70s, but Eve Babitz may have been the West Coast It Girl, at least among people in the know. Born in 1943 to a Jewish studio violinist and a shiksa Texan rose, Igor Stravinsky was her godfather and Greta Garbo, Charlie Chaplin, and Bertrand Russell her family friends. In the 1960s, she became a “groupie-adventuress” who designed album covers for Linda Ronstadt and Buffalo Springfield, befriended everyone from Frank Zappa to Salvador Dali, and counted Steve Martin, Jim Morrison, Harrison Ford, Annie Lebowitz, and both Ruscha brothers (photographer Paul and painter Ed) among her many lovers. She also was the nude girl in that famous photograph of Marcel DuChamp playing chess. You know the one.

Also she was an extra in Godfather II because she was sleeping with the film’s casting director and, well–why not?

None of these biographical details are as compelling as Eve’s prose. In essay collections and autobiographical novels, she rhapsodized about booze, beauty, jacarandas, and, above all else, her native stomping grounds of Southern California. Whether the subject was the many sorts of SoCal winds or a perfect crate of Chavez-approved grapes, she wrote with such extravagance that you found yourself falling in love with Los Angeles even if you’d always considered it a cultural wasteland–an opinion that would have rendered you a cultural wasteland to Evie, were you dim enough to express it around her.

When I first discovered Babitz, I had no idea of her It Girl status. Prowling a yard sale at age ten, I found a copy of her second book, Slow Days Fast Company, and devoured it without grasping a quarter of the references. (Poppers? Ménage à trois? It all sounded delicious.) Her well-read, half-bred, doggedly unwed perceptions resonate with me to this day–so much so that I suspect they helped shape my sensibilities. In Eve I had found a spiritual godmother–an eminently fair woman who seemed to reject “niceness” on the grounds that it precluded too much pleasure and even more good points.

My kind of Eve. 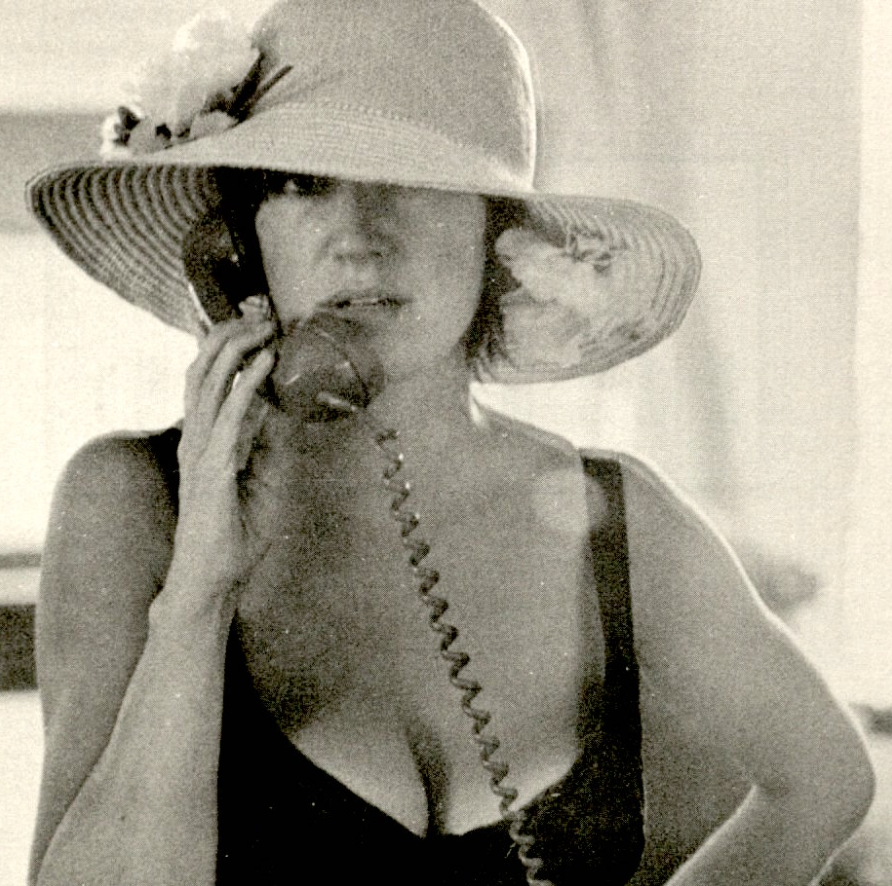 Babitz was living proof that rock-and-roll decadence also could be elegant and that muses could be the sharpest tacks in the room. Her writing was so lush and so arch – so sexy and smart – that she made you believe lush and arch were not mutually exclusive. (Gloria Steinem and Angela Davis already had shown us sexy and smart were not mutually exclusive.) Only Eve could inspire you to buy seven caftans and all the ingredients of a tequila sunrise after reading only ten pages of her books. The cocaine and caviar were optional.

I’m using past tense because in 1997 she sustained third-degree burns over half her body in a freak accident. (Driving home from a party, she dropped a cigar on her skirt, which burst into flames and melted her pantyhose to her skin.) Babitz survived–when Harrison Ford and Steve Martin kicked in 50k each to help with medical bills, she croaked “blow jobs”–but her “It Girl” persona did not. She stopped writing, stopped going out, and most of her books went out of print. That would have been the end of the story for many authors, but Babitz’ glamour proved resilient.

That’s because she’s always been a subject, not an object, and her words, even out of print, kept finding such self-proclaimed goddaughters as myself–girls who didn’t want to be chicks so much as broads, girls who wanted to befriend the men they bedded, not wed them.

Indeed, Babitz has remained the favorite L.A. writer of so many. She is known to complain that “Everybody steals my lines” and you can see why. On the topic of crowds, she has written: “I love hordes…. You’re free at last: Stuck.” About growing up in Los Angeles: “[We] knew it was paradise, and better than Eden, which was only a garden.” Also: “If you live in L.A., to reckon time is a trick since there are no winters. There are just earthquakes, parties and certain people. And songs.” About the elusiveness of maturity: “By the time I’d grown up, I naturally supposed that I’d grown up.” About female friendship, she is especially wonderful:

I had a collection of lovers to keep me warm and my friendships with women, who always fascinated me by their wit, bravery, and resourcefulness, and who never told you the same story twice. I mean, you can go places with a woman and come back just fine. As my agent, Erica, plowed right in and said: “You know when you have dinner with a girlfriend, you’re going to come back a whole human being.

That paragraph alone is an anthem for we women libbers with a sense of humor.

Recently, Babitz’s work has seen a renaissance. In the last few years, four of her books have been reissued – most recently, Sex and Rage, her self-enchanted novel about a surfer girl who finds sobriety – and it is rumored that a television series is being adapted from her books. Given that the seventy-four-year-old recluse has no interest in the press (nor, seemingly, her career), this uptick of interest only can be attributed to the wonderfully stubborn magic of her quintessentially Californian work. All Sunset Boulevard swoons and glamrock lovers, Eve’s mid-century L.A. evokes a paradise lost that has become irresistibly meta since she stopped putting pen to paper.

The Language of Beauty
‘After Andy,’ Forever Warholia