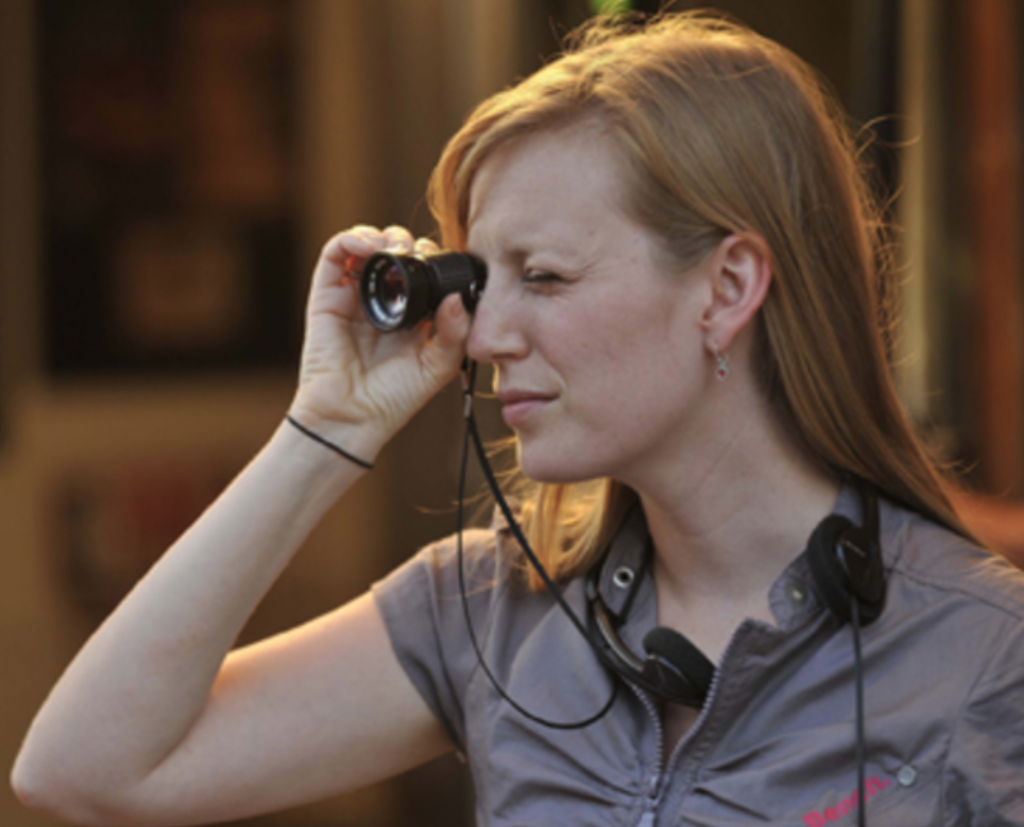 This morning, as the sun rose wanly here in Truro (yes, I’m back for the rest of the month), I caught up on the Harvey Weinstein revelations. Nothing unpredictable, I’m afraid, which made them all the more appalling. Woman after woman coming forward with the same clutch of details: the bathrobe, the massage requests, the obsession with showers, the need—nay, the demand—for sexual attention. What angered me most: Harvey claimed he was offering career ascension to hundreds of young women, but all he really was saying was: If you submit to my sexual demands, I will not harmfully, aggressively cockblock your career.

He is a larcenous pig not unlike, say, our alleged president.

As the estimable Gloria Steinem has written—as the Academy of Motion Pictures itself has acknowledged—such predatory behavior is hardly unique to Weinstein. Instead, this “isolate and destroy” brand of toxic masculinity has meant that we women have felt damned if we do and damned if we don’t in terms of sexual resistance.

Again, not news to anyone walking as female in this life.

But Sarah Polley did raise an issue I hadn’t considered in 15 years. In this week’s New York Times, the director addressed her reason for walking away from acting: She felt like prey. Scratch that. She was prey. And it made me think about my own career as a tween actor. 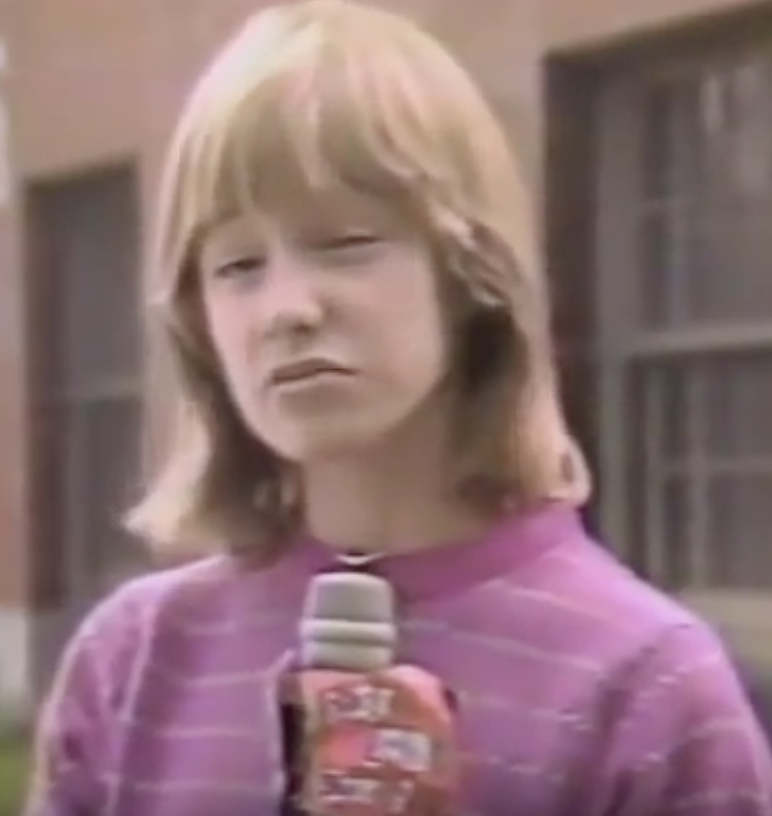 I never talk about why I quit acting. The truth is that it’s probably no loss to the world. As as an adult, I’m good enough on stage or in front of a camera as a commentator but not especially adept at pretending I’m anything but myself. As a young person, though, I really, really wanted to be an actor and experienced a surprising degree of success. By 15 I had appeared in three television productions, one of which was a national live series from the showrunners of You Can’t Do That on Television, a Canadian series that also was an American hit thanks to the might of 80s-era Nickelodeon. Our show landed me on television sets across the United States on Sunday mornings as well as the cover of the Boston Globe’s TV guide, which meant I arrived at the first day of junior high school already hated by at least 50 percent of the student population. “You think you’re better than us?”

That’s not why I quit acting, though. I quit because I could not tolerate the level of vulnerability it required. I was constantly fending off the advances of my male superiors and buckling under the scrutiny of my pubescent body. Just the short-shorts they made me wear were so indecent that by 13 I was a full-blown anorexic.

What’s worse was a producer who constantly pulled me onto his lap to “tickle” me. At 12 I am sorry to say I already recognized the lump in his pants as something other than his wallet, so I trained myself to not laugh when he poked my breasts and hips and beneath my armpits. “You have no sense of humor,” he declared as if he were the injured party. To this day, I punch people who try to tickle me. They can’t fire me. 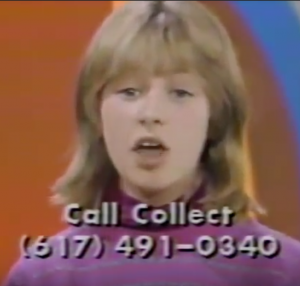 Another higher-up was a different brand of creepy, a type with which I was already painfully familiar. At 12 I had reached my full height of five foot eight—skinny as a drowned rat but already curvy with hair bleached blonde from constant Sun-In experiments. Perilously Barbie-like, in other words. The thirtysomething used my preternaturally mature looks as an excuse to approach me as he might any other girl he wished to date. With his rangy form and full lips, he looked enough like a young Mick Jagger that I fell for every line he threw my way, especially when he called me at home under the pretext of our show and took me for cokes in his Lamborghini. Mostly he talked of his “other girlfriends” and partying (cocaine, duh) while I hungrily took notes. He and the producer wrote a scene in which I had to make out with a seventeen-year-old costar who, because of his short stature, was playing my age. (We both were supposed to be 14.) As I stiffly received his kiss, everyone on set burst into laughter. “Liver lips!” called my crush, and the cameramen knew this meant cut.

The scene itself was eventually cut. Even for the 1980s, that shit was creepy.

Not long after, he himself kissed me. I told no one when he did. Though I’d dreamed of his mouth upon mine for months, nothing about it felt right when it finally happened. The metallic scratch of his beard scared me, as did the heft of his grown-man muscles.

By the time I finally kissed someone my own age at 14, I’d been frenched, as we used to call it, by at least five men who were significantly older than me—three of whom were producers or directors in shows in which I appeared. One was a relative.

I was coming into my own sexually. I experienced desire all the time, like any girl who’d shoved her hand down her pants while reading one of Judy Blume’s seamier YA novels. So I did not fully rebuff these thirty and fortysomething and fiftysomething males because part of me thrilled at their attention even as I sensed the profound danger of their advances. They never got further than my mouth for the very simple reason that I did not want to get knocked up. By then all my girl cousins were already “caught” and that was the last thing I wanted for myself. I had plans and was willing to kick guys in the balls if they interfered with them. Once I had to.

Acting, I understood, was about receptivity. Therein lay its magic–therein lies most magic–and I could not afford such vulnerability if my body, my sexuality, my self, were to be my own. By 15 I saw my retirement from acting as inevitable, anyway. The actors I’d met radiated a blankness that seemed bottomless and the roles for women were utter horseshit—why be a housewife or a hooker or a dumb blonde (what a hateful concept) when you could write about the whole world from the perspective of what needed to be done? I threw out my stage makeup, put on bulky overalls, and said Goodbye to All That.

I’ll never know what kind of outlet I might have discovered—might have been, as well—if the world weren’t so ugly. I grew more salty than sweet when I stopped trying to please cameras and home audiences, and that very well may have been for the best. But I do wish my retirement had been borne of choice rather than survival.

My love to all you brave beauties singing in this sad, searing symphony. We can change the world only by changing this whole fucking channel.

Friday the 13th, O Blessed Day!
Scene from a Hermitage