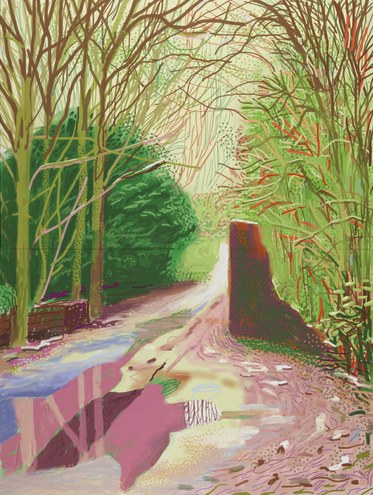 I dreamed a very generous friend took me on what was ostensibly a road trip but really a mission to Harvey Weinstein’s. She claimed to be counseling him in his “convalescence,” but I could see I was going to have to bite a hand that was feeding me, because fuck that shit. I was pissed I now knew the location of his secret lair, even more pissed I found it enviable with soaring ceilings, forest views, loads of pink light. I didn’t see Harvey–my friend was upstairs with the “client”–but my awareness of him was like someone had shoved a pile of shit beneath a million-dollar rug; you could smell but couldn’t see his rotting decadence. I wanted so much to write a whole novel on his enormous pale velvet couch but instead had to go. Of course being me I fled only to realize I’d left everything I needed behind. To wit:
Computer
Wallet
Phone
Keys

So oy vey, I had to go back inside and dig in the cushions of that infernally magic couch. But the real headline was I found my possessions; usually I have to wake myself up to remind myself the losses aren’t real. My friend and I had a knockdown fight–who are you to say, who are you to assume, who are you period?–but, also unusual for my dreams, we made up and beat a hasty retreat together, her small car transforming into a gorgeous pick-up truck gleaming like the sunset into which we disappeared…

I woke and marveled over the good dream, only to remember how fucked things are for me right now. Every money gig has basically dried up and I seem incapable of willing myself to muscle through most of the things I did before to attract cash. Only reading for clients still goes well, probably because it’s a real labor of love. I’m afraid to pitch new editors, managers, agents; afraid to cross the finish line of this book because who knows what’s next?

This week I finally started digging back into its pages and am frankly overwhelmed. There’s good stuff but even at the ripe old age of fortymumblemumble I feel so unsure that it’s worthy of tree-killing or kindle-filling. I’ve strenuously avoided the bullshit of MFA programs and writing groups; the classes and collectives I joined as a younger person only impeded whatever success I managed after leaving them behind. Frankly I never felt middle-class enough for those contexts. When you come from a family in which more people are unwed teenage mothers than college graduates–in which more people have been homeless than have owned homes–you just can’t sit too pretty in those passive-aggressive rooms. It’s hard to breathe, let alone suppress the snorts.

Now I find myself terrifyingly context-free and it’s scaring the bejesus out of me.

So I appreciate this dream; it’s a message I’ve been awaiting. It says I don’t have to be transactional to survive and connect. That I won’t be fully cast out if I refuse to sell out. That I won’t lose myself either. 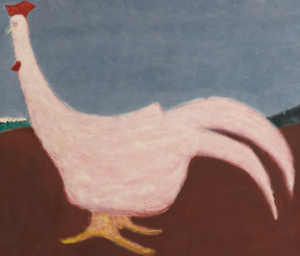 But still I wake drenched in fear, my guts an unholy mess. I’ve been asking before bed to be introduced to my future self. I seem to have forgotten that as long as I’m present there’s a future that can be an extension of now. I know that I’ve got to finish what I started, even though the book sections that are left to write are so much darker and grimier than everything I usually put into words. She’s steely, this girl who needs to be written; she’s writing to you now. She knows how to give a mean blow job because she falls for mean men, has mean blood. Job is right: she earns her keep.

Last weekend was Renewal Holiday. That’s what I call the confluence of Passover and Easter and the Full Moon since I was raised by a messianic and an atheist Jew respectively, brothel witchery and Buddhist sophistry thrown in for good measure. I spent Saturday afternoon on Brighton Beach, blending with the other Russians in a give-no-fucks farrago of big hat, flat stare, unnecessary garnishes. Saturday night B and I reunited for the first time in a minute: drank tequila, got inspired by Charlize kicking ass Atomically Blondely, gave each other our best ears. Sunday morning had me singing and sobbing at church about the joy of death and rebirth and rabbi Mary and gorgeous hats. And Sunday afternoon tea with two witches decades wiser than me, one holding my 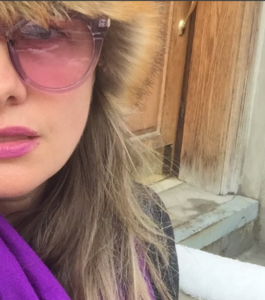 hand while the other told me what I needed to know, not wanted to hear.

You see but are not seen.
You have been used but not loved.
You do not know how to attract anything but betrayal
You perform rather than relax in the presence of others
You act like a sunflower but are actually an orchid
You need greater care and intimacy if you are to move forward
You must ask for teachers and guides

Which is to say, that was me crying in an East Village ponce shop as people all around us talked of their hangovers and hookups and general hashtaggery.

I’m raw as red meat right now and really it could go either way. My body registers the danger whenever my mind forgets. I’m broke and alienated and woefully underemployed. So maybe for the first time, I’m asking for help, not from humans in our weak and selfish fallibility but from the divine who flows through us all. I’m asking myself to trust that most of us manifest her more than we block her. That we are all, even me, lovable even when we are not likeable. That as our country, our heavens, and our earth crumble, we still can rise anew. 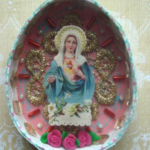 Can release fear and anger and judgment and anxiety and hatred. Can be reborn in light and justice and truth and love, glorious love.

So lately before I go to bed my prayer is this: Help us meet our future selves. Love our future selves. Be our best future selves. I pray for powerful vulnerability and radical receptivity. For emissaries and ambassadors of love. For signs and sirens of sweet, sweet change. For pink light, not rose-colored glasses. For you. For me. For angels in america.

‘Angels in America’ Saves Us All
Happy All the Time