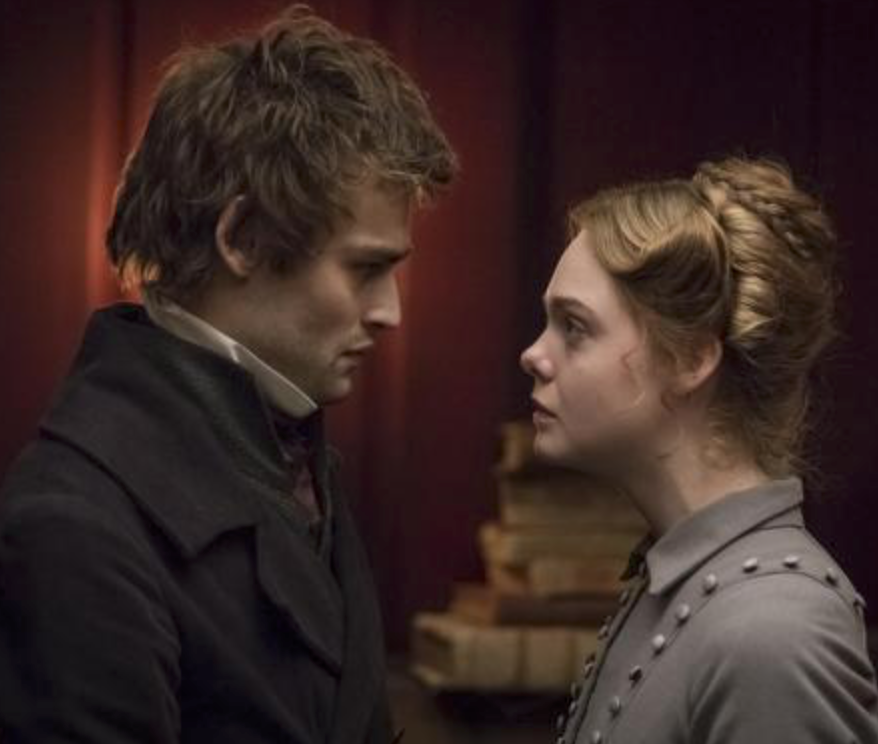 What follows is a transcript of a talk I gave about the biopic Mary Shelley for the Westchester Film Club, where I often deliver lectures on new independent and foreign film releases.

So let’s start with who is behind this lens. As David may have told you, it is directed by Haiffa al Mansour, who also cowrote the script with Emma Jensen. Haiffa’s first feature was 2013’s Wadjda, the first Saudi-Arabian film to be directed by a Saudi woman. That in itself is a mind-blowing accomplishment, given the restrictions women face in that country, but the movie itself, a coming-of-age story about a female tween rebel, is a wonder. I strongly recommend it if you have not already seen it.

I believe that any gifted and empathic person can tell any story regardless of race or gender or any other identity marker, but I have to say that the story of how Mary Shelley, the daughter of one of the 19th century’s most important feminists, and the daughter and wife of two of the 19th century more important literary voices, well, is perhaps best told by a woman. It is especially powerful for it to be told by a woman who is painfully well-acquainted with how women’s rights and creative expression can be restricted by government and cultural traditions.

Haiffa has said in interviews that she is most inspired by Iranian film, which is marked by its subtle storytelling, and, by the Coen Brothers, whose combination of gravity and dry humor appeals to her. You can see all that at evidence here, as well a visual and narrative deference to nature–sweeping landscapes and passions–and an exploration of the human desire to control both. It’s no coincidence that the rise of the romantic poets–who didn’t celebrate nature so much as desire to control it with their pens–coincided with a scientific belief that man could somehow conquer death itself. It’s a theme that we see inspires Mary to write her horror novel.

For one of the tensions Haiffa seems uniquely equipped to examine is how the men of the 19th century–arguably the men of today as well–could espouse a fervent belief in radicalism and freedom and yet see no irony in their need to control and reduce nature, especially in the form of women’s bodies. The issue of female authorship was profound to Mary Shelley–at heart, authorship is what the Frankenstein story is about, as well as the double entendre of the creative and biological act of birthing. That she at first did not receive credit for her manuscript is brilliantly folded into her novel as well as this film. 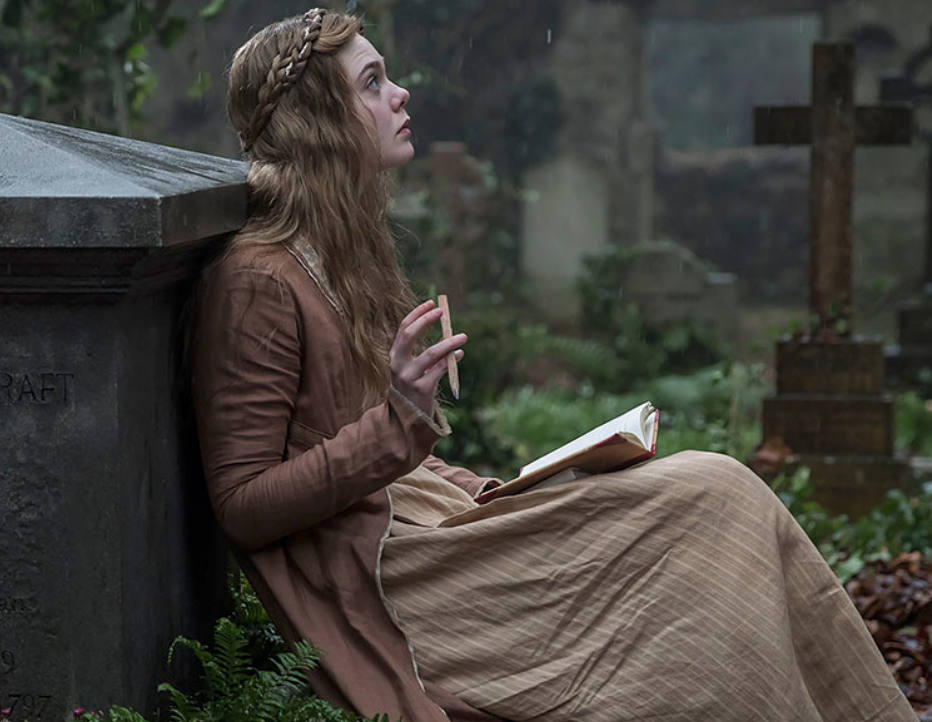 We also see how love and passion can pair badly with female autonomy. The film carefully spells out how Mary falls for Piercy, how her romance echoes the scandals surrounding her mother Mary Wollstonecraft who haunts this film almost literally, and how Mary rising from the ashes of her romantic illusions not only births the Frankenstein monster and the entire genre of science fiction but, arguably, her own adult feminist sensibility.

This is a very young cast, which feels important. The film captures how fleeting life was in the 19th century. The threat of death loomed everywhere, which may explain everyone’s fascination with the supernatural and how quickly people began their lives. It is shocking now to realize that Shelley was 18 when she wrote Frankenstein, and 16 when she met Piercy, who himself was only 21. And yet there is something wonderful–especially in this moment in which young people are facing such high stakes in our country–to see teenagers and twentysomethings taking themselves–their literature and their lust–so seriously.

The casting of this film was thus especially important, and I admit I was initially resistant to current It Girl Elle Fanning in the role of Mary. She’s always been a little impassive and Mary was a woman of great passions and nuance. But what I’d underestimated was Fanning’s strong will–it defines all her performances just as it defined Mary Shelley herself. That willfulness carries the film over the bumps of its occasional odd pacing and historical anomalies and allows Mary to transcend the sexism of every man in her life. Ditto for the exceptional supporting cast, especially Bel Powley as half-sister Claire, Tom Sturridge’s waggish Byron, and Douglas Booth who is outstanding as Percy Shelly. Percy is arguably the most difficult role in the film because we must believe in his charisma as well as his shirking caddishness. With his liquid eyes and weak mouth, he pulls that off and then some. 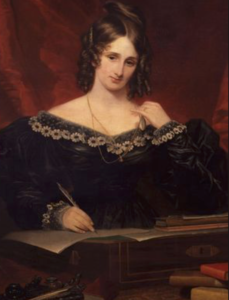 It’s a sad truth that many strong women have been born out of the experience of being an innocent girl who fell for a man who didn’t respect so much as desire her. This film not only encapsulates that disaster but suggests that a uniquely female creativity can spring from it. The monster in Mary Shelly’s Frankenstein is not just one of the most famous monsters in the modern Western imagination. He also is a profound symbol we have of how we can still love when we are misshapen, survive when we are broken, and ultimately transcend our creators. This film, directed and written by women and voluptuously corseted in the jewel tones of the era, deeply honors the origin of that monster, which in turn honors an extraordinary and extraordinarily long line of female resistance.