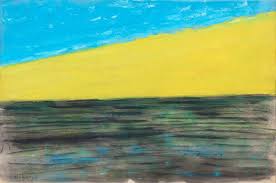 I am sitting in the dining area at Fairway—a sort of greenhouse overlooking the Red Hook harbor—and I am trying not to cry. Correction: I am crying, but quietly, the way grown New Yorkers process very private emotions in the very public spaces where we spend most of our days.

I am feeling like yesterday’s lunch, which is ironic because I just polished off an enormous breakfast.

All around me waves are rising like Joni’s cold blue steel. It makes me feel held, these busy waters mirroring Joni. It also makes me feel lonely because only the world at large, strangers to whom I feel close, hold me right now.

This is Pisces season at its hardest.

Which is true, but also a cop-out, because this is just a hard time all around. This is Democrats-feasting-on-each-other-while-evil-oligarch-runs-us-into-the-ground time. This is virus time, frighteningly warm-winter time.

February’s last gasp is brutal. So is that of patriarchy.

And, yeah, I’m talking about the white supremacist capitalistic cockocratic dinosaurs poisoning our government, environment, media, fun. This is the longest dying gasp in history, and it’s killing us all. 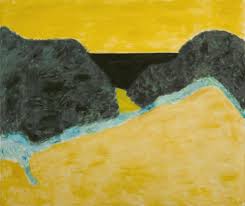 All around my sorrow swims fury in these gloriously choppy waters. A fury on behalf of menopausal, perimenopausal, reproductive-age–damn it, all people who identify in any way as women. Also a fury toward the women who’ve swallowed so much shit they now feed it to others.

The fury I feel every time Warren’s “electability” is debated by the same couchside demographers who look the other way as her white male contenders scowl, browbeat, lie, fumigate, generally behave unlikeably. Just the body language of the debates makes me apoplectic. (It also rings more than a few bells in my professional life.)

The fury I felt last month when the architect next door fixed my armoire for a pound of flesh– swigging my wine for two hours while complaining about the wife he’d just left, bragging about the blue pills he takes to fuck women half our age. (It goes without saying his very decent ex is our age.)

Waggling his eyebrows as he said, “You must have been hot when you were young.”

“Whereas I bet you’ve always been a cad” is a retort I gladly would have delivered had I been sure he’d know what a cad was. If I hadn’t been madder at myself for not TaskRabbiting like a less cheap asshole.

(Every time said architect tries to sit at my coffee shop booth now, I smile evilly and say, Ask yourself, am I going to bore Lisa with my midlife crisis of a love life?)

Alll around me swims the fury I feel on behalf of a younger friend whose boss refused to give her days off when she suffered complications from an abortion last month. A single mother, she lacks a fancy education, fancy money, fancy family–any of the resources required to take the actions merited under the circumstances. Who thusly worked her retail job with blood trickling into a diaper between her legs while he crowed about her irresponsibility. 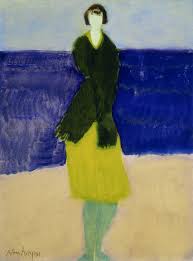 Also all around me is the fury I felt last week when another neighbor—cis-male, straight, a little older–told me he’d been watching my TV show. Jabbing his finger in my face–before Quaker college and therapy, that would have earned him a punch–he said, “You know what your problem is? You need a husband.”

Like I need a fish who needs a bicycle, asshole.

Lord, the freedom people feel to opine about single women’s lives. While I rarely state the obvious–that most marriages endure only because of fear and financial concerns.

All around me is the rage I felt when a female producer of said show complained not to me but to my male colleague about how I was sweating profusely during our last taping.

It’s called a hot flash, asshole. Have you no female solidarity?

All around me is the rage I felt toward a friend living off her partner who, on our last visit, talked on and on about how she’s glad not to live the free-lance life anymore–living check to check with all that immature instability, as if I were a tabula rasa, a priest, a shrink—anything but a middle-aged single freelancer living check to check. 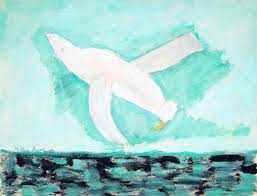 And it’s not like I’m any better. All the fury I feel at the 1% tearing up our economy, at my inability to find a new home for my work, at everyone who doesn’t know what it’s like to live on your own with limited means, worrying you won’t make your nut, worrying you’ll end up on the streets.

Which is why I haven’t been saying much at all.

And all around that rage is the whole of the human condition. The old man with shaking hands and too-bright smile shopping for single portions in the frozen food section. The young guy whose shoulders are sinking under the weight of his new-dad, old-country worries as he stocks pinto beans. The cashier fretting about her sick mother, her cheating husband, her mounting bills as she checks out my organic produce.

Life is so hard for so many. Somedays I feel it all at once, an occupational hazard that I can’t block even with bad eyes, earbuds, general self-involvement. We act ugly because we feel ugly and it only makes things uglier for us all. 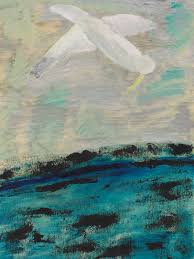 All around me tiny sparrows are eating my crumbs now. City birds at their most resourceful, they fly inside for warmth and stay for the good eats. I feel my grandfather and father, who taught me to love these creatures, to feed them whenever I feel adrift.

I exhale, lower my shoulders, say hello to the ancestors; to Joni, whose “Down to You” has been playing in my head all day (old friends seem indifferent/you must have brought that on); to my highest self, whom I hear even at my most toxic. I crumble the rest of my toast and feed it to these tiny beings channeling everyone and everything. Tentatively then boldly, they flock around me— chirping triumphantly to their buddies and, I swear, gratefully to me.

One bird lands right next to me as I’m typing this. Cocking his head, he warbles just like my grandfather. High and droll, grating yet endearing. I can practically hear the lyrics to his favorite song.

I’ll be down to get you in a taxi, honey
You better be ready about half past eight
Now dearie, don’t be late

All around me, even now–especially now–swims love.
—–
Paintings: Milton Avery