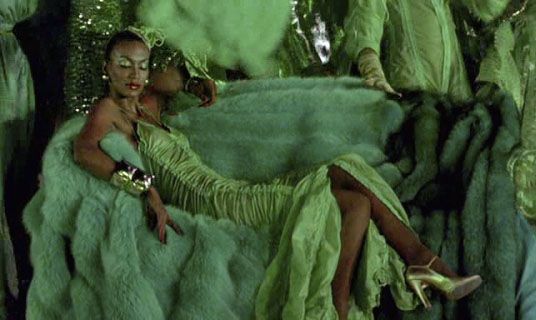 That I rose before dawn is not uncharacteristic. But I’d planned to sleep in this morning. To bask in a morning of quiet stillness, quiet comfort after returning from a wonderful week alone in the woods of Columbia County and jumping head-long into the clamor of New York.

I spent so much of this busy weekend activated by the presence of others—in sessions with clients, then walking and dining and bedding my beau—that today I was pulled out of sleep hours before dawn, the need to process my interactions more powerful than my need for rest.

Mae Sarton has a wonderful passage in Journal of a Solitude about shutting the door to the world.

Begin here. It is raining. I look out on the maple, where a few leaves have turned yellow, and listen to Punch, the parrot, talking to himself and to the rain ticking gently against the windows. I am here alone for the first time in weeks, to take up my “real” life again at last. That is what is strange—that friends, even passionate love, are not my real life unless there is time alone in which to explore and to discover what is happening or has happened. Without the interruptions, nourishing and maddening, this life would become arid. Yet I taste it fully only when I am alone…

I find that last line less ironic than simply factual. Because I do not just absorb other people’s realities. They absorb me. For me to spend time in the presence of anyone is to climb inside them, so that I am regarding the world through their senses, processing information through their nerve-endings and brain synapses. 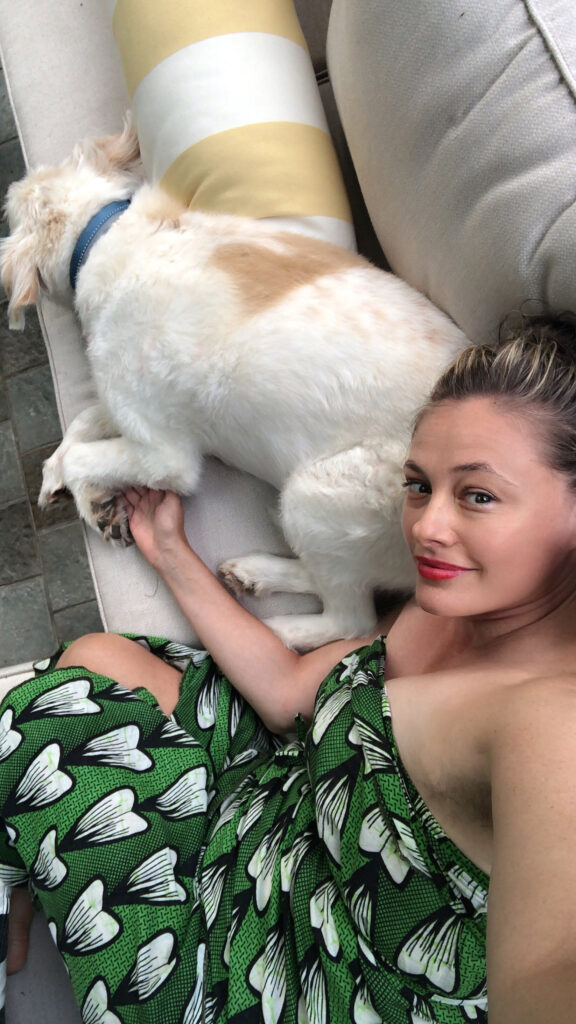 Some perceive my solicitude as selfless, but it only is literally. When I fix a snack for the person who’s yet to announce their hunger—who’s yet to even register their hunger—it is because I am experiencing their need for food as my own, down to the spaciness and headache of low blood sugar. Only the diagnosis and treatment of symptom is mine alone.

So to generate anything that is uniquely mine—even a post like this one–I must first close the door to the world.

It is why I eschew living in small towns There, everyone lives clustered together without the luxury of anonymity, and small talk abounds. My worst-case scenario: what people say to maintain emotional distance without the luxury of physical distance. When people small-talk, I hear two radio stations blaring simultaneously—stock phrases (hot enough for ya? How about them Sox? How’s Janey and the kids?), as well as the raw emotions—frustration, avarice, desire, boredom—roaring beneath.

So I prefer the untarnished exchanges you only find in deep country and deep city—“the gift of loneliness and the gift of privacy,” as E.B. White, another country and city mouse, once phrased it. I prefer streetside straight talk in which people shed the veil like another layer of clothing. The silent stare exchanged with a deer you encounter on a tromp through the woods. Or: the embrace I share even now with particularly resonant trees. In the country, tree-hugging is a perfectly rational activity.

So is rising early, actually.

There, you can feel the sun’s approach long before she makes her glorious ascent. The night air begins to lift and you rise, make coffee, feed the animals, hear everything begin to sing as the sky starts to show its colors.

Here, rising so early can be a form of madness.

It’s lovely in the sense that the city is your own. Even the most rabid of partiers are usually asleep by sunrise and the rest have yet to stir. But it’s also confining. Because you know that somewhere the world is stirring but here that action is stifled by concrete.

What I always have loved about New York is that it is as a city should be—as any congress should be. People of all walks of life co-exist not always peacefully but successfully, in the sense that they do not kill each other. In fact find ways to share currency and small smiles with those whom they might never encounter anywhere else.

This city is not about niceness. I’d not been back for two minutes before I screamed at a dude on one of those extremely stupid electric bikes who knocked me over as I was crossing the street with two duffle bags and a cat carrier (containing a cat!).

This city is about kindness. A second later, passersby rushed to my defense, screaming at the biker and ferrying the rest of my belongings to my front door.

The glorious cacophony of the human experience. 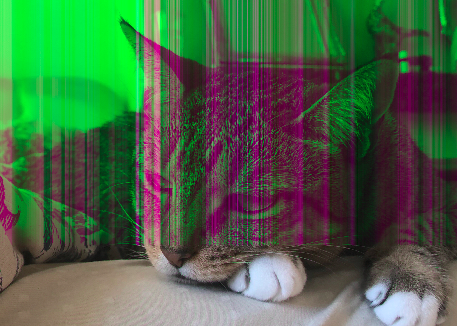 Gracie, as ever on all the right frequencies

But this morning, as I was jolted awake long before sunrise by the impressions I could not filter in the presence of others, I registered a fact so inconvenient that I’d been blocking it at all other hours of the day. The city is no longer enough for me but I cannot yet afford to live elsewhere part-time. Even that “yet” is a significant bid of optimism.

I know that sounds crazy. But if you’ve managed to achieve rent control and bartering systems with local purveyors, NYC can be far cheaper than most corners of America these days. I live what I call a “brown bag” life—also one “in bulk.” I do not eat out, but instead buy ingredients at local Middle-Eastern and Latin-American and Asian markets whose groceries would cost so much more in the sort of mannerly American suburbs that would carry them. As a critic, I don’t pay for cultural experiences. And the greatest entertainment humans can cough up can be found here simply by taking a long walk.

But, though NYC is nature as well–human nature, at its most flagrant butt-sniffing and peacocking–I am coming to accept that I require greater wildness, at least part of the time. The city provided that sort of wonder during the first few months of quarantine, when its streets were emptied of all but the most stalwart and nature took over with a wonderfully uncurated spring. But when everyone else began to creep back—especially in my neighborhood, over-populated by the heedless young—the clatter felt repellent. Particularly because it was not ameliorated by the advantages of NYC life: the seduction of strangers, the comfort of crowds, the glamor of bars where no one knows your name.

It’s my oldest song: “I’m too alone, I hate being around so many people.” Special remix courtesy of Trump’s America.

Unfettered sea, sky, scale. The biggest green. That’s what I crave now. And since Covid has shown us the advantages of being reachable anywhere and that we are all more energy than matter, I can work anywhere.

And I do work as well here as I might.

While I was staying alone in A’s house in the woods, I wrote and channeled and dreamed far better than I had in months—at least, once I recovered from the enormous, detoxifying panic attack that descended after 24 hours of the first truly unfettered nature I’d experienced since February. 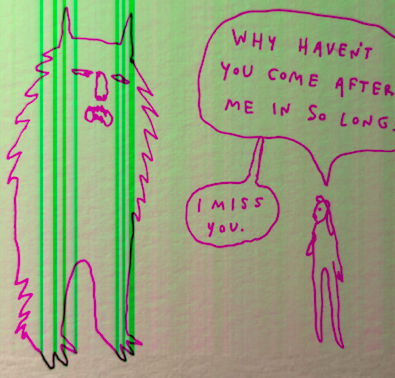 Liana Finck gets it.

We all need nature more now because we need space (if not time)–places to roam unmasked freely and fearlessly, breathe big gulps of air without worrying about infecting or being infected. And unclaimed space is one thing cities do not have. But more than that, my tenure in the country over the last three years has introduced me to parts of myself I only excavate in nature.

And I need those parts.

So this morning, when I woke early with the kisses of last night’s love still smearing my mouth, other people’s bloodlines still coursing through my own, I longed for woods to tramp through, wide horizon to clear my heart and head.

Living with longing is a core pain of being embodied. Un-propelled by needs and wants, we lack the will to survive. Yet to exist in desire is to experience a constant state of impermanence.

And to experience this impermanence as blessing, I must live somewhere I can ogle its beauty. In nature, in other words.

It is 8:30 am on the Sunday after I began writing this. Improbably, I am still in bed. I woke as early as ever, but realized I didn’t have it in me to dash into a world that would require a mask for me to join it. So I went back to sleep until my permakitten woke me with a loud purr and a growling stomach, and now we’re both settled back in against my white linens smeared with breakfast crumbs and last night’s lipstick.

It was wishful lipstick, if you want to know the truth. It always is now. I can’t help but slather it on before I leave the house—I don’t feel like myself without red lips and blond hair. But there’s scarcely an audience for the former. That is, if you don’t count me. 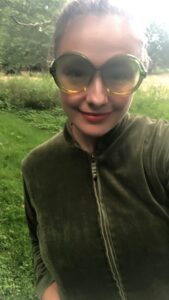 And good thing, too. Old friends seem different (I must have brought that on) and more to the point my lover has climbed back into the Platonic Cave from which they emerged. Rounding the corner to 50 I don’t have it in me to chase anyone down. I know my value; if someone’s not ecstatic to meet me halfway, I stop showing up.

Cue the wrong kind of quiet. Surrounded by too many people who are not my people.

So I make do. Mid-career Aretha filling the room. Mid-20th century British paperbacks piled by my side. Leftover Thai for breakfast. Mosquito-bitten legs draped over a patient kitty’s striped fur. And mind’s eye already on the day’s clients because disappearing into others feels like a luxury given my current lack.

To be craved—not just loved, not just liked, but craved— by someone you also crave may be one of life’s most fleeting pleasures.

I don’t think I’d mind all this impermanence if I had a corner of this tilting planet to shore me.