I’ve been rereading Caroline Knapp’s Drinking: A Love Story, one of my all-time favorite memoirs, and I came across a passage that has always resonated with me so deeply:

There’s something about facing long afternoons without the numbing distraction of any sort of anesthesia that disabuses you of the belief in externals, shows you that strength and hope come not from circumstances or the acquisition of things but from the simple accumulation of active experience, from gritting the teeth and checking the items off the list, one by one, even though it’s painful and you’re afraid….Passivity is corrosive to the soul; it feeds on feelings of integrity and pride, and it can be as tempting as a drug. If it feels warm and fuzzy, it is probably the [addictive] choice. If it feels dangerous and scary and threatening and painful, it is probably healthy.

These days, I no longer automatically distrust what feels right. I have learned that if you are honest with yourself for long enough, you start to parse out the differences between your reflexes, which often aren’t to be trusted, and your instincts, which emanate from your truest self. But I will be forever aware that the more I fear something, the more I should clamor to learn from it. And when I first read the above passage, I was just beginning to undertake a journey not unlike a detox although I was sober. It was like reading a transcription of my secret thoughts — of my dawning recognition of all the different anesthestics, from love affairs to friendships to food to books to the business of being a prettygirl, to which I deferred rather than simply trusting myself. I was 25 and still afraid of my own shadow, let alone my independence.

Knapp died in 2002 from lung cancer. Though she was a life-long smoker, she clung to the belief that her beloved cigarettes did not kill her. Either way, I believe it was better that she died clearheaded than with a clear set of lungs, if she had to be felled by one of her addictions. For I looked up to her as one of my literary and spiritual big sisters, although I doubt we would have liked each other very much in person. She was shy and somewhat socially conservative: a true-blue Bostonian, the sort who sent larger-than-life me fleeing the region to black-sheep NY as soon as I could. But the beauty of a really skilled memoirist is that through her words you can connect with someone whom you might not admire or even recognize in regular life. It is a testament to how good Knapp was at her job that I wept for most of the day I heard about her death although I never met her while she was on this earth. I knew that, unlike most people, she actually stayed present for most of the life she managed to live.

So it is not strange that I miss her still. Selfishly, I miss the possibility that she could live more and learn more and write more so I could continue to understand more of my life through the lens she so painstakingly provided. So that I could keep anticipating from her example more of my own challenges and progress. Sometimes I fantasize that she will posthumously pen another one of her fiercely precise memoirs (she wrote three in all), this time about what it was like to die.

There are so many ways that growing up is lonely, but perhaps the most daunting is that eventually, whether or not we like it, we become the grownups by default. Although, as Knapp herself wrote:

It seems like such an obvious insight, so simple it borders on the banal, but I’d never before really grasped the idea that growth was something you could choose, that adulthood might be less of a chronological state than an emotional one which you decide, through painful acts, to both enter and mantain. I’d spent most of my life waiting for maturity to hit me from the outside, as though I’d just wake up one morning and be done, like a roast in the oven. But growth comes from the inside out, from trying and failing and trying again. You begin to let go of the wish, age-old and profound and essentially human, that someone will swoop down and do all that hard work, growing up, for you. You start living your own life. 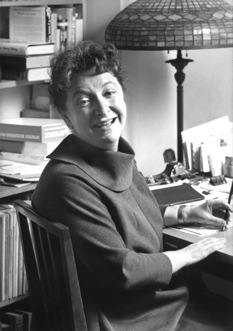 Perhaps around the time that New Yorker critic David Denby published “My Life as a Paulette,” in which he described how the late film critic first mentored him and then wrote him off as “not really a writer,” I lost my taste for Pauline Kael. Not because of her dismissal of Denby — if I’ve learned anything, it’s that film critics backbite each other worse than mosquitos in a swamp — but because the piece brought home how she spawned the monotone dominating contemporary film criticism. It wasn’t her fault necessarily, though some reports suggest she encouraged great flattery from her adherents. But the plainspoken chattiness that was her trademark has congealed into a sometimes ugly glibness when attempted by the many critics who’ve either taken cues from her or, perhaps, reacted against her. Once upon a time a review would be about whether or not the reviewer recommended the film — a simple, even simplistic, goal but a nonetheless honorable one. These days, a review still may serve that purpose, but too often it engages in a variation of the following dialogue: Q. Would you fuck it?” A. Ah, but you just did, my friend. Fair or not, I named Kael as the godmother of all that glibness.

Then the other night, I watched Altman’s Three Women and fell knee-deep under its spell: the illusive, elusive dichotomies that Lynch should be so lucky as to achieve; the mirrors found in pools and windows and fishtanks and dumb lugs; the spot-on performances from Sissy Spacek and Shelly Duval. At the film’s end I still lacked much insight into its characters or plot or even intentions. Yet I was utterly hooked — deeply uncharacteristic for a girl who tends to dismiss such opaqueness as mere smoke and mirrors. It was a moment when I longed for a teacher or a good review to illuminate me or even frame the context of the conversation, and I realized that more than anyone I longed for Kael and her smart-cookie two cents.

For the first time in a dog’s age I cracked open one of her review collections: I Lost It at the Movies. And, though I never found her essay on Three Women (I did suss out that he’d improvised the film from a dream), in my search I fell knee-deep under her spell as well. In a way, Altman and Kael’s tone is of a piece: marked by a high-minded chattiness that never borders on pretension even when it misses the mark. What distinguishes Kael’s writing, even after all these years and even in this era of critical oversaturation, is that she’s writing for someone who’s already seen the movie.

She never lost what they call in yogic circles “beginner’s mind,” always demonstrating a generosity more typical of viewers who’ve paid for a sitter and consumed a heady cocktail of popcorn and smashing trailers before the feature. It’s why her now-infamous second person voice doesn’t grate nearly as much as when others slather it on: she really was talking to us. Her reviews were written as if we were all cradling cups of tea around a kitchen table after having seen the movie togther, savoring the pleasure of the experience with a satisfying post-mortem. That’s why, even when she didn’t like a film in question, her prose never devolved into vitriol.

Her musings on the ’60s and ’70s classics are best remembered; how (like Sontag, like Warhol) she relished jop and pazz and dispensed briskly with such dichotomies as high and low culture that other critics still drew upon with a straight face. But even when reviewing a mostly mediocre batch, like the films in Movie Love, her collection of 1989-1991 reviews, she drew upon her significant body of knowledge to excavate positives — a lingering shot, a director’s development, a new actor’s performance. And when she did find fault, she did so cheerily, with no loser-in-a-black-cape fury fueling her assessments.

It’s been said that Kael didn’t much cotton to female Paulettes in her life, but none of that Adrienne Rich “exceptional woman” pathology colored her prose. She admired actresses as well as actors, and pointed out without rancor where sexism sank plots by not fleshing out female characters. She was funny, but only in service of more precisely nailing her point rather than gilding her reputation. She was smart but in a matter-of-fact, unshowy way that suggested she’d be a smart observer of any human milieu. Her calm, confiding tone inspired both confidence — and confidences — in each of us, and she used her good name to cultivate filmmakers and critics and an American audience whom she recognized as worth cultivating.

Only Kael tapped into the basic psychology of film-viewing; that there, in that temperature-regulated womb of a movie theater complete with a light flickering at the end of the tunnel, we each, alone but together, shoulder to shoulder, are silently reborn again and again. She remained both open-hearted and open-eyed to the end, a too-rare combination these days in any field. She may have been the progentitor of contemporary film criticism but more than that (I smell test tubes in that word, anyway), she was, and remains, its good mommy.