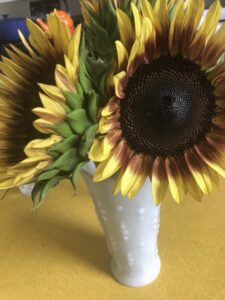 Something occurred to me today as I strode home from the greenmarket with my produce and a bunch of glorious sunflowers that the vendor had slipped into my bag as a surprise.

To be sure, “enough” is a relative term. As I write this, I still don’t have enough in my accounts to cover my expenses a few months out nor do I have a steady income flow. In this way, I am in step with many many Americans, as well as people across the world.

My therapist says that I have a tendency to focus on the bright side of matters in a way that borders on dissociative, a fact that may surprise those who read my last post.

Trust me when I say it takes a lot for me to acknowledge when things aren’t working well. In fact, it’s a muscle I’m developing in real time. I used to fear disappearing into the abyss if I recognized its existence. But I’ve come to accept we can only solve a problem when we can acknowledge it.

That said, having transcended so many hard times in my life has granted me an insouciance I never experienced as a younger woman. Yes, I am still broke as I write this, but over the last few days so many have shared sweet solidarity and unexpected donations that, for this week at least, I have fresh, healthy food to eat and, for this month at least, Grace and I have a place to live in a city I love. END_OF_DOCUMENT_TOKEN_TO_BE_REPLACED 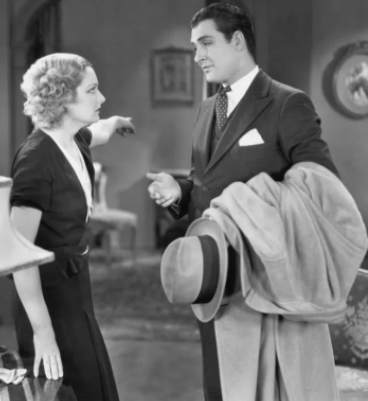 Only once has someone broken up with me in a way that I immediately and completely accepted. Really, this was quite an achievement, because historically I date people off and on forever unless they reveal themselves to be complete sociopaths or get married. (Although my aversion to marriage is well-documented, I am not in the business of making third parties miserable.)

But though this beau was neither married nor a complete sociopath, his breakup line was so effective that we never spoke again once he uttered it. In a low, caressing voice he said: “It seems this is not what we had hoped.”

In point of fact, he was absolutely right. We’d been dating for four months, which is exactly how long it takes for sexual chemistry to wear off when there’s no other glue in place. I won’t bog you down with the details (he did too much coke and considered me too much of a prude) but as I write this I can assure you that, 20 years later, the only real memory I have of that relationship are those nine magic words. END_OF_DOCUMENT_TOKEN_TO_BE_REPLACED 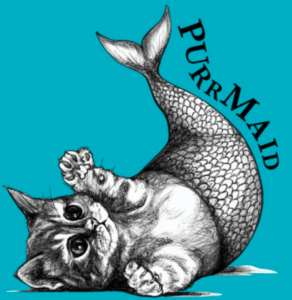 Last night I had such an endearing dream that I wanted to download it here–likely for the same reason that it occurred it all.

In it, I bought a small wading pool for my office. (I’m not sure why, though bringing mermaid energy into my intuitive practice is always well-advised.) Before filling the pool up, something made me bend down and peel off one of the decals plastered across its bottom surface. The decal was a kind of sea creature–royal blue, with a spiky spine, four legs and very long tail. Absent-mindedly, I began petting the bit of plastic–cradling it in my palm, really–and without any conscious invocation, it swelled into the third-dimension and then animated entirely. At which point it leapt out of my hand and began scrambling all over the room–nervously, wildly, not unlike a wild bird trapped in an indoor space.

I felt equal parts fascinated and terrified. It was adorable, yes, but also dangerous? A dybbuk of some sort? Finally the blue creature began squirming under my front door, and after a great deal of squeezing and squeaking, managed its escape. I watched with no small relief. But by then Grace had rushed into the room and was clocking the goings-on like they were Game 7 of the Permakitten NBA finals.

“Ma!” she shouted. (In my dreams she can speak, though she rarely deigns to do so.) “I can’t believe you weren’t nicer. I’ve been asking for a decal buddy forever.” At which point decal buddy scrambled back in, and he and Grace began cavorting all over

the apartment–the tails of one tiny seasprite and one tiny permakitten joyfully entwined in a barely visible blur.

My big takeaway: The residents of Gracie Rosmansion may be lonelier than I’ve allowed. No doubt there is a tertiary revelation–that my unacknowledged (and thus dangerous) desire for connection can will anything into existence. But there’s something else that has stayed with me all the way through my morning coffee and snuggles with Grace: The unexpected is not always unwelcome. That’s a challenging lesson to absorb. But if I’m to truly find love again–and a love unburdened by the defalcations of yore–I must leave room for what I can’t yet imagine.

A Venus Retrograde dream if ever there were one. Who said the goddess doesn’t have a sense of humor?