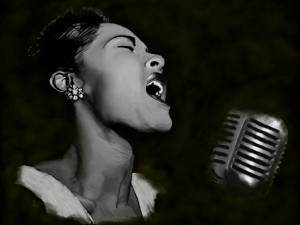 Heartbreak creeps up on me domestically.

I biochemically can’t get drunk or eat too much sugar. I’m too old to place vicious phone calls or stage street scenes. I’m too self-possessed to stalk. I’m ill-equipped for sobbing on someone’s shoulder. So being spurned transforms me instead into a befuddled natterer, the emotional equivalent of a violet-haired lady wearing one blue shoe and one brown shoe. Who doesn’t hear the kettle whistling until it’s utterly blackened. Who overflows the tub. Whose unopened mail piles up as she blankly watches her shows.

Which is not to say the distinctly unfresh smell of my car didn’t register with me this week–only that it registered very, very faintly. Really, I didn’t give it a second thought until this morning, when it dawned on me that the half-and-half I’d bought wasn’t in my fridge. That fact penetrated even my Billie Holiday fog for, no matter how bad things have ever gotten, I’ve always taken cream with my coffee. All metaphors attendant.

Upon my realization, I stopped short in my too-quiet kitchen and ran through all the events of the last week, fast-forwarding past the memory of his cold gaze as quickly as I could. My permakitten stood by my side, her tiny ears cocked supportively.

Finally I groaned, threw a trenchcoat over my nightgown, and ran down to the street, where I grimly opened my car trunk.

There rotted my groceries, purchased at Fairway right before I became a broken-hearted lady. The half and half, the parsley, the mint, the sweet little lambchops, the Bibb lettuce, the organic salmon, the locally sourced yogurt, and the toothpaste meant to replace the tube I’d emptied four days ago. Defeated, I stood motionlessly, staring. The spoils stared back accusingly: Where did you go? We’d had such plans together!

One of the neighborhood’s skinny Jeans popped out of her building just then, wrinkling her nose as she scurried by. I felt the sting of her young-girl disdain, her assuredness she’d never don such sadsack chic, never produce such a sadsack smell, never hold such a sadsack conversation with the slime of produce past. It was more than I was willing to bear. 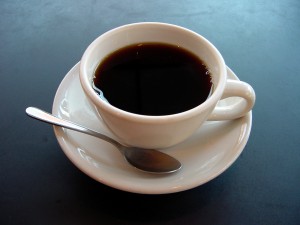 Pride may goeth before a fall but sometimes it’s all that saves you from falling further. I straightened my spine, stowed the toothpaste in my pocket, and heaved the rest of those hopeful purchases into the garbage can on the corner. Then I marched back upstairs and brushed that man right out of my teeth.

And drank my coffee. Black.

The Church of Cinnamon Sugar Doughnuts
The Wes Anderson Collocation