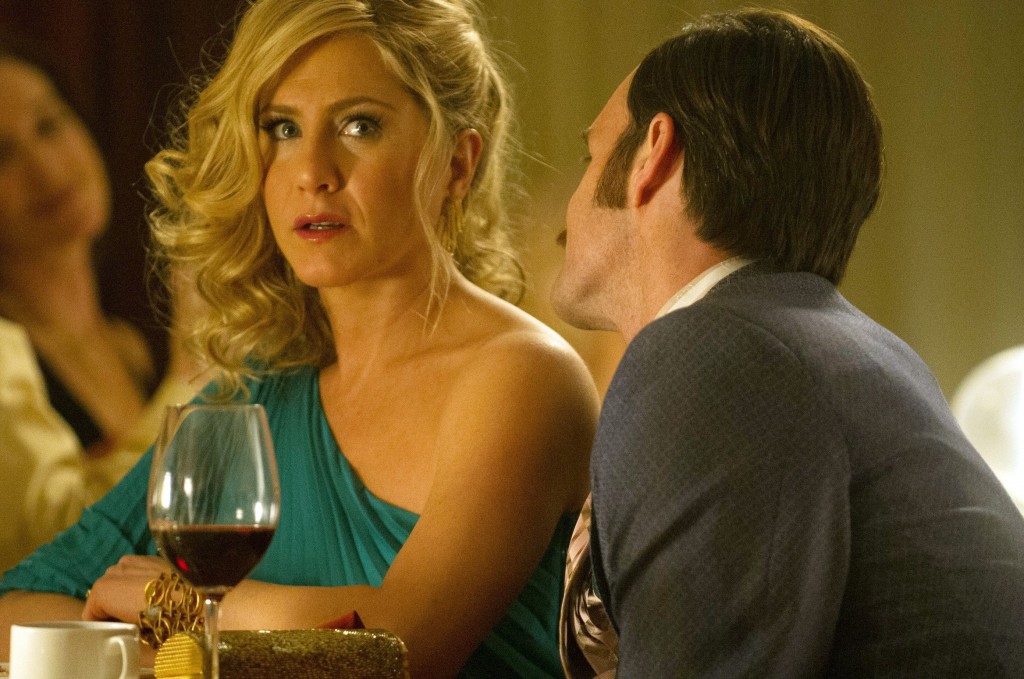 It takes a keen sense of the absurd to successfully adapt an Elmore Leonard novel to screen. Quentin Tarantino has one, and “Jackie Brown,” his adaptation of Leonard’s Rum Punch, may be his most best film to date. Steven Soderbergh has one (ever seen his “Schizopolis?”), and his eponymous adaptation of Leonard’s novel Out of Sight may be his best film, as well. Now, in “Life of Crime,” director Dan Schechter applies his own sense of the absurd to Leonard’s prequel to Rum Punch, and the result is a match made in heaven – if heaven were a micro-noir in which people tried to pull off half-baked scams in between stumbling into the wrong person’s bed.

At the center of this small-scale maelstrom is Jennifer Aniston, and it’s been a while since the former sitcom actress earned her keep this well. Deadpan and frostily blond, she plays the beleaguered Mickey Dawson who, in between ducking the drunken rages of her corrupt real-estate developer husband, Frank (Tim Robbins), is sleeping with her friend’s weasley husband (Will Forte). It’s gotten to the point that, when kidnappers Ordell (Yasiin Bey/Mos Def) and Louis (John Hawkes) stow her with their neo-Nazi pal Richard (Mark Boone Jr.) while awaiting a million-dollar ransom from Frank, she doesn’t seem that much more beleaguered – even after Frank, already planning on ditching Mickey for his morally and sexually flexible mistress (Minnie Mouse-voiced Isla Fisher), calls the con men’s bluff. For a long stretch, everyone just chain-smokes unfiltered cigarettes while languidly considering how to outsmart each other.

This being based on a Leonard novel, plot twists and turns still abound. It’s just that the action takes a back seat to the deliciously slow-blinking crushes that also abound. God knows Ordell and Louis are awfully sympathetic for two potential murderers, and there’s significantly less bloodshed than we usually find in adaptations of Leonard’s work. The stakes may never get very high in this “Life of Crime” but a shuffling, stylish strain of melancholy – one that seems uniquely Schechter – proffers a different satisfaction.

Of course, the recipe for a successful crime novel adaptation is not always so clear-cut as “add sense of the absurd and stir.” Take the works of Dennis Lehane. Adaptations of his crime stories win countless accolades; “Mystic River” alone scored four Oscar nominations and two wins. These films are often so hamstrung, though, that I sighed aloud when I heard James Gandolfini’s last performance was to be seen in “The Drop,” Michaël R. Roskam’s adaptation of the Lehane short story Animal Rescue. 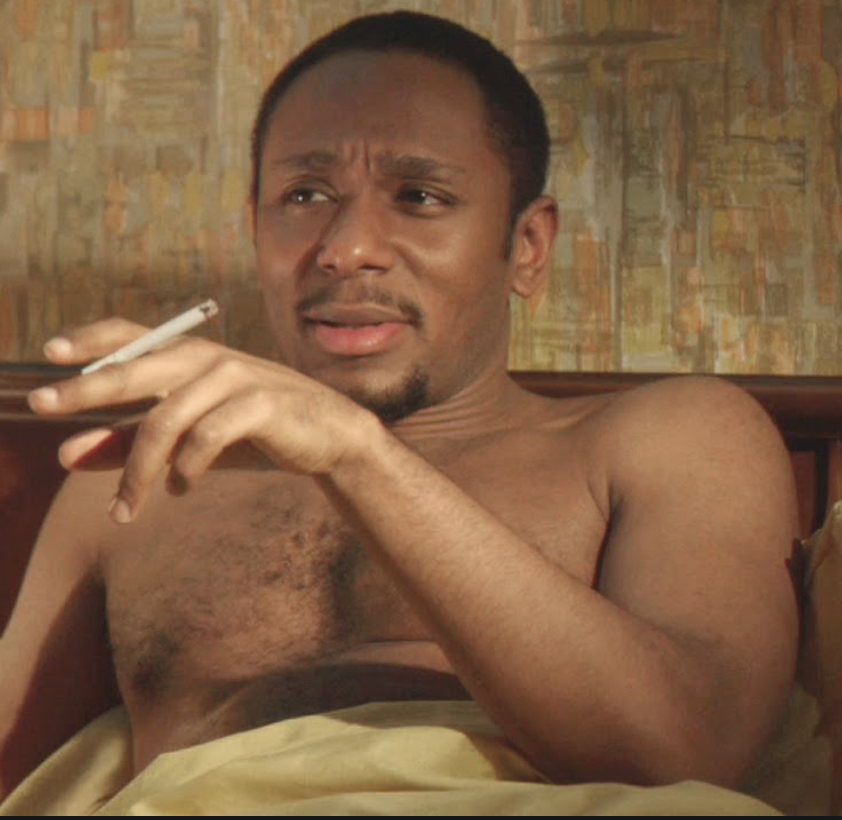 Happily, “The Drop” packs an emotional wallop. That may be because it’s the first Lehane adaptation that’s based on a script the author actually wrote himself. I suspect, however, that it’s because Gandolfini and his costar Tom Hardy are so ridiculously good that nothing – not even plot machinations visible from another planet – could get in their way.

Hardy stars as Bob, a hard-working, taciturn bartender at Cousin Marv’s, an old-school Brooklyn bar managed by Marv (Gandolfini), a has-been thug and Bob’s actual cousin. As Bob explains in an early voiceover, Cousin Marv’s is a mob drop bar, which means that it’s one of the many establishments in the borough that occasionally doubles as a money-laundering joint. At about the time that Bob rescues abused pit bull puppy Rocco from the trashcan of his neighbor Nadia (Noomi Rapace), the bar is held up. Since it’s owned by Chechen crime lords who wrested the deed from Marv, it falls upon the cousins to make good on the losses, which is complicated since Marv was (quasi-secretly) in on the robbery. Pressures mount on all sides: the bar is under police investigation, the mob has its eye firmly fixed on Marv; Marv’s father wastes away in a coma; the psycho ex-owner of Rocco and ex-boyfriend of Nadia, Eric, stalks Bob; even the local church is in danger of becoming a series of “stained-glass condos.” Eventually, surfaces splinter, and a pecking order is revealed that will surprise no one who’s been watching Hardy watch everything else.

What does prove surprising is how much we care – and not just because we’ve fallen for the widdle, widdle puppy who threatens to grow into a big, scawy dog. (Not since “Marley and Me” has a canine played such a central – and centrally metaphorical – role in a film for adults.) We care because of Gandolfini and Hardy. 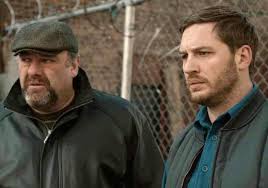 I’d almost forgotten how effectively Gandolfini used his eyes. Here, small and beady, they convey greed, fear, and self-loathing in the same glare, as well as a disappointment that he also carries on his sagging shoulders. With all respect to the deceased actor, though, this is Hardy’s film. Much had been made about his performance in last year’s “Locke,” but that film was really too uncooked to serve as anything but a breeding ground for salmonella. As Bob, Hardy finally proves his mettle, playing underdog so well that, when he finally bares his teeth, we don’t see it coming or, rather, we don’t anticipate the impact of his bite. The rest of the film is … well, there isn’t a rest of the film so much as an adequately constructed, unobtrusive backdrop for two searing performances. In this case that’s more than acceptable.

I don’t think this adaptation heralds a new era of taut, smart Lehane adaptations. What it does herald is a new Brando in our midst – a Method-y actor who, with any luck, won’t prove to be another beautifully bright light that burns out much too fast.

September 11 in Parentheses
Listful and Asea