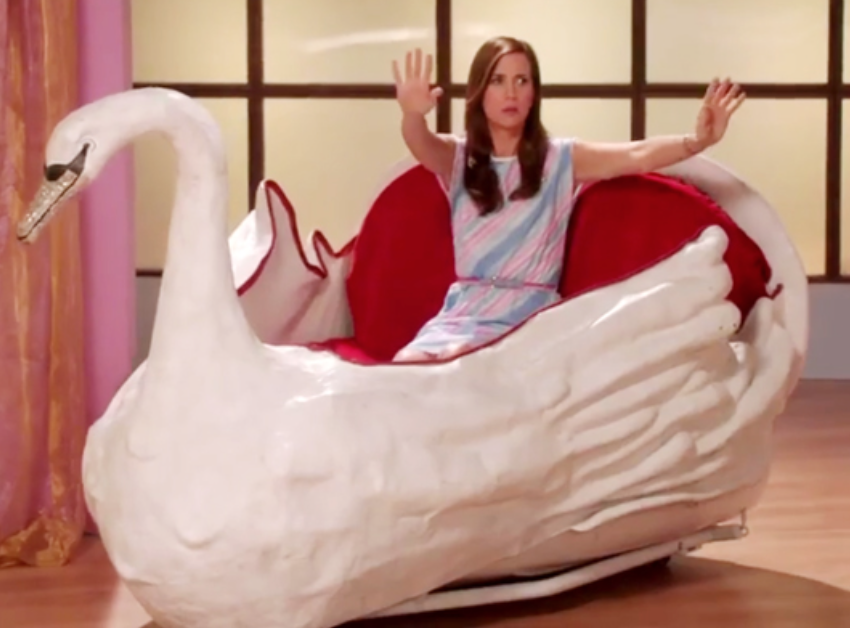 I’m not sure if “Welcome to Me” is one of the best films of the year. It’s definitely the weirdest. I didn’t even know American cinema could get this weird anymore–quirky, yes, but in that packaged way that extremely pretty people will claim that they’re nerds. These days, true on-screen weirdness seems reserved for those 15-minutes-of-fame YouTube yahoos, except when it comes to this misfit indie, which works as a queasily sympathetic, Crayola-colored art installation about the fine line between TV positivity and mental illness.

To describe this film is also to describe the myriad ways it could go wrong. Kristen Wiig stars as Alice Kleig, an unemployed, divorced California woman with borderline personality disorder who goes off her meds. Decked out in rainbow sunglasses, polyester pastel dresses, fanny packs, tiny socks, Keds, and parasols, Alice is the poster child for Hollywood’s take on the mentally ill (recall Mary Stuart Masterson in “Benny and Joon”) and she’s prone to unfiltered full-frontal honesty–I’ve been using masturbation as a sedative since 1991–delivered in a rapid-fire monotone. She’s got a decent set-up, with hobbies–“low-carboydrant” cooking, swan figurines, and reciting along with old VHS tapes of Oprah’s broadcasts –and people who care about her, including a therapist (Tim Robbins, whose condescending drawl is finally appropriate), a best friend (the ever-simpatico Linda Cardellini), and a gay ex husband (Alan Tudyk) with whom she’s still close. (I knew he was gay from the way he fucked me, she blithely informs his “male lover.”) But her life utterly changes when she wins $86 million in a state lottery and finances a talk show called, you guessed it, “Welcome to Me.” 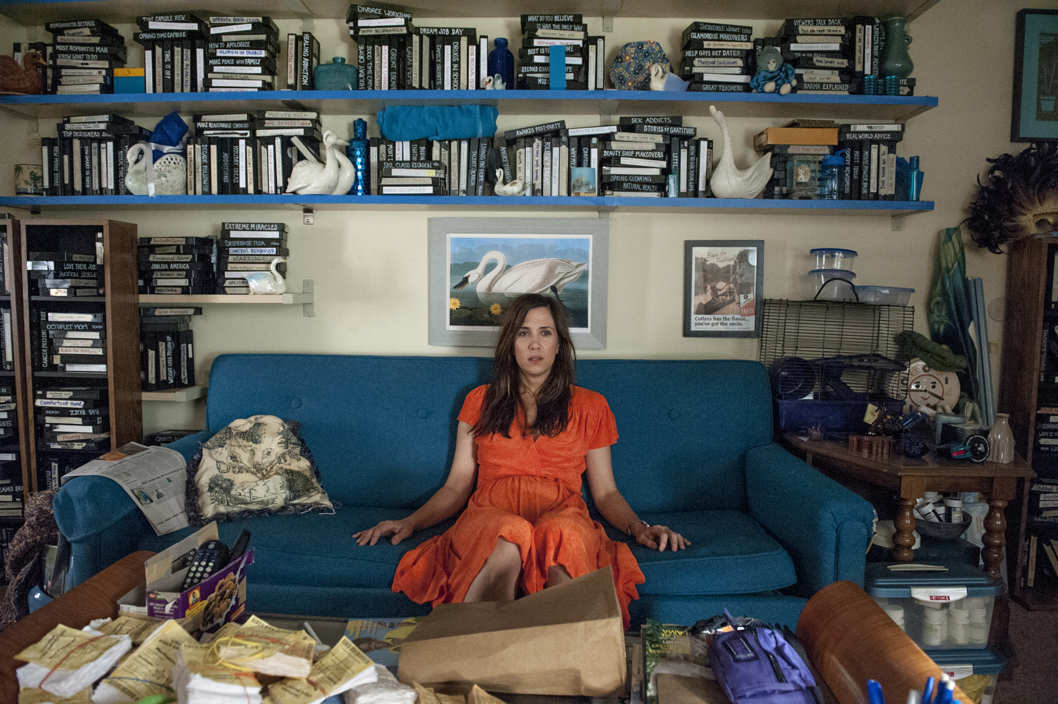 Movies about the mentally ill are almost always objectifying disasters–either mawkishly condescending or grossly insensitive. “Welcome to Me” is simultaneously both and neither. A lot of that has to do with Wiig, who, as a “Saturday Night Live” player, specialized in unbalanced oddballs like Alice but has established her serious chops in projects like “The Skeleton Twins” and “Hateship Loveship.” Initially at least, this film seems like a 90-minute skit featuring Wiig’s wildest character yet, especially because we can’t quite tell what’s happening around her. We’re so steeped in 1980s aesthetics–land-line phones, VCRs, neon colors–that it takes a while to realize we’re in the present day, and Alice’s make-it-happen mania is so pervasive that it’s hard to discern whether she actually won that cash or imagined it. Wisely, Director Shira Piven neither caters to nor cultivates our confusion, instead moving Eliot Laurence’s screenplay along with a poker-faced doggedness that mirrors Alice’s own.

The talk show really happens, though, and its audience wrangles with the same questions that beset us as we watch this film: Is she brilliant or just bipolar? Is this performance art or the TV equivalent of an inadvertent crotch flash? Should she be pitied or blamed for her unique brand of self-absorption? Either way, the program’s shoddy production values, jaunty theme music, cooking tips (a birthday cake made of meat!), self-help topics (lucky colors!), reenactments of scenes from her past by (barely) professional actors, and on-air pet neuterings (let’s castrate!) prove undeniably mesmerizing. Picture Miranda July at her most eccentric, “sweded” by a Michel Gondry on the wrong pharmaceutical cocktail.

What’s most intriguing is trying to determine whether everyone’s merely using the newly wealthy Alice, and whether she’s using everyone else. The cash-strapped brothers who own the broadcast company (Wes Bentley and an oily James Marsden) aren’t much more together than she is–Bentley is a love junkie who can’t get enough of her no-holds-barred neurotica–and producer Joan Cusack’s enthusiasm for her client’s vision doesn’t seem contrived. (It’s a funny throwback to Cusack’s early turn on “Broadcast News.”) Only Cardelllini holds Alice emotionally accountable, though, and scenes between the two women ground out the story with a poignant authenticity. 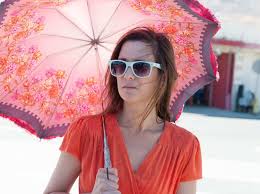 Given the nature of her illness, Alice’s bubble is bound to burst, and when it does Piven stays in step with her protagonist, shifting the palette and pacing with a subtlety that reflects the questions being posed of us. It may be a cliché to suggest we’re all on the same spectrum of instability. It’s less of one to ask what we should expect of each other if that’s the case.

The Church of Rose Petals and Mother May I
Brooklyn’s Finest: Old-School BK on Film