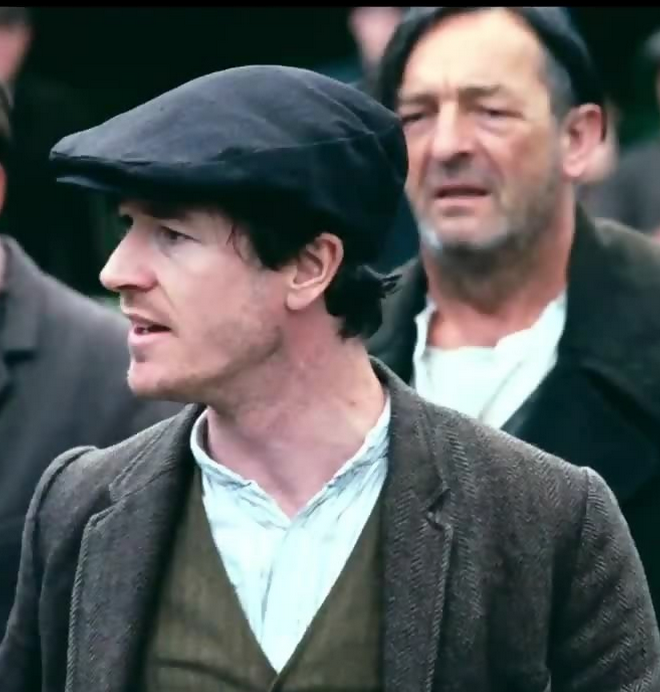 Leave it to Ken Loach to find the pink-o heart of a “Footloose”-style story. In his documentaries and narrative features, the activist director has been a champion of the working class since 1967. Now, in his twenty-fourth and possibly final film (rumors are swirling about his retirement), he has fashioned a fictionalized portrayal of the real-life Jimmy Gralton, a working-class hero who launched a dance hall in a 1930s rural Ireland town against the wishes of local Church officials. A sort of thematic sequel to the 2006 Cannes winner “The Wind That Shakes the Barley,” this arcane chapter in twentieth-century history touches upon all the classic Loach themes – individual liberty, institutional oppression, and, oh yes, collective organizing – while still taking time to smell the Irish roses.

The film begins as Jimmy (Barry Ward, channeling a grizzled glamor that’s all too rare in American male stars) returns to “his two Mas”: Ireland and his mom, who is played by the stalwart Aileen Henry. A decade before, he’d fled to New York when his dance hall had been shut down during the Civil War of 1922-23; while there, he’d developed a passion for jazz that is summoned here in swoony archival footage. Now back, Jimmy claims he just wants to help out on the family farm, but bored teens soon enough lure him into resuscitating his hall as an education center for dance, music, art, sport, and talk – the Celtic basics, in other words. Not surprisingly, the “masters and pastors” (as one character calls resident bigwigs) are not amused. Though the war is technically over, this nation is still stratified by politics and religion, and the Catholic Church considers all matters of education to be under its jurisdiction. Its disapproval, as spearheaded by the glowering Father Sheridan (Jim Norton, an impressive John Lithgow stand-in), gains momentum as Jimmy and his center gains popularity. Complicating matters is Oonagh (Simone Kirby), Jimmy’s former love who’s now married with children. The two were forced to part ways when family matters prevented her from accompanying him to the United States but they still carry torches for each other. 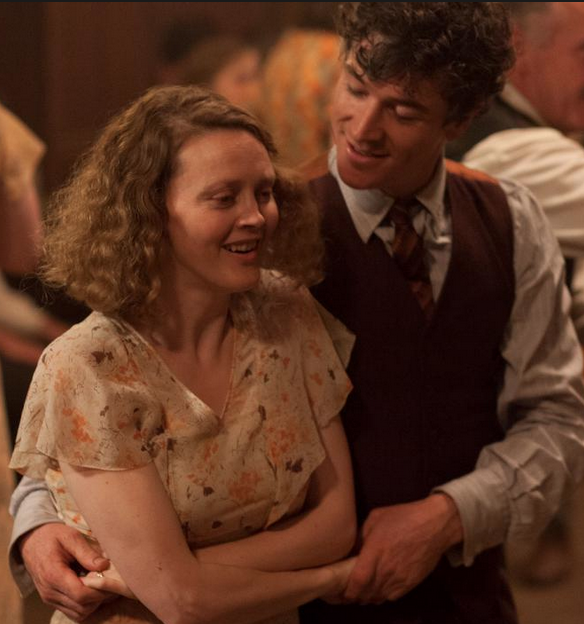 Everything comes to a head when Jimmy gets more actively drawn into lefty politics and the hall becomes a locus of activism. By the time he’s leading protests against greedy landowners, we already know he’s in for it but it’s IRA involvement that cements the fate for which Gralton is best known: Aspects of this film are fictionalized but his 1932 deportation without a trial is a matter of history.

Loach’s agenda is never unclear – characters speechify to the extent that they sometimes seem like mere essay cogs – but large swaths of an unfussy naturalism save this film from devolving into a mere “message movie.” (Fellow activist filmmaker John Sayles should take note.) The unrequited love between Jimmy and Oonagh is explored with a restrained, elegiac sorrow that mirrors the greater longing they and other townspeople feel for an unhampered existence. And while similarities between the Irish working-class and African Americans has been explored on celluloid before (perhaps most notably in 1991’s “The Commitments”), the townspeople’s growing love of jazz here newly emphasizes the universal possibilities of the musical genre’s embrace of freedom. No wonder Sheridan informs his congregation that “It’s the devil’s music.” He considers Karl Marx to be devil as well.

But while Sheridan may be the token villain, he’s hardly rote. In a rare shot of his private quarters, we catch him drinking whiskey and listening contemplatively to a scratchy R& B album. It’s a glimpse that suggests people on both sides of these sharply drawn lines might have dug themselves into a stridency they occasionally rued. Robbie Ryan’s cinematography brings a welcome level of nuance as well; his mix of green and brown, though lovely, 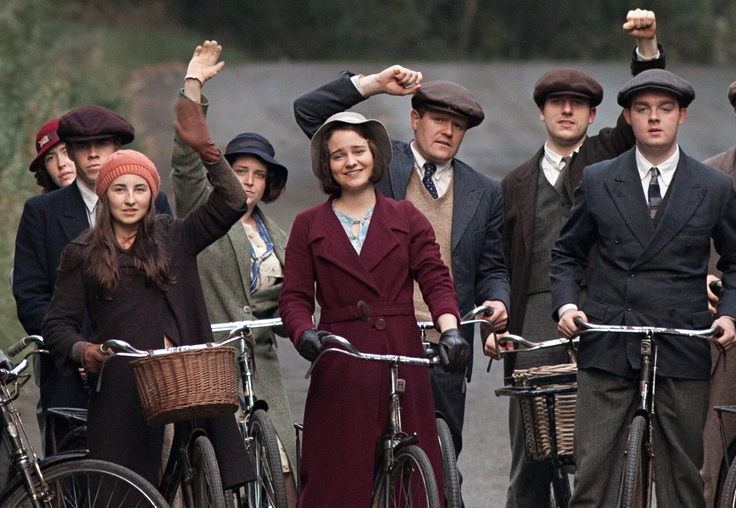 feels more realistic than the shamrock-on-steroid hues that typically infuse films set in Ireland’s rolling hills. And unhurried, joyous sequences of drawing and dancing classes (both jazz and traditional Irish) gently underscore how much these townspeople stand to lose. A final shot of folks on bicycles pedaling behind Jimmy as he’s being whisked back to America will stand beautifully as Loach’s final celluloid image, if it really comes to that. With a romantic lyricism that never dips into sentimentality, he has captured the poetry of populism that has always driven his work.

Party in the U.S.A.
The Unguilty Pleasure of ‘Magic Mike XXL’