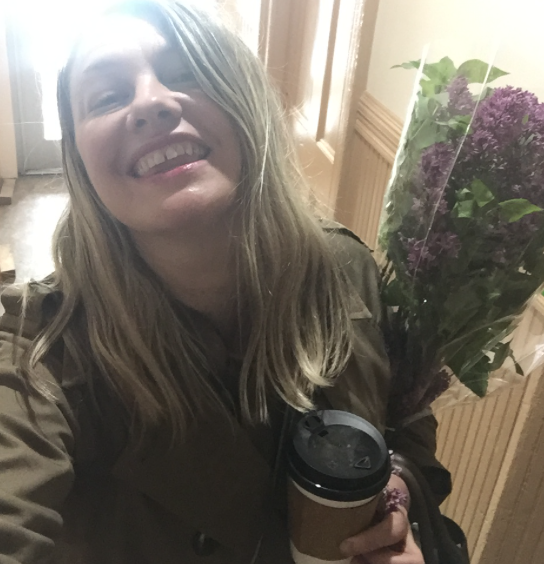 Lately I keep whispering to myself: “You saw lilacs twice this year.” And it’s true. I saw them bloom in Brooklyn in early May, and then again when I traveled up to Provincetown and Greater Boston later that month. It was a shock, really. I’d been driving up terrible old Route 6 of Cape Cod when this heady fragrance started supplanting the gas fumes. It took a hot minute to realize the smell was not me having a stroke but lilacs. Again.

These last few months have been like a magic hour that just hasn’t ended.

I had so dreaded this year. Had seen the writing on the wall about the demise of my NY1 show and labor journal job; had been waging a legal battle of the sort that few long-time New Yorkers elude (housing-related); had regarded the second half of my forties as–oh, I’ll just say it–the beginning of the end. The boobs falling, the hair greying, the eyesight fading. You get the picture. Not pretty.

And all that is happening to some degree. Since I stopped appearing on TV every week, I’ve stopped dyeing my hair, partly out of financial prudence and partly out of a morbid curiosity to discover what color it really is. When I worked as a tween actor, the TV studio did my dye jobs, then my mother, then my college boyfriend, and then, once I got to NYC, a series of clever stylists who each learned the hard way how inflexible I really am. (No butter, no mustard, nothing shrill. Pale, not brassy. Redo it, please. Again. OK, thank you! Wait, are you maaaaad?)

For the first time there’s grey and white mixed in with the blond, as well as a rich molasses that I suspect has been my natural color since I turned 20. I’m fascinated, mostly because it’s not as ugly as I feared it was. None of this is.

A few years back I started saving for a rainy day because I learned the very hard lesson of what happens when the motto “spirit will provide” serves as your sole financial plan. Then last month, in a turn of events that still surprises me, I settled my housing dispute with a flourish that took an enormous, half-decade weight off my shoulders and put some money in my accounts. (Someday I will share the details but not while the ink is still fresh.) 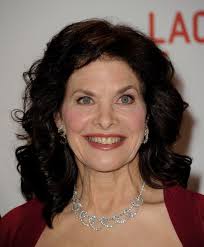 For the first time in more than a decade, I have the breathing room to choose what comes next.

I keep thinking about what Sherry Lansing, the former Paramount head and the first woman to ever run a Hollywood studio, told me the week after Talking Pictures was cancelled. We’d been discussing her new book, and after our interview was officially ever, she asked with a characteristic generosity about my own career. When I mentioned the cancellation, she said without a beat, “Great! Everyone should change their career every ten years.” I was taken aback, as I’d yet to admit my tenure in that field had come to an end.

It’s not that I don’t love movies, and it’s not that I won’t always love movies. But I’ve been incredibly sick of being a critic for years now. The industries of film and entertainment journalism have changed profoundly since I wrote my first review 15 years ago, and neither is really my cuppa tea anymore. Premium television has gotten better, film of all genres and budgets has lost its way, and no one has really figured out how to monetize criticism since the Internet became both bully and bullied on the schoolyard. Not to mention that writing film reviews started feeling like doing the crossword puzzle: The inevitable satisfaction of doing something well was tempered by how rote it felt. Fine with your coffee, not so much as a calling.

Still, movie reviewing had been my dream as a little person and then a not-so-little person and doing it, especially on TV, conferred just enough status that admitting “We are over, WE NEED A NEW WORD FOR OVER”  has not been easy, even to myself. What do you do when a dream is no longer your dream? In my case, unless I’m really in the flow, I ignore all signs to that effect.

So I just love how the universe works. Sending a seventysomething woman who’s equal parts good fairy and tough-love studio exec to blithely acknowledge what I can’t even whisper is balls-out, even for my guides. 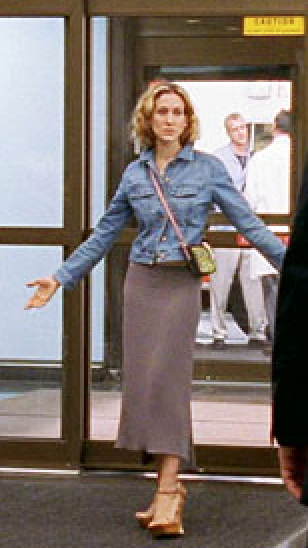 Of course the looming question becomes: So what’s next? A subsidiary question, really the more urgent of the two: How can I hear the answer to that question?

I mean, I liked all my jobs but spending sixty hours a week doing the professional equivalent of crossword puzzles doesn’t exactly deliver you to a state of radical receptivity. To block out the irritation and boredom, you also end up blocking things like your best instincts and your body’s natural rhythms.

I’d assumed that my skin drying, my waist widening, my frequent creakiness and crankiness was an unavoidable symptom of aging. But when I sailed into serious free time without anxiety for the first time since–um, I’m not sure if I’ve ever been this free before–I realized my body was clamoring to be heard. I’d been ignoring it since 2009, when I broke my foot and a vertebrae in my neck and sustained a concussion in an accident I don’t like to discuss. Acpuncture helped but I never fully regained my physical equilibrium. I’d gain weight, work it off so obsessively that I’d reinjure myself, regain the weight. It was a cycle so loathsome that I started ignoring my need to sweat and focused solely on my many jobs.

But after I lost them, the first thing I realized is I had to make friends with my body again, if only to hear what it had to tell me. I had given up plenty of things–sugar being at the top of that list–but hadn’t sorted out how to live in a temple that felt so damaged. So I made a deal with myself: Accept you are forty-six. This meant I took basic pilates basic and gentle yoga rather than hard-core versions of each. That I did the elliptical machine for 30 minutes rather than run four miles a day. That I avoided kickboxing altogether. And that when I took zumba, which I adore despite its rampant silliness, I had to hip the instructor to my limitations so I didn’t feel compelled to do anything backbreaking. 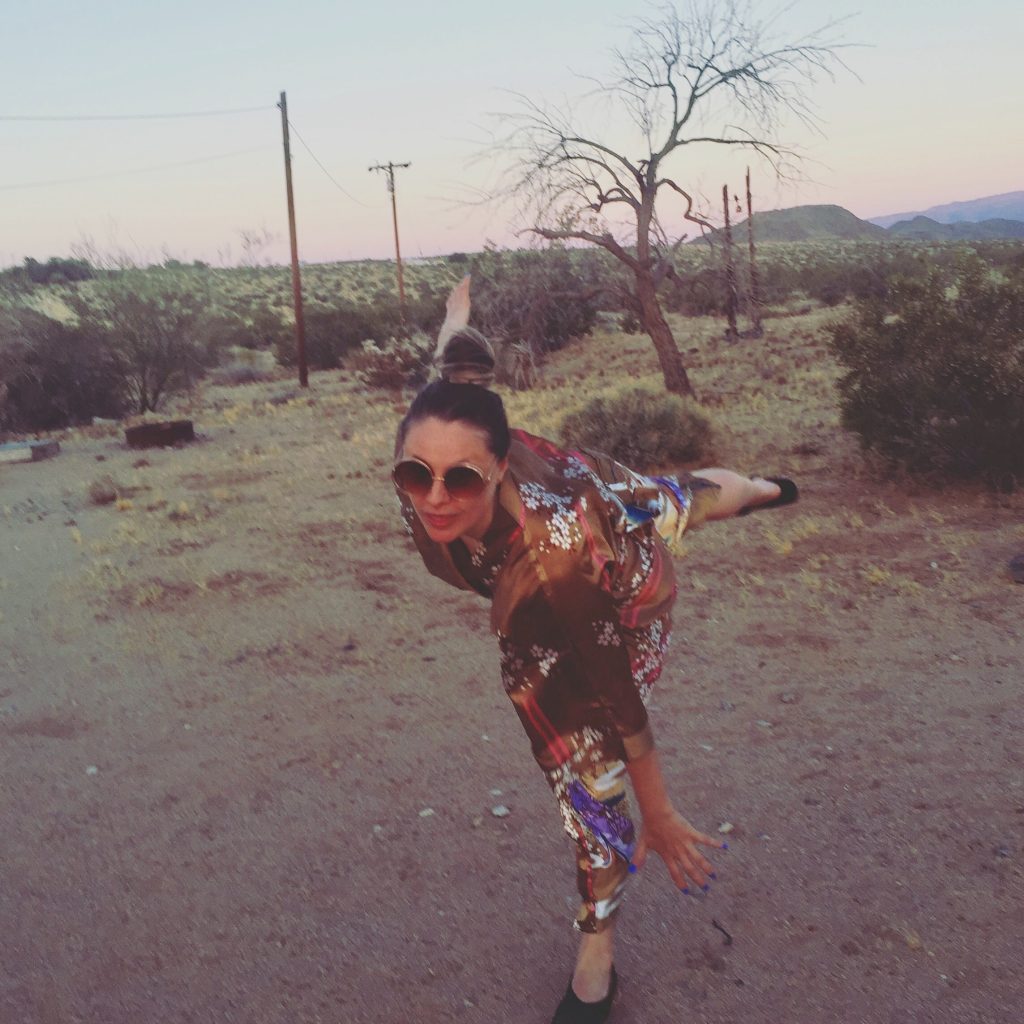 Slowly I have started to feel like myself again. My skin and eyes are brighter. My organs work better. My body is more toned. I’m happier and my sleep is smoother. I feel enormous sexual desire. But a great physical impatience–a life force, basically–has risen up that I can’t tamp down. If something agrees with me, terrific. If it doesn’t, I no longer can ignore my dissatisfaction. I have to roll up my sleeves or leave–hit it or quit it, as James Brown said so well. The result, interestingly, is not more unhappiness but greater joy. Beach days, museum days, glorious visits with friends new and old, zero small talk, and lilacs twice. I’ve also attracted more Ruby Intuition clients, and have figured out how to be energized rather than enervated by this work. It all comes down to a reluctance to overstep essential boundaries and a desire to break down unessential walls–to closing the gap between thought and intention.

Case in point: I write this to you from the desert.

For the last ten years, I’ve avoided planes like the plague. I wasn’t afraid of crashes–the statistician in me recognizes driving a car is far more dangerous–but I didn’t like the lack of control associated with air travel. The Kafkaesque security lines, the recirculated air of all these human atoms shoved into one uninhabitable cylinder. Plus, I’d mostly been too broke since leaving Us Weekly to flit around the world wily-nily.

But last month when my friend LC was describing the week she had planned in Joshua Tree, my eyes grew so round that she invited me along. I was scared to accept her invitation, not just because of the air travel but because of the harshness of real nature. Then it hit me that not going would indicate something far scarier in the long run. So I am here in this land that is gold and green and dead and alive.

As I type, I am purifying my intent 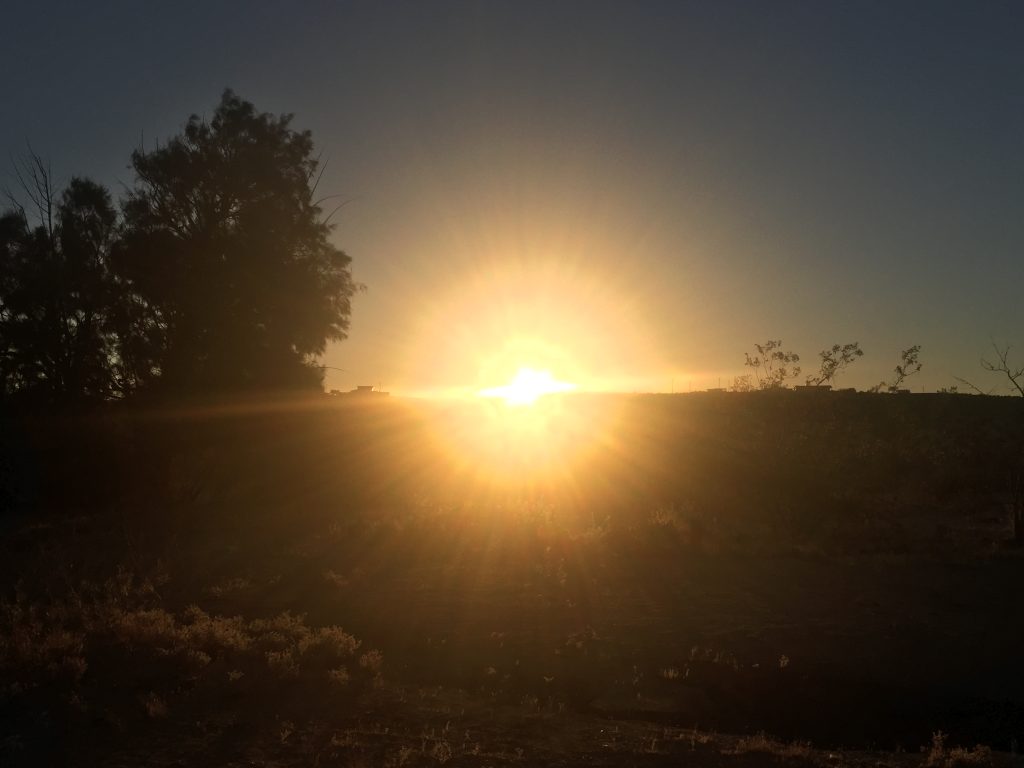 because everything unnecessary is baked away in this clear, untangled light. I am distilling to essences because everything is distilled by such unmitigated sun. I drink water. I read. I talk less and less. I gaze upon the glittering, sere landscape and notice movements I never would have noticed in New York. I am what I gaze upon.

Do I have the answer to my looming question yet? I do not. But as our country has been going up in flames, I’ve been by the sea and in the desert, thinking about what I don’t need and may want. Now I know the former list includes being a movie critic, and the latter includes feeling comfortable in my skin and sexuality at 46. My heart and head are full of lilacs and blank, bright spaces, and my mouth feels newly unkissed. I have everything it takes to hear. And I hear the sun.

Greetings from Me and LC at Joshua Tree
Womansplained