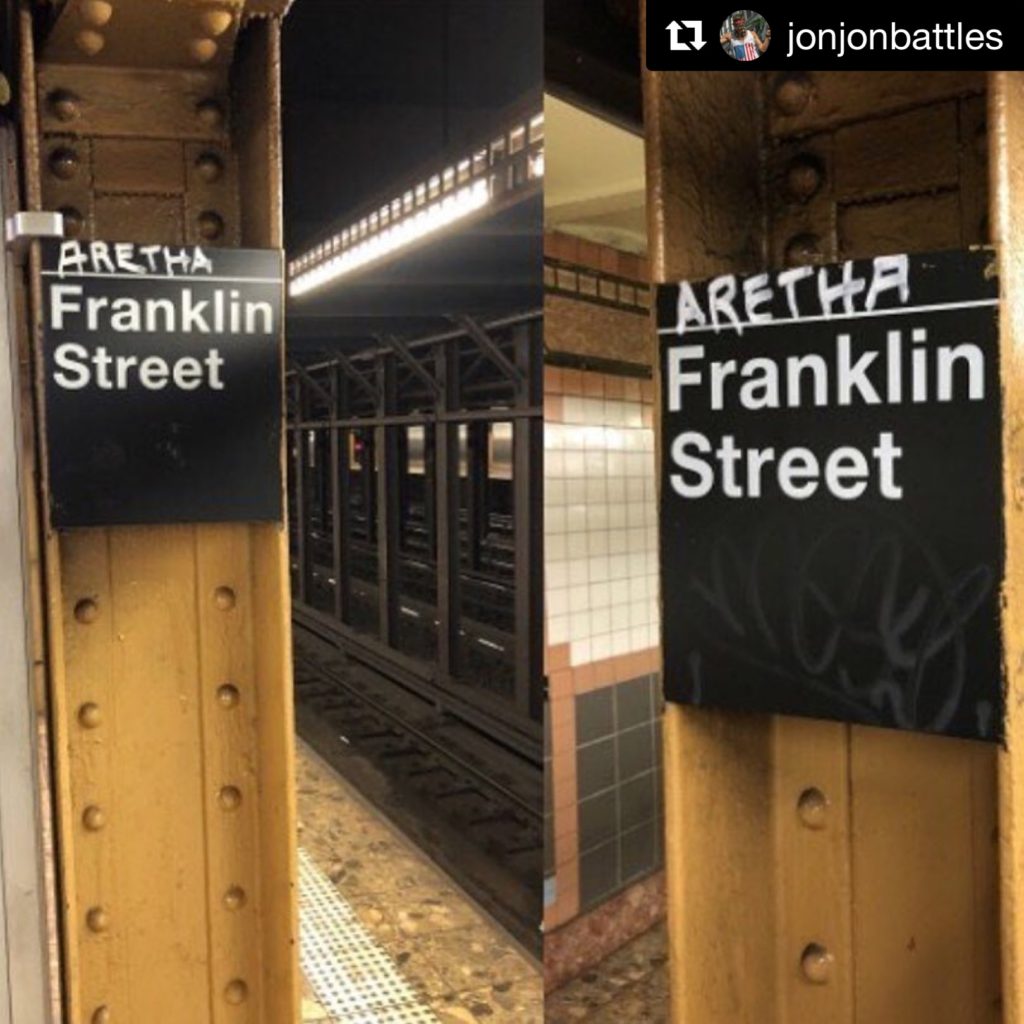 As I sent light to Aretha Franklin in this morning’s meditation practice, my phone randomly began playing her cover of “My Way”; a second later her death hit the wires. I chalk that synchronicity up to Aretha’s magic, not mine, because she was the most powerful musical conveyer belt of our time and always always sang everything, and I do mean everything, the best. She wrote and performed amazing songs, and she improved on everyone else’s by giving them the most soulful, the most heartfelt, and the most empowering interpretations. Hell, even Otis admitted her take on “Respect” eclipsed his, though he recorded it first. Whether she was producing, performing, or stepping up with sisters like Angela Davis, Aretha always did do everything “her way”– probably even decided when it was her time to go. But I will sit shivah this week anyway. Formal mourning is required when someone in your family passes over, and though I never met her in person, readers of this blog are well aware that Aretha Franklin raised me through her shining example and songs. I’m crying as I type this, and “96 Tears” doesn’t begin to cover how many more I will shed. I love you forever, mama.