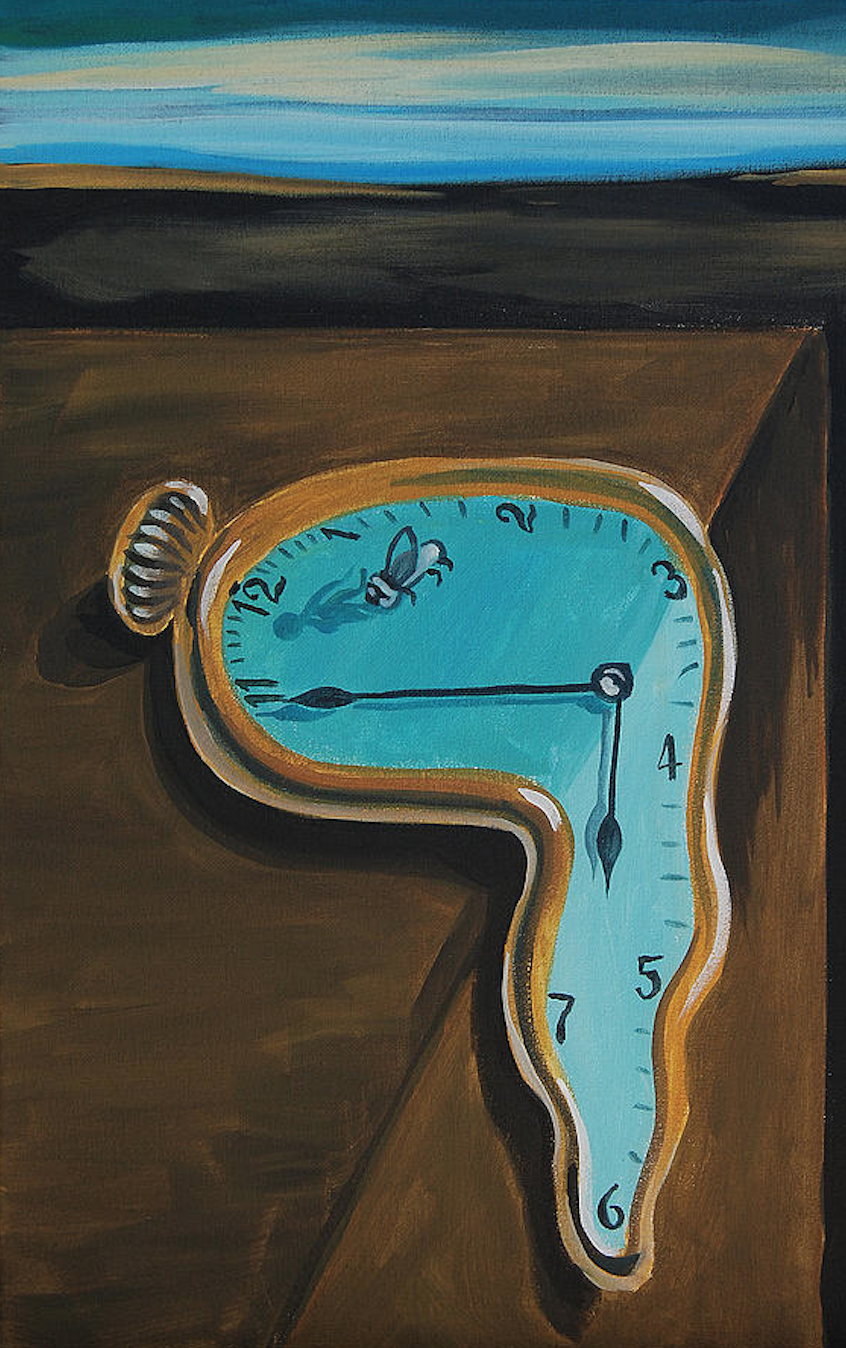 Detail from “The Persistence of Memory” by Salvador Dalí.

Sad and lonely, that’s how I wake during this Venus Retrograde in Scorpio. The regret of what should have been said, could have been done. How love was failed, how missed opportunities loom–that dropped ball, unacknowledged joke, declaration unmade. How doors were shut and labors were lost and hopes were shattered. Again. Again. The so so so many ways we missed each other because of scars already sustained, burdens already borne. The clock ticking-ticking-ticking–no time, no space for the messy, complicated ways of wounded people who still want love. To give it, to receive it. To improve, to learn. It’s not just you. It’s not just me. It’s just sad.

I open social media despite best intentions and a Yuseff Lateef quote gleams:

Loveless moments are to be avoided.

I nod twice, fast. Then fight back yet more tears. Because: how? Love thrives in kairos, not chaos. I flash on the first time we had coffee. In his 1940s rasp, chewing gum no less, he’d said: “We’re all broken!” And that foxhole solidarity, so cheerfully delivered, made me sure we could fulfill the promise of our shared smiles.

When will I learn? We cannot protect our hearts by protecting our hearts. The only way forward is to open, wide.*