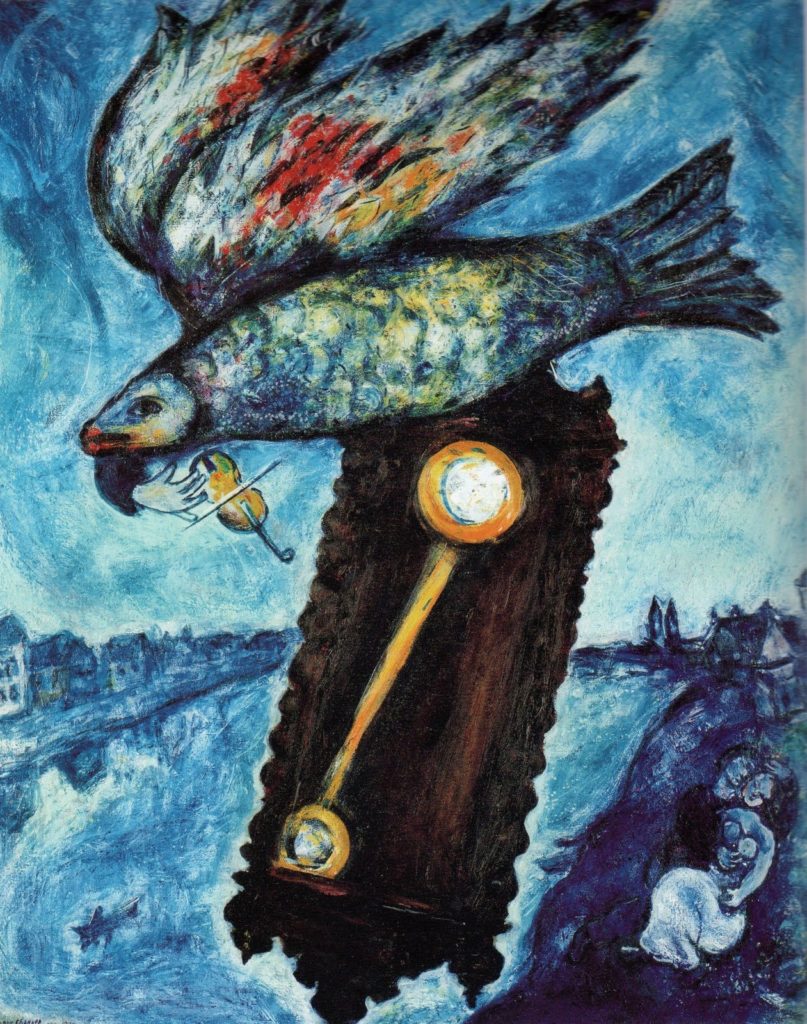 Time Is A River Without Banks–Marc Chagall

Today is Rosh Hoshanah, which any New Yorker worth their Kosher salt knows is the Jewish new year.

Gd knows my Italian-American Muppet critics were all over it this morning. Shana tova, kid! they crowed as I slid into the coffee shop for my Americano.

This, after I ushered in the the first morning of 5780 from East River Park, the best sunrise spot in the whole city. Though it was cloudy, Lady Sun was trying her damndest to arrive in a blaze of glory. The results were muted but lovely, as were all the New Yorkers running, walking, biking, tai-chi-ing by the water’s edge. A special glint everywhere.

The glint of rebirth.

In my head there are so many different new years. The new year of every cosmology, and the new year of every individual, which is how I view birthdays. Mine falls on January 19, which I consider magnificent not only because it is Dolly Parton and Cindy Sherman’s birthday but because it grants me a clutch of get-away-free days after the Christian Calendar new year, otherwise known as the phony birthday of Jesus.

Some historians suggest JC was actually born on the Aries-Pisces cusp (March 19), which would make a lot more sense astrologically since he embodied the oldest-soul energy (Pisces) and the freshest start (Aries). The Romans were just looking to eclipse the pagan celebration of the winter solstice, just like they wished to eclipse his more socialist and humanitarian messages.

Which brings me to today–my favorite new year, really. It’s just so Jewish to commence a year just as flowers are losing their bloom and leaves are dropping from trees. When everything is equally bittersweet and beautiful–not unlike this business of being Jewish.

I love that Rosh Hoshanah takes place a few weeks after the beginning of the school year, when we’re earnest about new projects and big-girl pants after a summer of (getting in each others’) knickers. The weather is deliciously accommodating–mild enough that it doesn’t demand your attention, cooler as it tucks you in for the night. It’s weather for getting things done.

But what I love most is the solidarity I sense everywhere, however fleetingly. It’s part and parcel with Libra season.

Because my mother is a gentile by birth, I’ve never felt fully accepted as a Jew, especially because my parents weren’t synagogue types. (My mom being more of an unintentional messianic Jew; my old man, an agnostic if not flat-out atheist.)

And there are strains of Judaism I don’t dig, though there’s no reason to spell that out during the high holidays. Suffice it to say I’m not a fan of fundamentalists of any faith. But a tribe that is both blood-let and blood-driven, interrogative and declarative–well, it’s so painfully, proudly human. Plus the whole extroverted introvert dynamic–as Jewish as it comes–suits me to a T.

So, yes, I am Jew-ish, something I contemplate every year when the High Holidays roll around. Part of the tribe, yet not. And while this means I allow myself a raincheck on Yom Kippur fasting–after decades of anorexia, mama doesn’t miss a meal–I’m here for Rosh Hoshanah. 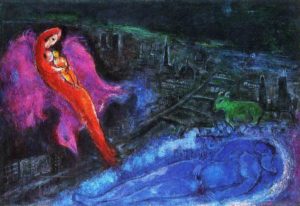 Because I adore the unification it confers, however briefly. The conflation of old and new, light and dark, sour and sweet. I felt it this morning as I walked at the river’s edge, the sunlight bathing we water worshippers in her unusually soft gaze as we greeted each other open and unchecked. Not everyone may have known it was a new year, but they felt it.

The skin protecting us from wind, water, each other–it’s just the thinnest veneer separating us from our shared soul.

Shana tova, you gorgeously flawed humans. May we honor each others’ best selves–and our collective self!–in this beautiful, bittersweet new year.