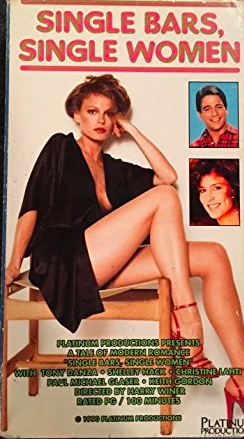 I’ve never been the type to pick up strangers and bed them. When I was younger, my approach was to take numbers—flirt copiously, then drift away. The occasional follow-up dinner, the potential plus one. But bedding someone—taking them inside myself in some way—always seemed so invasive that I reserved it for people I’d inspected closely, actually loved a lot. Perhaps it was the former anorexic in me. I used to joke that bulimics went through sexual partners like water, but we “restricters” hardly ever let anything inside. God knows I never swallowed when I gave blow jobs—too many calories.

Only once did I fuck a complete stranger. I picked him up at the coffee shop where I have met so many of my lovers over the years. Usually when I met someone there, we would commence a long, slow courtship that would take months, if not years, to consummate. Sometimes these people would become friends afterward, more often they never became anything but friends. Friendship really is the highest form of human relationship, anyway—the most elective, the most gracious.

Part of why I slept with this man was I’d just ended it with someone who didn’t deserve any mourning. He’d been my boss—was still my boss, in fact, and wielded a great deal of power over me. So my goal was to get over him as soon as possible—to get the taste out of my mouth, so to speak. 2011 was doggedly pre-#metoo.

Another reason I bedded this stranger was plain curiosity. I was at the end of my 30s, and in the business of checking off boxes as I rounded the corner to what seemed like the End of Everything but was really just My Youth. Fucking the brains out of someone I’d just met seemed as good a way as any to enter my 40s.

As I write this, it feels like I’m not describing another stage of life so much as another world entirely—one where you could loiter inside crowded coffee shops, jostle strangers on the subway, stride around town without a mask.

Fuck someone you met the same day.

The third reason I bedded this stranger was that he was appealing in the exact manner of my last lover. I’m not really someone who has a type, but I do have streaks. Throughout my 20s I dated very tall, handsome, clever men—ones whose genes must have been subconsciously signaling to my own. After that, I just dated thematically—brilliant weasels who were 8 years younger than me. Masculine, whiny women with dark limpid eyes. The list goes on.

My boss had been a controlling, phlegmatic type with narrow shoulders and lovely long fingers—a certain nervousness masquerading as nerviness. He had the small mouth and beautiful eyes of all the half-Irish, half-Italian men I’ve known, and growing up in Boston I’ve known my fair share. My boss was also a real piece of work. 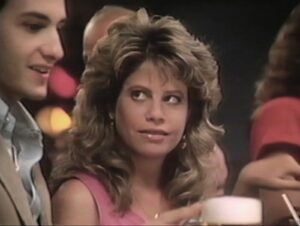 This man was a real piece of work as well, or at least seemed to be during what turned out to be our very brief interlude. I should have known since more often than not you really can judge a book by its cover, at least if you’re an intuitive. But as he and I traded smart-people jokes over a crossword, all that mattered was that sleeping with him would mean the last person I slept with would no longer be my direct supervisor.

It was an especially dreary and dark January, and when we ducked outside for a quick cigarette (smoking socially seems a different era indeed), he pulled up the collar of his very fine plaid coat and winked. That tiny matinee idol moment was all it took to seal the deal, most likely because I’d made my decision before I’d even got up that day.

So from coffee this man and I went to dinner, where he rattled on about an ex-girlfriend in Berlin, and insisted on splitting the bill down to the last cent. Under the guise of “small worlds” I asked what his ex looked like—“the name sounds familiar”—and he described me to a T.

Back at my house we began kissing as soon as I shut the front door and it was bad, really bad—wet clams wriggling, too much tongue, not enough heat. Nevertheless we persisted, dispassionately making our way to the bedroom, where he immediately took off all his clothes but his socks, then lay back expectantly. I looked at his economical body—lean muscles, tidy six-pack, all so much like my last lover’s—and realized with relief this was the last conventionally “fit” person I’d ever be fucking. So little to work with, if you ask me.

Though our mutual diffidence was apparent, it never occurred to me to call off the shtupping before it began. In retrospect I didn’t feel pressure so much as an investment in the story I’d tell later, which is the most shameful detail in this story. My pussy, usually incriminatingly wet, was dry as sand and his cock lay sleepily on its side, half-erect at best. Still I stripped and climbed next to his cold, familiar-unfamiliar body beneath the sheets.

After a beat, I realized he wasn’t going to make another move so I pulled his pretty hands inside me and began to guide them while my mind whirred with images having nothing to do with parsimonious small men. Eventually he found his way, as they say, and by then his cock achieved a certain engagement. But his own release was never achieved—I wasn’t especially availing myself, and after a certain amount of tussling we simply lost momentum. It didn’t help that he never stopped droning about Berlin. I was not interested enough in him to mind, but it was clear that “Berlin” was code for “the girl I left behind.”

“Will you be going back soon?” I asked, realizing I was hoping he would be going back immediately—like, say, in the next 10 minutes.

He turned to me. “Do you want to watch a movie?”

“Actually, I think I’m going to do a little work,” I said, and stood up pointedly. Please don’t make me kick you out of my house, I prayed silently.

To help him take the hint, I pulled on my clothes and went into the other room, where I opened my computer and felt like a shit, a shanda—like a man, actually.

A few minutes later he padded after me, and began to root around for his shoes. “Should we exchange numbers?”

“Should we?” I asked brightly. God, this was easier than I’d thought.

Maybe he really wasn’t that bad. I have no idea, because I never had any intention of knowing him. He was another liberal-arts-educated guy who was pretty enough to pick up strange women and charismatic enough to not immediately send them running. Beyond that, he seemed sufferable, but barely. Certainly less so once our chemistry proved incompatible. I looked around my apartment as he finished dressing, making sure he was leaving nothing behind.

At the door he paused and looked at me searchingly. Perhaps our disconnect alarmed him. Perhaps his sense of isolation was even greater than my desperation to once again be alone. “Do you want…”

“Have a good life,” I said, and firmly closed the door in his face as his eyebrows began rising into his hairline. Only after hearing his footsteps on the stairs did I exhale.

That night I began sneezing and by morning was fully beset with a cold I vaguely recalled him mentioning. Serves me right, I thought. The whole experience was like a virus—alienating, rattling, gross. I was sick for two weeks—long enough that I began to unfunnily refer to my malady as an STD. How quaint that now seems.

And so much for fucking to tell a story later. I never told anyone about our interlude, never bothered to learn his name (only his ex’s).

May never have thought of him again had the idea of picking up a stranger —of touching a stranger in any way—not begun to seem like something out of a sci-fi movie made in the past about a present that never happened. One that projected its outdated mores on a future now passed–like a 2020 in which everyone went to sock hops or wore leisure suits and peace medallions. Or safely hugged long-lost friends.

Is there another reason that lonely, cold liaison keeps flashing in my mind? I suppose so I won’t glorify the recent past too much. We got here because we were there, essentially—a place where we didn’t value each other’s physicality, hardly valued anything at all. I flash on that evening and on the warmth I now want to share.

And still I want my space.