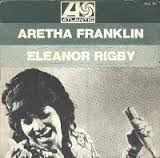 Backs are about supporting yourself while you stand on your own two feet. It’s the simplest thing in the world, really, but–like the dream whose meaning you don’t recognize until later–it’s taken me forever to absorb the meaning of my recent injury. For three days I couldn’t straighten my spine, let alone hobble to the other room; even now I can’t bend to feed my cat. I’m improving for sure but am aware my back went out the day a massive tax bill was due and I’d finally accepted that things were totally totally over with my last big love. (What can I say? My heart mends glacially.) After three days of misery, my godfamily came down from Boston in a whirlwind of mermaid-colored nail polish and Jewfood take-out and rainbow Converse low-tops. While I moaned and groaned, they cleaned my house and generally did what I normally do for myself. Lo and behold! My back began to heal, as if it were relieved it didn’t have to bear all my burdens itself. After decades of abject codependency followed by years of dogged solitude, it seems I’d forgotten anyone could help me in an uncomplicated way.

I know I’m at a serious crossroads because all I can listen to is Aretha Franklin. Specifically, her cover of “Eleanor Rigby,” in which she sings as Eleanor Rigby. Who but the Queen of Soul would treat that lonely British woman as a subject to empower rather than an object of pity? Amazing, if painfully relevant. I rediscovered the track when Melina, my bestie since I was six (her two kids are my goddaughters), said it was impossible to cover the Beatles because nothing can make us forget their originals. Aretha can make anything her own, I said, and played this song to prove my point. The two of us listened with the huge grins we’ve shared while

listening to music since we were kids.

Only Aretha could coax me into registering the full weight of the loneliness I’d been ignoring even after it crushed my back. I’m sure kicking sugar paved the way for such stark self-revelation–it was my last crutch, I’d whined to my shrink the day before my back gave out–but no one ever said detoxing was pretty. This week, as I slowly stand back up, I’ve got Melina and Aretha to thank. Loneliness may be real but we’re never really alone. Too bad the universe must devise such wickedly literal alarm clocks to wake us from our illusions.

The Return of Reikitty
A Film of One’s Own: Spinsters in Cinema