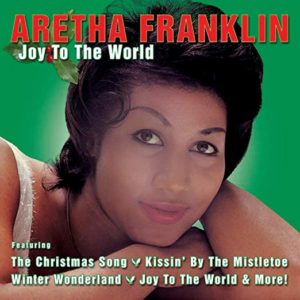 This time of year is always bittersweet for me. When I was a girl, unspoken battles raged between my Episcopalian mother and Jewish father over how much Christmas was going to make it into our house. Since then, I’ve felt guilty if I’ve leaned too far into the pageantry, deprived of magic if I haven’t.

It got more complicated as the years passed and I grew more devoutly alone–do you really get a tree just for yourself? Drag out the ornaments you’ve quietly collected over the years?

A few times I bought my own tree. But though the smell was wonderful and Grace’s green eyes rounded with an awe that filled my heart, it was hard to miss the pity in the delivery guy’s eyes when he dragged it the three flights up to my apartment. Harder still to lug it out myself later, clean up those pine needles that never seem to disappear.

In more recent years, I’ve improvised–decorated my home with pine branches he’s slipped me as a compromise, strung up blue lights to match my robin’s egg front room. I always make a holiday playlist–this year it’s called December Will Be Magic Again–and always plan a sumptuous menu to eat whenever I please. I rarely make many plans with others.

It’s just too complicated this time of year.

Tonight I listened to the new mix –the titular Kate Bush song, Al Green’s “Everything’s Gonna Be Alright,” Aretha’s “Let It Be,” Aretha’s, Beyoncé’s, and Stevie’s “Ave Maria,” Dolly and Sia’s “Here I Am,” Ella and Louis’s “Frim Fram Sauce,” Mariah’s “I Believe,” Ledisi’s “I Tried,” Prince’s “Lonely Christmas,” Mary Mary’s “Praise You.” You get the picture. Red candles burning through the house, I roasted fennel, clementines, and shrimp in chili oil and kept listening, sipping red wine in that quiet fire. Grace climbed all over me because there’s little she loves as much as big vocals.

To be honest, she gets that from Mr. Oyster. I haven’t written about him without bitterness in years, but before things got ugly they were so beautiful; he was an ardent, thoughtful suitor. When Grace first came to live with me, he used to bring over his trombone and play just for her.

Then we’d make up songs together–man, were our rhymes goofy–and warble along with Aretha and Stevie while she’d race in between our legs, squeaking with pleasure.

Those days are mostly foggy now, but I still live with this sweetly striped baby tiger, and she leaps into my arms whenever I belt out a song, sways her tail in time with my hips. I can’t help but smile through tears, cliché be damned. Because I know she got her love of music from my lost love, and nothing can entirely sour the memory of such sweetness. It’s mine forever, and maybe his too. So much went down between us that we pass each other on the street like strangers now, but true love leaves its mark long after you can usher it into your hearth. So I live with a tiny soul kitten who pricks up her ears whenever she hears a trombone solo.

And that’s not sad. Just bittersweet.